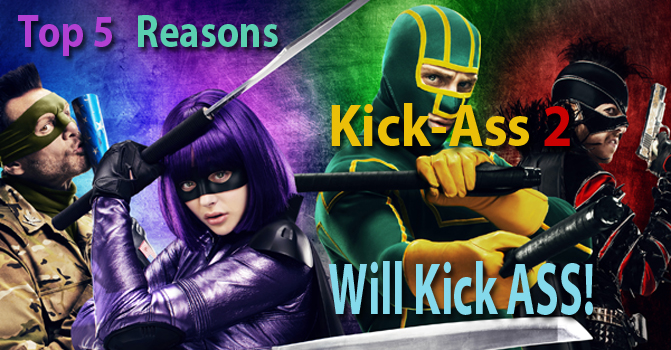 In 2010’s Kick-Ass, a new breed of superhero was born. The appeal of the everyday teenager with no superpowers becoming a crime fighting icon inspired the hero in us all (at least in theory). It did for lycra suits and nunchucks what Harry Potter did for capes and wands. A well mixed combo of high octane action, comic book lore, humour and a foul mouthed uber tough little girl made it a break out hit. In 2013 the much anticipated sequel imaginatively named Kick-Ass 2 will hit screens on August 14th and here are 5 reasons we think the movie will KICK ASS. 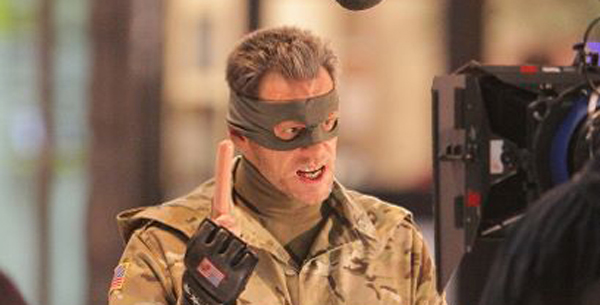 The legendary rubber faced comic genius that is Jim Carrey stars in the sequel as a crime-fighting companion for our hero Kick Ass (Aaron Taylor-Johnson). He plays Colonel Stars and Stripes: a former mobster turned good. The Colonel is the leader of Justice Forever, a group of vigilante heroes inspired by Kick-Ass to clean up their streets once and for all.

Carrey is no stranger to the genre after his excellent performance in Batman Forever as The Riddler. In what was the only credible thing about the film Carrey nailed the part of the maniacal villain. His A-list presence and versatility will be a huge boost to the Kick-Ass franchise. The Colonel has a trusted sidekick in the form of a masked German shepherd known as Sophia and their combined talents have us licking our lips with anticipation. 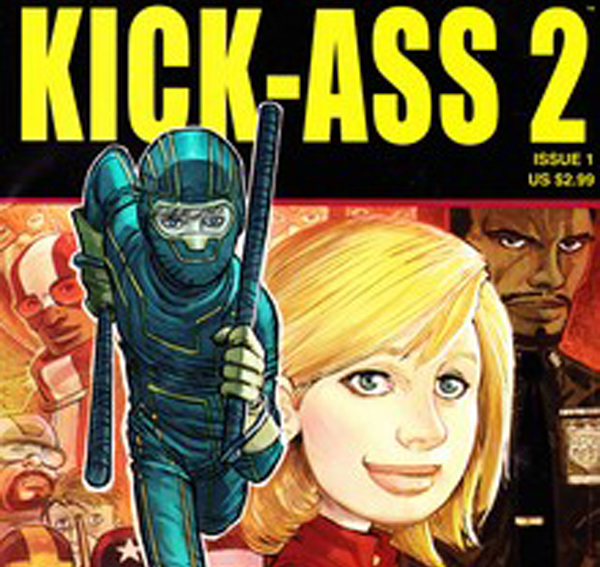 In 2010, Mark Millar committed to writing the Third volume to the Kick-Ass comic series and he delivered. The story sees the characters from Kick-Ass evolve as they each take different paths. Kick-Ass attempts to put together a band of crime fighting superheroes to take on Red Mist (Christopher Mintz-Plasse), now known as the Motherf*cker, and his newly formed crew of supervillains. The sequel comic book was a hit with fans and Millar has said he has a further two as yet untitled volumes in mind to end the series. 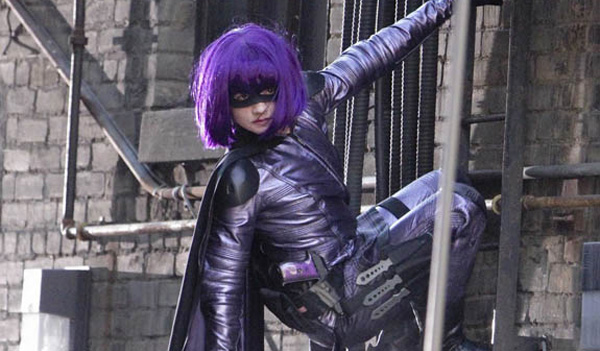 Chloe Grace Moretz returns as Mindy Macready aka Hit Girl. The scene-stealing wonder that dazzled audiences in the first instalment is now older and wiser. She attempts to put her crime fighting past behind her and live a normal life of a 12 year old girl. We can expect a lot more of the same as Hit Girl is lured back to her superhero calling to literally kick ass! 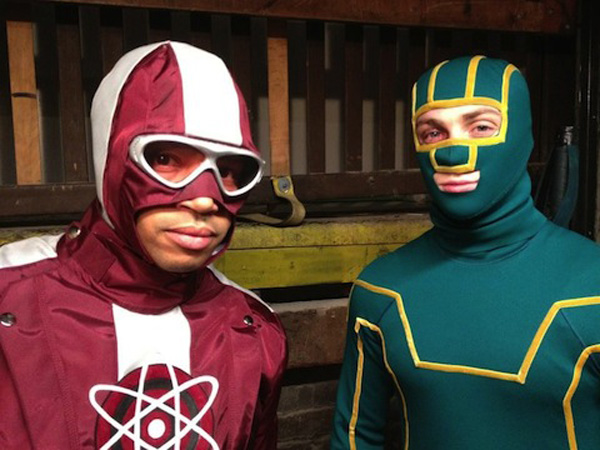 With any sequel come new characters to mix it up with the old. Along with Carrey’s Colonel Stars and Stripes, expect good turns from Donald Faison (Scrubs’ Dr Turk to you and me) as Doctor Gravity and Clarke Duke (Greek), back as Kick-Ass’s best friend Marty, now with an alter ego of his own in Battle Guy. Other characters to look out for are John Leguizamo’s Javier and Lindy Booth’s Night Bitch. 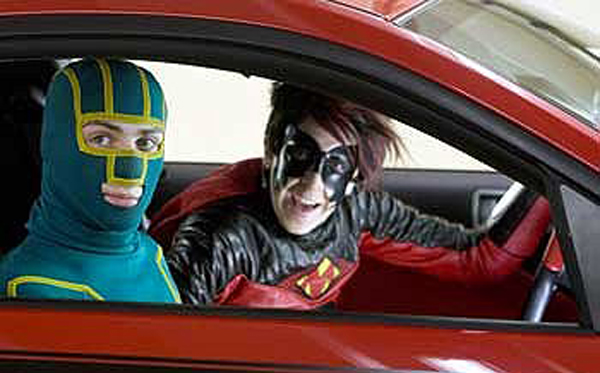 Red Mist takes a leap to the dark side in the sequel, turning into the ultimate super-villain. Changing his name to the Motherf*cker, he plans to strike fear on the streets of his city by getting his loyal followers, known as the Toxic Mega-C*nts, to perform random acts of shocking violence on innocent people and videoing their atrocities on their phones. Fuelled by revenge, he then wages all out war on Kick-Ass as he holds him responsible for his fathers death. The two old friends do battle, both adding the same warmth and humour that made Kick-Ass so popular the first time around.
We can’t wait to finally go and Kick more Ass!