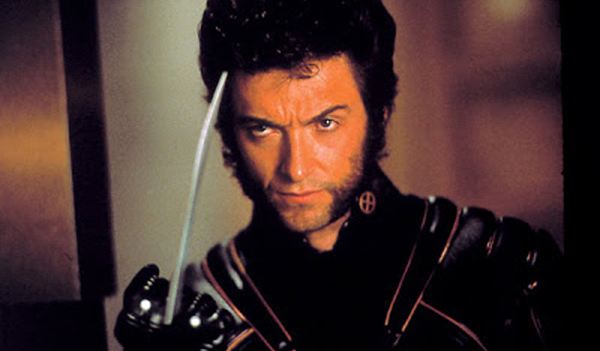 Pretty much everyone loves Wolverine in the X-Men films because he consistently gets the best moments. Wolverine tends to gets the most character development, has the best one liners, and has some of the most well thought out fight scenes in the entire series. Of course with The Wolverine coming out on Friday, it is time to ramble on about some favorite moments from the past decade of movies (sorry X-Men: Evolution, you really deserve your own list). Of course some of the little moments won’t make the list (looking at you Logan’s utter distain to Cyclops listening to N’sync) but we still have plenty of moments to choose from. So let’s go ahead and take a quick trip down memory lane and, knowing Logan, there are going to be a lot of bodies and Canada references on this list.

Because it’s so hard to pick only five or even ten moments that really capture Hugh Jackman’s performance as Wolverine, and because there are five films to choose clips from, David, Rob, Scott, and Chris all got together and decided to do a Top 15 list broken into three sections. Today, we’ll be looking at Wolvie’s Top 5 Most Utterly Badass Moments!

X-Men: The Last Stand may not be a great work of cinema, but it certainly provided the requisite number of awesome Wolverine moments. Case and point: the whole opening sequence set in a simulation of post-apocalyptia.

Wolverine is on typical laconic form, more concerned about his smokables than his physical well-being. He strolls through the battlefield like he owns the place and single-handedly brings down a Sentinel in his and Colussus’ signature team-up move, the “Fastball Special”.

He might not be a team player, but when you’re an army of one, who needs a team? Class dismissed!

With Cerebro fresh out of R&D and on a young Charles Xavier’s not yet balding head, Charles and future nemesis Eric set out on a cross-country montage to recruit as many plucky and quirky mutants that they can find in X-Men: First Class. The only one to tell them “no”, or rather “Go f*ck yourself”, is Wolverine.

The “go f*ck yourself” scene just totally works because yeah, one of the first things you ask yourself when someone tells you about an X-Men movie that takes place during the groovy sixties is where Wolverine’s ass is at. In fact, you have to ask yourself why Charles didn’t try to locate Wovlerine before the events of X-Men. This scene provides a rather succinct answer.

Now, this scene likely takes place before the events of X-Men Origins: Wolverine, meaning that Logan likely would later get the entire event wiped from his memory, although Magneto and Charles Xavier suddenly not looking like Michael Fassbender and James McAvoy and more like Ian McKellen and Patrick Stewart surely would have confused anyone, regardless of adamantium bullets to the face.