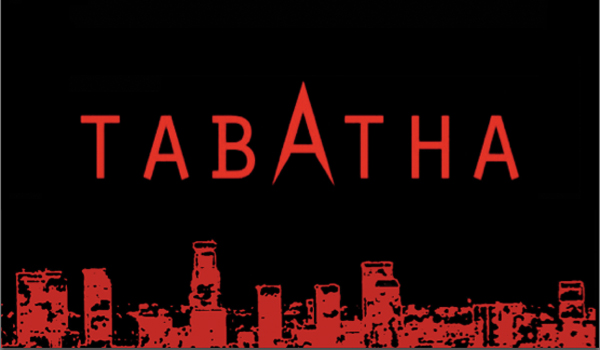 Los Angeles is described in Tabatha as being a “city of hope” against a panel showing a homeless man, which sets the tone for the dark, creative and downright brilliant story that follows.

The first several pages establish the story and characters of what, with this being the first issue, is a world that the audience will be unfamiliar with, and it manages to do this successfully without becoming too worked up over the details or spending too much time introducing the characters.

Meet Luke, nicknamed Fluke, a hapless, down-on-his-luck delivery man in downtown LA, who has a habit of saying things at the wrong time, such as telling a beautiful woman that he has a big package for her when giving her her mail. But Luke has a bit on the side: he robs peoples’ houses at night. And that’s where the darker side of the story begins.

After finding the body of the woman mentioned above among other bodies in a house that he was supposed to be robbing, Luke returns to the house to gain evidence to inform the police, despite knowing that doing so will have him arrested for burglary. And when his fate is left in question at the end of the issue, you want to know, more then anything, what has happened to him. 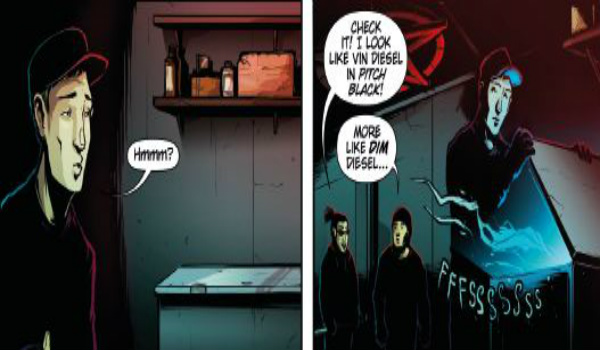 One of the things that makes the first issue of Tabatha such an enjoyable read is that Luke is such a likeable character. People always have a soft spot for the little guy and enjoy reading about characters more unlucky then they are. And Luke, as we learn, is unable to even do his job of delivering the mail without making a mess of things. One of the most entering things about Luke are the awkward and humorous situations that he finds himself in, such as being accused of trespassing when he enters a house, because, as it turns out, it was the parrot that told him to come in, or when he recoils in horror as a naked overweight man opens the door. Luke never loses his temper or flips out, another important feature of ta character that the audience will like.

Writer Neil Gibson clearly has a strong spot for characterisation, as there is not a single stock figure in sight. Instead we have characters who we will enjoy seeing developed throughout the course of the series. Two of the supporting characters, Luke’s friend Fin and his girlfriend having a heated argument in front of Luke, leading to Fin to make a list of awkward times that she stars, and arguments, such as when he is putting out a kitchen fire or when they are having sex.

Despite being dark, macabre and containing the occasional moment of brutality, such as the bodies in the attic, the issue has no shortage of laughs, leading to a welcome break from all the comics nowadays which seem to take themselves far too seriously. Casper Wijngaard’s artwork brilliantly captures a darker side to Los Angeles rarely portrayed elsewhere, and when he draws a particularly nasty part towards the end, well, lets just say that you get your money’s worth.

The supernatural elements of the series are not featured in this issue, instead only being hinted at, such as a mysterious, secretive man giving Fin a box containing a severed hand and a note saying “leave me and Tabatha alone” raising the question, who is he and who is Tabatha? Are they serial killers, or vampires, or what? And why were the dead bodies in the attic? These questions leave the reader hungry for more, so future issues of Tabatha could not come sooner. And despite the fact that Gibson does a great job of frightening the viewer, such as having a mysterious, shadowy figure approach Luke from behind, leaving Luke’s fate in doubt, he also does a great job of balancing it with more humorous and lighthearted elements,  such as an argument in the car about which music should be played on the radio.

Tabitha #1 does a fine job of introducing viewers to a series that, if future issues hold up the same quality, is bound to become a classic. And hopefully, when the series becomes more well known, people will stop confusing Neil Gibson with Mel Gibson, as if often the case, as described in a publisher’s note in the issue.

Find out more about Tabatha and more from Neil Gibson at www.NeilGibsonComics.com. We’ll be taking a look at the Twisted Dark  series next, so keep an eye out for our review!