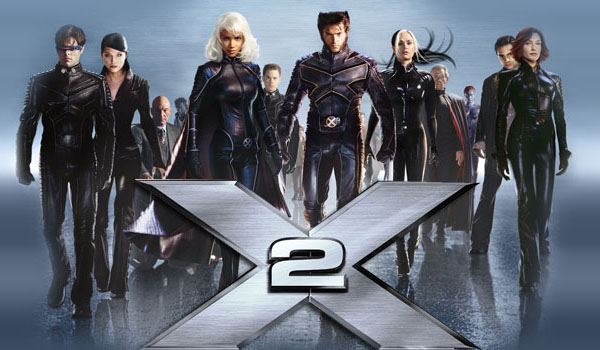 Even though it has now been ten years, I can still remember racing over to the cinema after school and waiting in line for hours so that I could get the best seat in the house for the opening evening showing of X2: X-Men United. I’ve said before that the first X-Men film was my first real introduction to the wider world of superheroes, and by the time X2 came out, I was a well-read expert looking forward to seeing the promised big screen debuts of mutants Nightcrawler, Colossus, and Lady Deathstrike. I was not disappointed in the least. X2 showed the world that superhero films could be more than pure popcorn fodder by providing relatable metaphors for real-world issues as well as creating an interesting story and characters. And, of course, a fair share of unforgettable scenes!

The film starts with one of my favourite opening sequences, period.  We are brought right into the center of the conflict that has gripped the nation and the world, and introduced to the very real fear of what mutants are capable of. Nightcrawler (later revealed to be under the influence of mutant mind control) uses his teleportation powers and frightening appearance to excellent effect as he stages a one-mutant attack on the Oval Office. Bryan Singer shot the scene masterfully, swinging the camera down a corridor, through a peephole, and across the frighten faces of the Secret Service agents looking for the source of the attack. Even ten years later, the scene stands as an effective hook to bring the audience straight into the film.

From there, we are reintroduced to the characters we met in the first installment. Wolverine has trekked to the north in search of answers, but finding nothing. Jean’s powers have apparently been increasing since the events of the previous film, and Bobby and Rogue have continued their still-non-physical relationship. The first act of the film is mainly concerned with setting up the fact that William Stryker is manipulating the President into giving him the authority to wage war on mutant kind, culminating in the highly memorable assault on the Xavier Institute.

Forced to flee, Rogue, Bobby/Iceman, John/Pyro, and Wolverine end up at Bobby’s parents house. This is perhaps the most resonating scene in the film, as Bobby finally comes out of the X-closet, revealing he is a mutant to his family. This scene plays almost exactly as though Bobby were telling his parents he were gay and is full of moments that many teens (gay or no) can relate to. The simple fact that a superhero film managed to work in such themes is a heroic feat to be sure.

Moving into the climactic third act, set at the Alkali Lake Dam, we finally get all that action we were promised earlier. Mystique takes down a whole squadron of Styker’s men single-handedly. Jean fights a mind-controlled Cyclops, although it ends disappointingly quickly, I suppose there’s only so much that could be done. But the fight that really claws its way to the top is the brawl between Wolverine and Lady Deathstrike. I have to say, even today I find myself glued to my seat for the entire scene and it still stands as the best of Wolverine’s on-screen fights in my mind.

With so many amazing scenes, which come together to a rather amazing whole, it’s no small wonder that the film still stands up as the best of the X-Men trilogy and as one of the best films in the genre to date. Gracefully interweaving themes of prejudice and genocide with epic action, it showed the world that superhero films, and superheroes in general, are more than just mutants in yellow spandex.