Home » Blade: Should Marvel Reboot or Make Another Sequel? 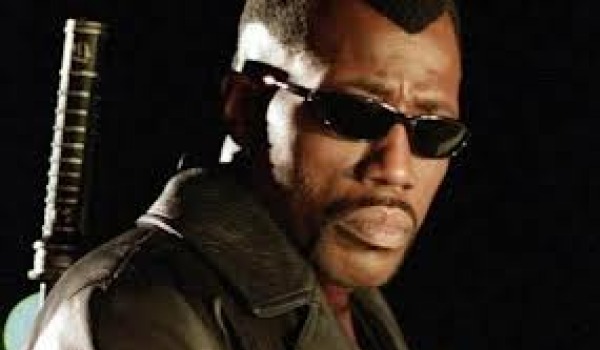 I’ll always remember the first time I watched Blade. The opening scene really stuck in my mind; it was terrifying and amazing at the same time. I had never seen anything like it: a night club turned blood-showered vampire fest -rave culture meets creatures of the night. I was immediately hooked and the film just got better from there. Blade has done it all, protected the human race from vampires, formed an agreement with the vampire council and taken on Dracula himself. The Blade Trilogy is action packed and bursting with creativity. It’s a dark franchise, full of birth trauma and blood-letting, and is utterly distinctive among the superhero genre.

The Hollywood Reporter stated that Marvel has a script planned for another Blade film, but will it be a reboot or another sequel? I personally feel it’s too early for the former: it was only fifteen years ago that we were first greeted with Blade on the big screen and there are still many options left open for a sequel. As Hannibal told us in Blade: Trinity, “Blade was still out there somewhere, doing what he did best. He was a weapon, his life was a war and everybody knows the war never ends”. This opens up a whole world of new adventure for Blade; who knows who he’ll be up against next!

Maybe Lilith Drake, Dracula’s daughter, could be his next battle, or perhaps Michael Morbius could unleash his superhuman abilities to create chaos and wreak havoc leading to the inevitable faceoff between him and Blade. There are many possibilities and it would be great to see these explored within the current continuity. I’m sure Blade fans would rather see Blade in another installment than a straight reboot, but then again look at The Dark Knight Trilogy. If Batman Begins can tell the story of Bruce Wayne from a completely new perspective, maybe a new take on Blade would be even better than the original, but I find it hard to imagine anyone but Wesley Snipes in the title role.

David S. Goyer has written all previous Blade films, and directed Blade: Trinity. Other work of his includes The Dark Knight franchise and Man of Steel, both of which he co-wrote, and Ghost Rider, on which he was the Executive Producer. He has a lot of superhero film experience and, seeing as he was heavily involved in all previous Blade films, it would be nice for him to be able to continue the story, regardless of who else is involved. There’s more news due as to Marvel’s ambition with the new Blade script; it’s still early days yet and who knows what will come of it. As well as a new Blade, there have been reports on a Ms. Marvel movie for which there is a script ready to go!

So, until further notice, all we know is that Marvel has a new Blade film in the pipeline. Reboot or sequel remains to be seen; all we can hope for is that it will live up to the character’s bad-ass legacy.

Which would you rather see for the next Blade film: a reboot or a sequel?