Home » The Dark Knight 5 Years On: Did Heath Ledger Deserve the Oscar? 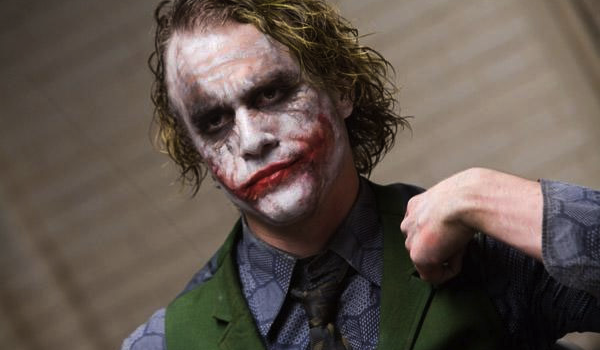 Five years have passed since the release of The Dark Knight, but it still feels like it’s just as much in the pop culture zeitgeist as the day it was released. I can’t count the number of parodies, memes, and articles I’ve seen about the film, or the number of people who cling to it like a rock in a storm when asked what their favourite superhero film is. It still stands as the standard by which all superhero films are held, and not even its long awaited sequel was able to match its quality.

Now, The Dark Knight will always have a place in my heart and stands as one of my favourite films (no need to qualify with “superhero”). But I am aware that not everyone agrees that it’s so amazing, and one of the main points of contention is whether Heath Ledger actually deserved to win the Oscar for his portrayal of the Joker. And, as much as it pains me to admit it, I don’t think he would have won had he been alive to accept it.

Superhero films have been notoriously overlooked by the Academy, especially in the acting and directing categories, and I must admit I was surprised that The Dark Knight didn’t receive more nominations than it did. I will also agree wholeheartedly that Heath Ledger was absolutely fantastic in the role, bringing the Joker to life in a way no one else ever has. He disappeared into the role, hardly recognisable under all the make-up, and many point to this transformation as the cause of his death. But whether or not Ledger actually did give a performance to die for, the Oscar felt like more of a post-mortem lifetime achievement award than a true win.

That said, his was not the only unexpected nomination in the Best Supporting Actor category that year. Robert Downey Jr. got a nod for playing the first blackface role in decades, an odd choice for the Academy and one that makes you wonder why he’s never been nominated for playing Iron Man. In a strange coincidence, Phillip Seymour Hoffman, who beat Ledger in the Best Actor category three years previously, was also in the running. For many, Hoffman was the favourite to win, with Josh Brolin, nominated for his role in Milk, as the next most likely contender. And yet, it was Ledger who, finally, won out.

As I said, in 2006 Ledger was nominated for Best Actor for his role in Brokeback Mountain, which, ironically, was a much more typical Oscar-winning part. Despite stiff competition, it was widely agreed that he was just as deserving as winner Hoffman. It appeared to many that giving Ledger the Oscar for playing the Joker was their way of making up for the previous oversight.

Personally, as I’ve said, I think that Ledger’s performance was iconic, and has certainly changed the face of the Joker for years to come. I do not envy the next actor to fill those giant shoes; if nothing else, Ledger certainly set the bar high for villainous acting. But part of me still feels that maybe he shouldn’t have gotten the Oscar, that maybe the nomination was enough.

What do you think? Should Ledger have won the Oscar, or would you have rather seen Robert Downey Jr. walk away with the statue? Does his performance still hold up today? Sound off below!