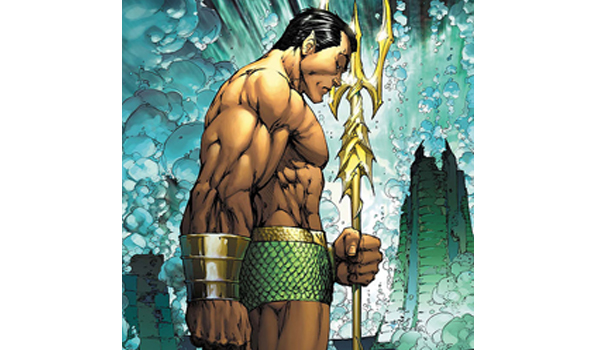 In this new series, we take a closer look at some of our favourite characters that seem to never quite make it into the spotlight. We discuss their history, powers, and why we like them after all this time!

Fiction is littered with characters who embody traits that identify them as badasses. The anti-heroes who aren’t afraid to do the things your average superhero won’t. From Vegeta to Wolverine they all have something that makes them memorable and engaging. One of my all time favourites would have to be Namor the Sub-Mariner. Few personify arrogance and nobility the way he does. Often compared to Aquaman, Namor remains one of Marvel’s oldest characters. He was first created in 1939 by writer and artist Bill Everett in the pages of Motion Picture Funnies Weekly. His name derives from Everett writing down noble sounding names backwards until he settled on the reverse spelling of Roman.

Namor is considered ‘Marvel’s First Mutant’ long before any of the X-Men came along. His status as a mutant was only recently confirmed during The Illuminati mini series in 2005. He’s also the first documented comic character with the power of flight. Although he has made appearances in animated formats such as Fantastic Four: World’s Greatest Heroes he has yet to make his debut on the silver screen. An article at screenrant.com confirms that the rights to a Namor film are currently with Universal.

One of the things that make the character so interesting is that he has acted as a foil for almost every major character and team in the Marvel Universe. The Fantastic Four are responsible for curing his amnesia, although in thanks he has repeatedly attempted to steal the Invisible Woman from Mr Fantastic. Namor fought alongside Captain America and the Defenders during WWII, has teamed up with the Avengers, and stood on the side of the X-Men.

Contrary to that is his distaste for the surface world and his desire to protect the people of Atlantis by any means necessary. He’s worked with Doctor Doom and gone to war with Black Panther and Wakanda. This duality and conflicting traits makes for a compelling character. With all this rich history why then is the Sub-Mariner underrated? Although enjoying a lengthy solo series during the Silver Age of comics from 1968 to 74, his last series in 2011 finished less than a year into publication. Some may argue a protagonist is only as good as their supporting cast. Namor has built up a gallery of water themed enemies but little has been done to revive them, save for appearances by Attuma and Tiger Shark.

Namor’s arrogance shines when surrounded by characters he can feed off, such as Bucky Barnes or Cyclops. He’s at his best when his superiority complex is at the forefront. Personally, I’d enjoy seeing another Namor ongoing series, but can appreciate that he works well when having someone else to play off. A good example is his current presence in the New Avengers title pitting him against T’Challa while being the cynical realist of the group.

The Sub-Mariner is a character who paved the way for a lot of anti-heroes to thrive. He may not be at the height of popularity but he is certainly enduring. Imperius Rex!

Who is your favourite anti-hero? Do you believe they are more interesting than the more traditional heroic archetype? Sound off in the comments below or send us your thoughts on Twitter!