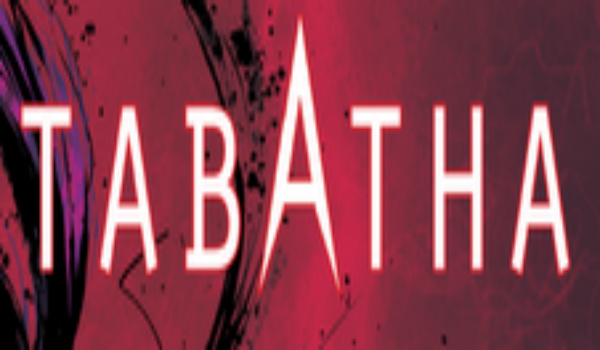 Tabatha looks like it might be remembered as one of the boldest and most original independent comic series out there, especially if issues #2 and 3 have anything to say about it.

Luke, the main character in Tabatha, is, as we discover via a series of flashbacks, someone not accustomed to standing up for himself: he spends most of his life being looked after by others, whether he needs defending from a school bully or rescuing from drowning. As such, it’s sorta understandable he’s not the sort of person who’s going to hold up very well in the face of kidnapping and torture.

The kidnaper uses Tabatha, a doll, to punish Luke for sticking her face in a “giant lizard’s crotch” and for stuffing plastic flowers up her butt. Even under torture, Luke can’t suppress a smile at hearing this, as well might you; unfortunately, his torturer is unable to see the funny side.

One of the greatest strengths of the first issue of Tabatha was that Luke was such a likable character, a bumbling deliveryman with a good heart – a Phillip J. Fry everyman type. Here, as the seemingly cowardly Luke takes the blame for acts committed by his brother, Fin (which costs him his hand) we realize that there is clearly much more to Luke then we were initially led to believe.

Most people in America can own a gun. Here with have a gun shop containing a customer who “just wants to bang”, another who is seemingly unable to tell a gun apart from an article of clothing, and another who believes the shop worker’s claims that Mossad is “a famous Israeli gunfighter”. Writer Neil Gibson may be British, but he sure has some good things to say about American society. Not to mention two siblings turning to crime to pay for their mother’s medical bills.

Casper Wijngaard’s artwork mixes a fine balance of playfulness and fear. Never too realistic or too cartoony, but treading a fine line in between, the way Wjingaard draws a dismemberment will turn you off, but the way he draws someone’s face after an awkward moment will make you laugh.

The horror elements of the series, only briefly touched upon in #1, are in full swing here. A Hollywood effects specialist who kills women, believing that he can transfer a doll’s consciousness into theirs (yup he’s crazy), sets out to kill Fin’s lover Bailey, who looks just like Tabatha. If #1 was a starter, #2 feels very much the main course, and #3 is dessert.

We also get a rewarding glimpse into the killer’s mind: while he does seem to express some regret for the murders that he committed, he is blinded by the fact that he sees his doll Tabatha as being an immaculate woman who he will devote his life to, creating something of a moral dilemma.

Instead of, y’know, getting help, Fin decides to barge into the killer’s house to try and rescue her by himself, a goal he is so intent on pursuing that he clearly forgot to tell anyone where he was going, the biggest no-no when entering into a dangerous situation.

Barging in to save the day, brick in hand, Bailey’s friend Ty demands that the killer leaves Baily alone, repeating the first part of Sigourney Weaver’s famous line from Aliens, but, forgetting the last word, and, after what must have been some careful thinking, settles for “fatty”. A macho pose and a puerile insult, as the killer explains, do not work well together.  The oddball humor of the first issue is very much intact.

With much of  issue 2 taking place in a creepy basement, and it’s one worthy of Buffalo Bill. When Bailey awakens there, we see first person shots of her slowly opening her eyes, and believe me, we don’t envy her.

The way that Neil Gibson turns typical narrative conventions on their heads never gets old. He spends a large part of Issue #3 detailing the escape of two imprisoned characters, only for them to be subdued and recaptured, killing any hope that the audience had for their survival along the way. A predictable mainstream happy ending story this ain’t.

The pacing of the series has built up to what will undoubtedly be a satisfying conclusion. Tabatha #4 could not come sooner.

Find our more about Tabatha and get a copy of your very own on Neil Gibson’s website here.