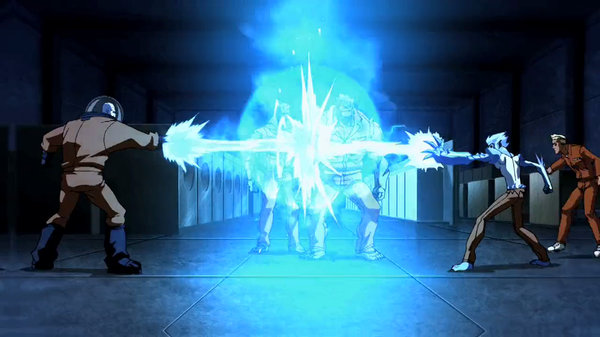 In the superpower lottery, the ability to create ice and snow is a pretty cool one to have. These kinds of villains certainly give me the chills. Okay, ice puns aside, you are guaranteed to get some fun when characters freeze over a city or landscape to turn it into a winter wonderland. Supervillains with ice powers can be awesome and could easily be considered comical for their wacky names and likely icy puns. However, they should not be underestimated, as the effects of the cold can be devastating for heroes and even make them severely ill. So, here are five blizzard-bringing badguys who definitely could kick some ice! Ice puns, galore!

Based on the mythological Norse figure, Laufey is King of the Frost Giants and a long-time enemy to Odin of Asgard. Laufey did not last long in the comics, dying at the hands of a Mjolnir-wielding Odin. But Laufey did leave behind a surviving child, namely Loki, who was adopted by Odin as his son. However, he wasn’t exactly the best dad (or mum, depending continuity): Odin considered Loki a runt and beat him. Living on Jotunheim, an entire planet made of ice, has its advantages, and being a Frost Giant allows Laufey to create weapons from ice, and he is immune to hypothermia and frostbite.

Laufey appears in Thor, played by Colm Feore, who tried to invade Earth a millennia ago but lost to Odin, and was forced to give up the Casket of Ancient Winters. Centuries on, Laufey had maintained a time of peace with the Asgardians, but Loki made plans with him to get revenge on Odin for the crimes he punished them with. Laufey is a villain, but is very pragmatic, calm, and polite towards Asgardians, allowing Thor and his friends to leave Jotunheim, though he gambled on Thor’s ego to kick off the intended war he planned against Asgard. While an effective villain, he was no match for the trickery of Loki, who kills the king to further spin his web in order to make himself worthy to be a son of Odin.

A recurring enemy of Firestorm, Killer Frost is a title held by several supervillains who possess ice powers and a chilly disposition. The first was Crystal Frost, who became an extreme crusader to wipe out men after her first love did not reciprocate her feelings and gained her powers after locking herself in a thermostat room. She died after absorbing too much energy from Firestorm. The second and most recognised is Louise Lincoln, who was a friend of the first and repeated the process Crystal went through to gain her own powers. Louise seemed to be a bit loopy, rescuing Lois Lane from Solomon Grundy only to tie her to a train track to get a reward for Lois’ death. She also “dated” Mr. Freeze at one point to defeat Firestorm, and then had a pretty awesome team up with Mr. Freeze, Captain Cold and Icicle Jr. in an attempt to defeat Batman and Superman.

Following the New 52 continuity reboot of the DC Universe, Killer Frost is now a terrorist named Loren Fontier who tried to gain the Firestorm Matrix from Jason Rusch and Ronnie Raymond. However, they transform into their respective Firestorms before her and leave her severely wounded, and when Loren’s associates find her, her body has been turned blue, turning her into Killer Frost. Then there was Caitlin Snow, who appeared in a one-shot Justice League of America comic, who works at a S.T.A.R. Labs outpost in the Arctic, but was exposed to the dangers of a coolant system and gained her powers, becoming a nutter for absorbing heat, but tried to suck out Firestorm’s energy to be cured of her affliction.

Talk about a cold-hearted bitch!

There have been two major villains named Icicle in the DC Universe, a father and son pair. The first Icicle was a mad scientist named Joar Mahkent who invented a freeze raygun capable of freezing solid moisture in the air and wore a special suit to protect him from the gun’s effects. He ultimately died in Crisis on Infinite Earths, and was replaced by his son Cameron as Icicle Jr., who was born with ice powers thanks to his father’s genetics being altered by the raygun and suit. They are perhaps best known for their appearance in episodes of Young Justice, teaming up with most of the other DC ice-based baddies on this list to start a breakout in Belle Reve Penitentiary. Icicle Jr. also appeared in the ninth season of Smallville, working for Amanda Waller as a hitman against members of the Justice League, unaware she was playing him. Oh, and his dad appeared to in a vegetative state, but Cameron, ever cold to his father, pulled the plug on him.