Home » Captain America: Who Are the Twins? 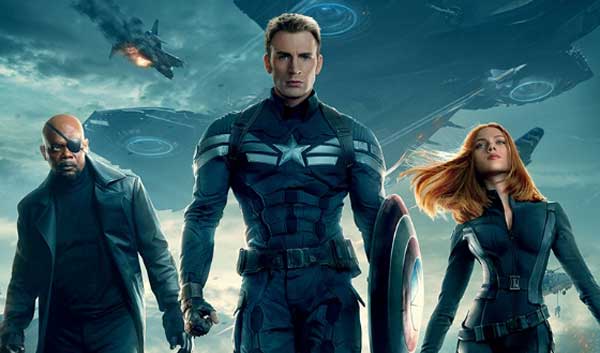 Warning! Major spoilers about the mid-credits scene of Captain America: The Winter Soldier below! Scroll down at your own risk! If you haven’t seen the film (or even if you have), you may want to start with our review.

As soon as I left the theatre after seeing Captain America: The Winter Soldier, three of my friends immediately turned to me with the same burning question: “Who are the twins?”

For those who haven’t seen The Winter Soldier, the first post-credits scene features some former HYDRA scientists talking about the fallout from the events of the film, one of which is Thomas Kretschman‘s Baron Strucker, who was previously confirmed as a villain in Avengers: Age of Ultron.  He seems confident that his work will continue unimpeded, and we then see that he has Loki’s staff from Avengers Assemble. As he moves around the facility, his associate asks him about the twins, who we then see trapped in glass cells (which seem to be popping up all over the place lately). The male twin has white hair and moves at superspeed, bashing against the walls, while the female twin levitates some blocks before destroying one.

Now, most comic book fans will recognise these two as none other than Quicksilver and Scarlet Witch, also known as Pietro and Wanda Maximoff, the twin progeny of the mutant Magneto. Quicksilver, a speedster who is known for being brash and having little patience, will be played by Aaron Taylor-Johnson. Scarlet Witch, played by Elizabeth Olsen, uses hex bolts to manipulate probability fields, a complicated and inconsistent power that will most likely be simplified to being closer to telekinesis. The twins have a long and twisted history, but the short version is that they began life as X-Men villains as part of their father’s Brotherhood of Evil Mutants (yes, they did originally call themselves “Evil”), but later found themselves at odds with Magneto’s ideology and left the Brotherhood to become heroes in the Avengers. The pair were already confirmed to appear in Age of Ultron, as was Baron Strucker, but it was not clear what their origins would be as the rights to the characters are quite complicated (we’ll get to that later). 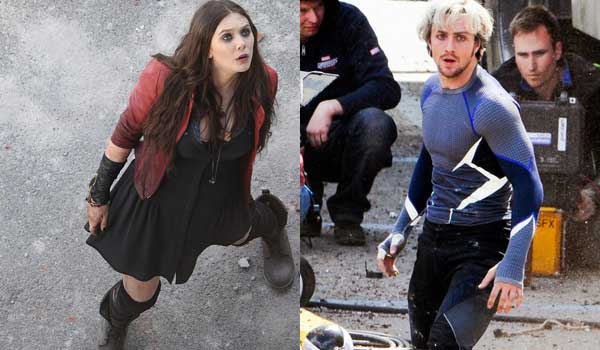 Scarlet Witch and Quicksilver in Avengers: Age of Ultron

It now appears that Quicksilver and Scarlet Witch will start off working for Strucker in Age of Ultron before changing sides to join the Avengers. Whether their powers will come from HYDRA experiments or being mutants is not clear, especially since Strucker referred to them as “miracles” in The Winter Soldier. Given the slightly more episodic structure of The Winter Soldier, with minor villain Batroc showing up in the opening action piece and the Winter Soldier being the Dragon to Pierce’s Big Bad, it seems likely that Age of Ultron will feature more than just the eponymous villain. The Maximoffs plus Strucker wielding Loki’s mind-control staff could finally equal a big enough threat to call in more than just one of the Avengers. Add the fact that we know voice of JARVIS Paul Bettany will be taking on the physical role of android hero Vision, most likely created by Tony Stark, my guess is that Ultron will be another Stark-built A.I. that joins forces with Strucker after the Avengers rescue the twins.

And then there’s DenOfGeek.com‘s theory about the connection with the Infinity Gems, which, if correct, will likely be built up in Guarians of the Galaxy and likely lead to Thanos being the villain of Avengers 3. 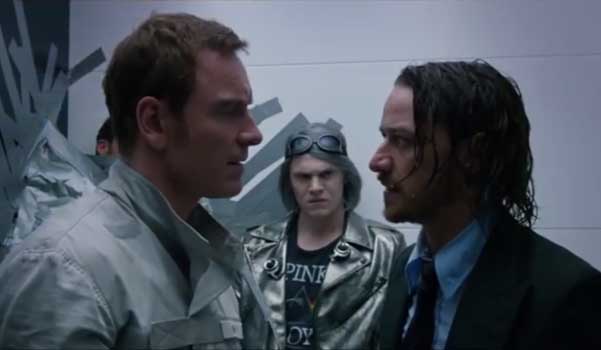 Quicksilver stands between Magneto and Xavier, clearly in the past

So, as if that wasn’t confusing enough, because Quicksilver and Scarlet Witch have a more or less equal history in X-Men and Avengers comics, the film rights to the characters are actually shared by Marvel Studios and Fox. Which means that Quicksilver will also be appearing in X-Men: Days of Future Past, played by Evan Peters. And judging from the footage and images that have been released so far, he will be in the past. It’s not yet clear whether he will still be Magneto’s son, but it’s fair to guess that his backstory won’t be simple. Hopefully this won’t be too confusing for the moviegoing public, but many fans, myself included, wish that Marvel and Fox could have just played nice this once and finally linked their two powerhouse franchises. But it appears that it is just not meant to be.

What do you think of the Maximoff twins appearing in Avengers: Age of Ultron? Or Quicksilver being in X-Men: Days of Future Past? Sound off in the comments or send us your thoughts on Twitter!