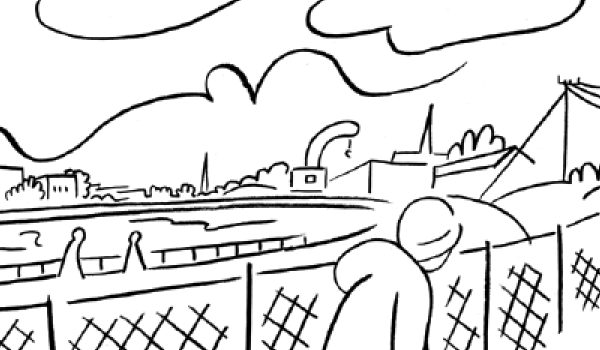 Including issues from Moreton’s autobiographical zine SMOO, Days uses the context of his life to loosely tell a story about living as a whole. Moreton’s use of white space shows houses, rooftops, lampposts, streets, suspended in nothing – brief abstract sketches paired with description so sparse it’s almost poetry. One sequence captures teenage disillusionment, “back when everything was important.” There are few human figures, none distinct, yet fields and empty roadways convey the sense of limitless freedom, and emptiness. 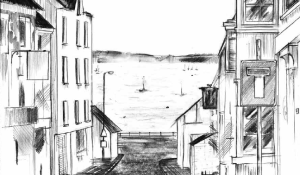 Sketches of Moreton’s time spent alone in Cornwall may be specific to him, but they reflect upon a relatable mindset. There’s nothing overly expressive, but absolutely nothing hidden either: there’s a moving intimacy in Days’ simplicity, an openness and frankness that astounds. A brief bird guide and references to poet Stevie Smith capture Moreton’s personality, his interests, while never restricting Days’ universality. In this case, Moreton’s life is an open book, and, if the events he speaks of are nothing special, the emotional clarity with which they’re recounted is devastating in its desolation.

Days is difficult to sum up: though its scenes of human interaction are less compelling for their ordinariness, the comic as a whole feels like life.  “Life was strange and I was lonely but it was an OK sort of lonely,” Moreton notes, standing on the shoreline at Tremough. If you often feel the same, and if you can handle its emotional rawness and immediacy, Days will make your strange life that little bit better.

Have you read Simon Moreton’s Days? If so, what did you think? If not, will you be giving it a look? Sound off in the comments or send us your thoughts on Twitter!