FINALLY! Marvel is doing a Doctor Strange movie! At long flipping last! I’ve been waiting for this for a long time. And before you ask, the 70’s TV movie and the direct-to-DVD animated film do not count. Why not? Because I said so that’s why!

The point is, I’ve got a really good feeling about this film. And they’ve already announced a few of the actors they want to play the Sorcerer Supreme. They’ve talked with Tom Hardy, Benedict Cumberbatch and Jared Leto so far, all of which would do well as the good doctor. But I’ve got a few ideas of my own I’d like to share. So here goes. By the All-seeing Eye of Agamotto, the Hoary Hosts of Hoggath and the Flames of the Flawless Faltine… this is our casting choices for Doctor Strange.

DISCLAIMER! My own opinion, yadda yadda yadda, no particular order, blah blah blah, if you don’t like it then tough, etc etc etc. God is this what I’ve been reduced to? Summarising my own patented scathing disclaimer gag? I’m so ashamed of myself. 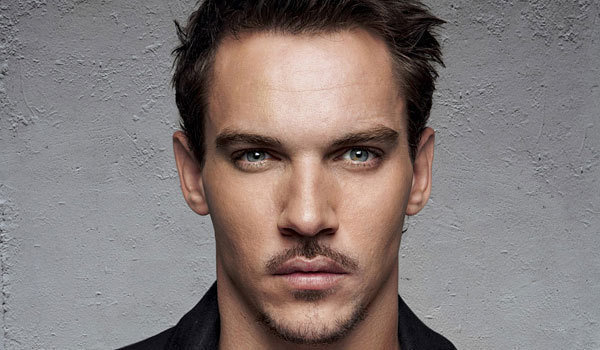 Ah, Jonathan Rhys Meyers. He’s best known for playing a sexy version of King Henry the VIII in Showtime’s The Tudors, a sexy version of Dracula in NBC’s Dracula, a sexy tennis instructor in Match Point, a sexy football coach in Bend it like Beckham and as a young, sexy Elvis in the CBS miniseries… Elvis. Yeah. Starting to see a pattern here, aren’t you? I’m sure being cast as a sexy son of a bitch in everything he does must be very tiresome though. Right? Okay, probably not. But one thing is clear, this is an actor with a fair amount of charisma. Kind of useful, don’tcha think? Stephen Strange is supposed to be a cultured, sophisticated guy, so maybe J.R.M. has the necessary credentials. I know I’ve always thought his ability to make women’s clothes fall off was magical.

Plus he’s won his fair share of awards. He won Outstanding Actor in a drama series at the Monte-Carlo Television Festival as well as Best Actor in a Lead Role in Television at the Irish Film and Television Awards for The Tudors, a Golden Globe for Elvis, and  the Canal Grande Award for the Best Young Promising Actor at the Venice Film Festival. So… there’s that. But you don’t care, do you? You just want him to take his shirt off. ADMIT IT!

The first person to make a Bill and Ted  joke will  get a swift kick up the jacksie, am I clear? Good. Not that I don’t like Bill and Ted. It’s just… it’s too obvious guys. Way too obvious. Move on.

Anyway, Keanu Reeves. To be perfectly honest, guys… I’m not sure about him. I think he can be a good actor. But he has delivered more than a few bland, hollow and emotionless performances in the past. I swear, sometimes it’s like the guy had his emotions surgically removed. But I keep getting this nagging feeling that, if he was given a strong script and had a great director telling him what to do, he could be brilliant! I genuinely think he has it in him to be a great Doctor Strange. But I think he also has it in him to be a terrible Doctorr Strange. It could go either way. So lets call him the wild card of the bunch. A last resort, if necessary. I know it’s risky, but if we could get a good performance out of him that I truly believe it would be worth it.

Rufus Sewell. You know. Rufus Sewell. That guy from Knight’s Tale. Rufus Sewell. He was in The Holiday with Cameron Diaz and Kate Winslet. Rufus Sewell! The Tourist? Dark City? Legend of Zorro? The Illusionist? RUFUS SEWELL!!! AM I THE ONLY ONE WHO’S HEARD OF HIM?

Truth is most people have heard of him. Well, I say heard. They’ve SEEN him at least. Mostly as the suave, dark, villain archetype. You thought J.R.M. has been typecast? This guy takes the cake. And it’s a shame because he’s actually a really good actor with a broad range. He’s done everything from Shakespeare to contemporary drama. He just seems to keep finding himself as the arrogant yet charming git who the protagonist has to outwit at the end. Still, he can always take that charming aspect and just re-work it into the character of Doctor Strange. If J.R.M. is the sexy candidate and Keanu is the wild card candidate then Rufus Sewell is the underdog. The plucky, hardworking one who could work wonders if he was given a chance. Come on. Give him a chance!