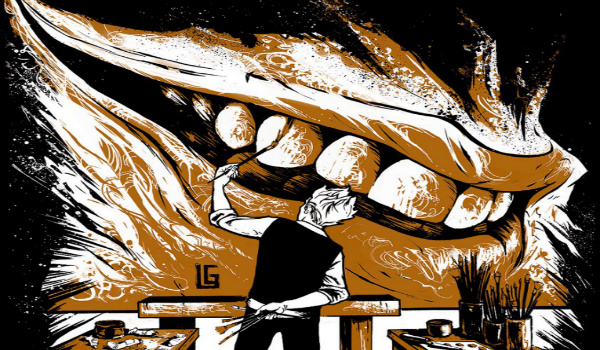 Twisted Dark Volume 2 starts with a foreword from writer Neil Gibson describing how feedback from fans prompted him to take the new volume in a lighter direction than its predecessor, and how he came to regret the decision.

Although he may regret it, the decision does actually act in favour of the volume, firstly by allowing it to be distinct and different enough from its predecessor rather than simply being a carbon copy, and

The first story, Legacy, explores something that everyone can relate to. Because let’s face it, no matter how much certain people may deny it, we all want to be famous. Struggling artist Hans even agrees to become the most famous artist ever, no matter the cost. The cost of course, being his life. But as we are told at the end of the story from a quote by Humphrey Bogart, James Dean died at a just the right time, a time when his legacy would last forever. Is a legacy more important that a life? To Hans, clearly the answer is no.

The second story, If Only concerns a mother lusting after her daughter’s boyfriend. The twist at the end seems like something of a weak pay off as it was not wholly unexpected and perhaps a little too light. This is probably the weakest story on offer. 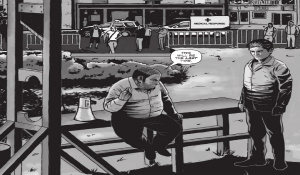 Smile starts with something of a homage to Basic Instinct, as a woman being interrogated by police refuses to stop smoking before recounting how she fell in love with her history teacher, before he eventually made her pregnant. After realising that she had been used and that the man who she would have done anything for never really cared about her, she extracts a revenge so horrible that you really wonder what would truly drive someone to commit acts of pure evil.

Evolution takes a (literal) look into the dark side of human nature in an effort to determine whether or not we really are superior to the animals. Flamboyant sees a talent manager extract revenge on his successful client who refused to cut him in on hi success, a message to never forgot those who got you where you are.

The underlying theme in all of the stories on offer seems to be that it isn’t difficult for someone to lose their faith in humanity, as humanity seems to have nothing left to believe in. Sure, it might be lighter in tone than volume 1, but you don’t need huge amounts of gore of horror in order to convey the sad fact that deep down inside, most people are not what they appear to be. Gibson gets down to what it really means to be human, and the result isn’t pretty.

Have you read Twisted Dark Volume 2? What did you think of it? Sound off in the comments section below or send us your thoughts in Twitter!