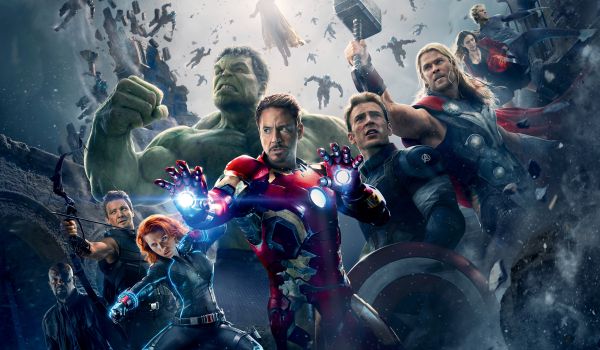 With ten films already in the bag and seven billion in the bank, the Marvel machine is a cinematic juggernaut of almost unprecedented might and influence. With a further eleven films, after Avengers: Age of Ultron, already on the docket – and that’s just in the next four years – it seems almost impossible that anything could happen to impede its progress. That being said, is it just possible that audiences may have had enough of superhero films, at least in the Marvel vein?

No matter how much you love something, be it ballet, football, or spending time with your family, you don’t want it all the time, or, even if you do, there’s a point at which you may no longer desire it. Now, after seven years of the world’s premiere superhero team – sorry, DC; you snooze, you lose – expectations are higher than ever as to what Joss Whedon and co. can put together. With that in mind, Age of Ultron is very enjoyable, impressive even, but ultimately more of the same.

Take the virtuoso opening sequence, a fluid tracking shot that sees Iron Man, Captain America, Thor, the Hulk, Hawkeye, and Black Widow perform an all-out woodland assault on a Hydra-occupied castle; Tony soars through the air, Steve rides a motorbike, the Hulk tears through pillboxes like cardboard, the whole team scattering enemies like ninepins. There’s even a new villain to contend with in the form of the monocled Baron von Strucker, though as the title suggests he’s far from the main threat.

The eponymous genocidal robot comes about as a result of Tony’s desire to encase the world in a suit of armour, to ultimately render the Avengers irrelevant. His shiny, layered chrome exterior is a nice feat of design, both curved and angular, but it’s James Spader who brings him to life: brooding and magisterial, but also petulant, apologetic, bringing shades to the role to rival even Tom Hiddleston’s mercurial Loki. Even so, behind all that rage and insanity, his motivation could be more or less written on the back of a crisp packet (and not one of the big ones).

There’s a complex plot involving vibranium – the material from which Captain’s shield is made – featuring a neat cameo from new Disney favourite Andy Serkis as a grungy Saffer arms dealer (Ulysses Klaw, who will presumably return in Black Panther), and the miraculous, Frankenstein-like birth of the android Vision (a typically baleful Paul Bettany), but, if more eventful than the first Avengers, it’s somehow less characterful. There aren’t even any immediately memorable lines, though Hawkeye gets an amusing moment of self-awareness.

Age of Ultron is certainly firing on all cylinders: as well as the addition of familiar speedster Quicksilver (a cocky, generically Eastern European Aaron Taylor-Johnson) and his scatty, hex-wielding sister Scarlet Witch (a beguiling Elizabeth Olsen), the movie even manages to make Hawkeye and Black Widow finally relevant; by giving the ever-appreciated Clint Barton a secret and developing Natasha Romanoff’s connection with the tortured Bruce Banner.

However, between the cataclysmic Hulk v. HulkBuster throw-down (“Go to sleep! Go to sleep! Go to sleep!”), a dynamic freeway chase, a wide variety of ambitious set-pieces, Whedon’s script finds time for a handful of small character moments, most touchingly when Bruce and the ever-flirtatious Natasha act out old noir cliches over a bar, but none of those characters seem to progress: Tony is quippy but frazzled, Steve remains a boy scout; the one who comes closest to it is Barton but even that’s simply in retrospect.

By the time the denouement swings round, the landscape of the Marvel Universe has changed but not significantly. Characters have moved, some may have died; the earth moves, but nothing truly cataclysmic occurs. Ultimately all Age of Ultron does is move the furniture around and bring us one step closer to Captain America: Civil War and the Infinity War double bill. It might not be exactly Dickens but this is the closest film gets to serialised storytelling.

For reasons both narrative and financial, there’s very little that can happen to the pieces on the board, so its fitting that the credit sequence of the movie presents the team as mythological figures carved from marble. They’re unlikely to move from that plinth anytime soon, but they’re certainly very pretty to look at in the interim. Avengers: Age of Ultron is a fitting farewell to Whedon from the franchise, but perhaps none too soon: fatigue is definitely beginning to set in. Who knows, maybe the po-faced self-seriousness of Batman V. Superman will be just the tonic to give the House of Mouse a new breath of life in the superhero department. Failing that there’s always Star Wars… right?