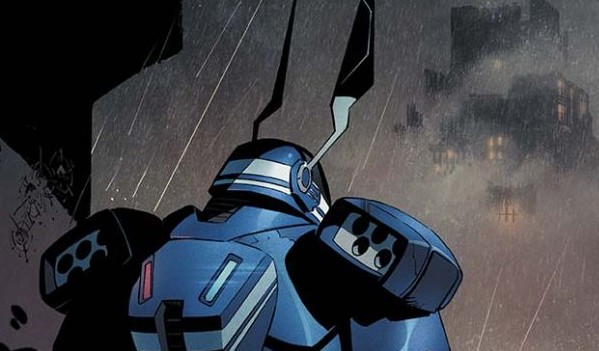 Whilst we sit with bated breath, awaiting next year’s theatrical showdown between two of the biggest and most recognisable superheroes in history, it appears that one half of this ultimate battling duo is about to be dethroned, at least in his original comic book form. Billionaire Bruce Wayne is set to lose his title as caped crusader on the streets of Gotham as DC Comics plan to hand over the iconic cowl to a whole new Dark Knight.

Bruce Wayne, the secret identity of comic book superhero Batman, will be hanging up his cape as a new character dons the Batman mask following one final battle between Wayne and long-term nemesis The Joker, as seen in these amazing Batman villain illustrations. The all-new Batman is set to make his (or her) debut in issue #41 which is set for release on 10th June in the US and it will reign in a whole new era in Gotham.

Whilst it appears to be a common occurrence these days to give classic comic book characters a complete overhaul and rethinking them for more modern times it will still come as quite a shock to lifelong fans of Batman who will soon have to get used to having someone else being behind the mask. Not only that but according to author Scott Snyder and artist Greg Capullo the entire Batman outfit will be getting a new look also with his useful threads being swapped out for an armour plated manga-styled costume.

Theatrically speaking, Bruce Wayne will continue to serve as the caped crusader on screen at least and will next be seen taking on the Man of Steel in 2016’s Batman v Superman: Dawn of Justice which is to be directed by Zack Snyder (300, Watchmen, Man of Steel). This movie alone will serve as a stepping stone to Justice League Part One and Part Two set for release in 2017 and 2019 respectively. Ben Affleck recently adopted the role as the caped crusader taking over from the highly respected performance put in by British star Christian Bale in Christopher Nolan’s Dark Knight trilogy.

Thankfully, at least according to author Scott Snyder, this won’t be the last we see of Bruce Wayne in comic book form. “He might not be under the cowl when the story starts…” Synder says “…but his presence will be a big part of the story and shape it”.

What do you think of the new Batman? Sound off in the usual place!