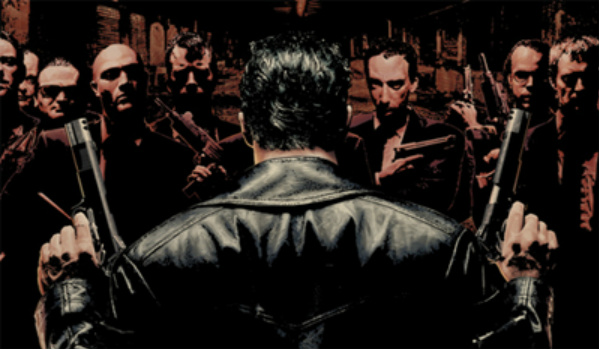 When it came to an adult comic book imprint. Marvel was sorely lacking for a long time. Despite the huge success of DC Vertigo, launched in 1993, and the Marvel Knights imprint which focused on more mature storylines, it wasn’t until 2001 that Marvel finally launched MAX, their first all adult imprint.

The first comic published by MAX was Alias, by Marvel legend Brian Michael Bendis, which characteristically began with the F word, the first time it was used uncensored in a Marvel comic. The series ran for four arcs and focused on Jessica Jones, a former Avenger turned private investigator. The series introduced us to a seedier side of the Marvel Universe. Rather than the typical hero stops villain approach, the freedom of the MAX imprint allowed some much darker storylines, such as the villain the Purple Man using his mind control powers to make young women satisfy him or a young girl who may have been a mutant seemingly murdered as a hate crime.

Alias will be the primary focus of the upcoming MCU series A.K.A. Jessica Jones so, along with Daredevil, the MCU continues to grow darker and darker. 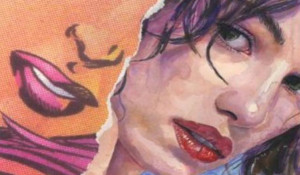 The villain The Hood, who would be a major player during the Dark Reign story arc, was also introduced in his own 2002 six issue limited MAX series by Kyle Host. After finding a mysterious hood and boots that grant him powers, crook Parker Robbins swears to go straight after accidentally killing a cop during a heist. We all know how well that turned out, as he would go onto overtake Kingpin as the leader of the New York City underworld and become a member of Norman Osborne’s Cabal.

However, aside from a few series at the start of the imprints launch, most MAX comics did not take place in the Marvel Universe, as it was felt that it was not appropriate for such a well established fictional universe to play host to such adult stories. A huge shame, as this seemed to have been nothing more than a monetary decision, as Marvel clearly felt that their regular fancies may have been turned off. The possibilities of the stories that we could have seen set in the Marvel Universe and unrestrained by the usual ratings system are limitless.

The few that did take place in the regular universe, aside from Alias and The Hood, included Thor: Vikings, two War Machine limited series, Shang-Chi: The Master of Kung Fu, Howard the Duck (yeah), and Wisdom, which would go into become Captain Britain and MI5 under the regular Marvel imprint.

Instead we mostly got ‘mature re-imaginings of already existing characters like Deadpool, Blade, Wolverine and Luke Cage, which aside the powers possessed by the heroes would take place in a world devoid of most other supernatural and fantastical elements. Naturally this was a kind of pointless move and the imprint struggled finding success as it could not sustain substantial sales.

John Michael Stratynski’s Squadron Supreme, a reinterpretation of Marvel’s 1970s series Squadron Supreme, found some success. The series was basically about a series of superheroes based directly on the Justice League, examine how they tackle threats such as serial killers rather than the usual intergalactic menaces that superhero teams are more accustomed to. Sadly Marvel swiftly moved the series to the regular Marvel imprint to make Squadron Supreme into a more recognisable brand and also to feature them in crossovers with the Ultimate Marvel Universe.

In the end, when it comes to Marvel MAX, there is really only one series that defines the imprint. That places it onto sales charts, and makes it a household name in the comic world: The Punisher.

A match made in heaven. After Garth Ennis completed his run on the Marvel Knights Punisher series, which completely breathes new life into a character whose popularity was waning, the MAX imprint was the perfect home for Frank Castle.

Ennis’s Marvel Knights Punisher series, while great fun, did have its flaws. He stated in the forward to the mega collected edition that he wanted to keep all superhero appearances and Marvel Universe references to a minimum. The references that did appear, such as the narration telling us that Frank told the angels to shove it, a reference to the Punisher: Purgatory series in which he is granted godlike powers, or a geek character being a superhero spotter, or an appearance by the Hulk himself, seemed forced and clearly at the bequest of the publisher and not Ennis himself. At the end of the series, the Punisher tells his final victim, before throwing him off the Empire State Building as he did to his first victim in issue 1, that begging him to spare his life will be the same as begging the sun not to rise in the morning. The finality of death in a series where just several issues previously a decapitated villain was resurrected by having his head attached to a female body did seem kind of self contradictory.

The MAX series did away with all that, entering into a world where hard boiled crime meant hard boiled crime, and death meant death. Torture, unpleasant things happening to private parts, sex and all around extreme violence were the comfort zones of the series. The stories dealt with sex slavers, gang wars, and terrorists, with plenty of punishment to go around for everyone.

The series featured gangster Nicky Cavella exhuming the remains of the Castle family and filming himself defiling the corpses in an attempt to drive the Punisher insane with anger. In another arc, a character is kidnapped and has his body parts posted to his wife piece by piece. And, in probably the nastiest thing in Marvel comics history, a man has his private parts served and placed into a cup after he refuses to co-operate with some particularly nasty gangsters. “You’re spilling them” he screams as he is driven to the hospital. Anyone who believes that comics are for kids needs to be presented with this series.

The character Barracuda, a muscle bound hitman introduced in the sixth arc, was famed for his sense of optimism, every maintaining a cheerful disposition after losing his eye and four fingers to a Bowie Knife. He went onto be featured in his own series, also by Ennis, before returning to menace the Punisher once more. Ennis is a firm believer of killing off villains, as it forces writers to be creative by coming up with new characters and also creates new challenges for the hero (the Punisher loosely fits the term) as they will be forced to encounter new foes that will push them to the limit. So when the two did cross paths again, rest assured, the Punisher ensured that there would not be a third time. He would only be satisfied that Barracuda was dead after killing him the cutting him to small pieces and burning them individually, but instead he opts for shooting him in the chest, ripping off his nose, knocking out his teeth, cutting of his hands, stabbing him in the heart them shooting him repeatedly in the head with an AK-47. No resurrections in a MAX series.

The series was hugely acclaimed as is widely considered to be the definite Punisher series. Most of the villains of the series were also used in 2008’s Punisher War Zone, save Barracuda, who could potentially appear in the MCU as the Punisher, when he makes his inevitable debut, will need a foe.

After Ennis’s departure, the series continued but experienced a steep decrease in quality, mainly due to the introduction of super villains like Jigsaw Kingpin, Bullseye and Electra, and elements such as a drug which will kill Castle in six hours unless he obeys, taking the series away from the hard boiled uber realistic environment of Ennis’s stories and placing them in more conventional superhero settings. Only one arc after Ennis’s departure, Victor Gischler’s Welcome to the Bayou, a kind of Punisher meets The Texas Chainsaw Massacre/Deliverance/The Hills Have Eyes/The Devil’s Rejects hillbilly horror really captured the realistic brutality of the Punisher that Ennis had so perfectly captured.

Aside from The Punisher, the popularity of the MAX series waned and waned, and today you would be forgiven for thinking that they were defunct, as they only publish about one series every several years or so. Their last ongoing was Ennis’s Fury, set during the early days of S.H.I.E.L.D. and featuring appearances from a young Frank Castle as the character became so synonymous with the MAX imprint that putting him in ti was bound to increase sales.

Case in point: MAX’s next series will be a Vietnam war limited featuring, you’ve guessed it, a young Frank Castle. This will be their first title in over a year.  Go figure.

The lack of MAX books could possibly be a result of Disney’s 2009 acquisition of Marvel, as they don’t want their family friendly image tarnished. Or it could be that Marvel simply felt uncomfortable featuring their heroes in stories with tons of violence and profanity (Stan Lee was openly critical of the first Fury MAX series). A shame really, as there were tonnes of books published under Marvel’s regular imprint, such as the Marvel Zombies series, or the Dexter tie in comics, or Night of the Living Deadpool or the Anita Blake: Vampire Hunter books, which would have been perfect for the MAX imprint, but sadly it wasn’t to be. Marvel do have Icon Comics, which allow for their publications to be as adult as possible, and are known for Kick-Ass, Nemesis, Kingsman and Powers, but they focus on creator owned series that Marvel do not want associated with them.

So Marvel MAX may as well be known as The Punisher Imprint as that was the only thing they were responsible for which truly put them on the map. Hell, Punisher MAX issue 1 was reprinted under the ‘Marvel’s Greatest Line’ and was also declared in several Marvel yearly timelines to be their most recognisable and noteworthy comic of 2004.

And while the other MAX series did have their moments, it was clear that Marvel lost interest in the imprint pretty quickly. The war between Marvel and DC fans may be ongoing, but one thing is abundantly clear, when it comes to adult comic imprints, Marvel could certainly learn a thing or two from DC. When people think Vertigo, they think Hellblazer, Sandman, Fables, The Unwritten, Preacher, Y: The Last Man, Transmetropolitan and my other classic series. When they think of MAX, they think of The Punisher, and, … The Punisher. 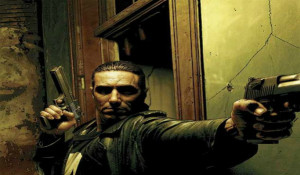