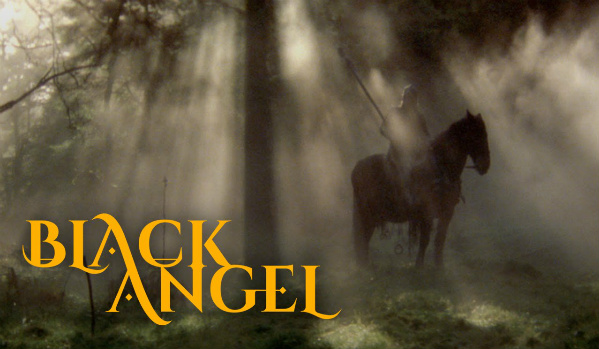 Roger Christian is a living legend. He won an Oscar for Best Art Direction – Set Decoration forStar Wars and was nominated a second time for Alien. He also directed an incredible short film called Black Angel which was commissioned by George Lucas to be played in front of Star Wars: The Empire Strikes Back. After the film ended its theatrical run, the short was thought to have been lost for many years, until a print was finally found earlier this year and uploaded online. Watch the incredible short here.

Now Christian is turning the short into a feature film. The successful Indiegogo campaign reached its goal in only eleven days, and there is still some time left to contribute if you want to help bring Black Angel to life.

We caught up with Christian to talk about this amazing project:

AP2HYC: How does it feel to be returning to direct a feature based on a short that you directed 35 years ago? Do you get feelings of nostalgia?

Christian: This has been an extraordinary journey. I loved Arthurian legends and Norse epics, Robin Hood, Ivanhoe; they got me through a difficult childhood finding my place in a grey world after the wars. When I decided to make the move to directing I knew I had to make a short film, and chose to pursue the genre I loved. Influenced by Kurosawa‘s epics and Tarkofsky‘s way of appealing to the sub conscious I wrote Black Angel as an epic and then stripped out a few basic moments when I had a princely budget of twenty five thousand pounds. Going back to that passion and subject matter that I couldn’t get made but because of Lord of the Rings and Game of Thrones now a huge audience hungering for more, is like a dream come true.

AP2HYC: Will the attention that Star Wars is currently getting help Black Angel?

Christian: It is the attention of Star Wars that has made this all possible. The story of the lost piece of Star Wars history with my Black Angel negative being lost for thirty years, and found and restored and becoming an internet sensation has fuelled the entire path to my making the epic feature film.

AP2HYC: As George Lucas commissioned the short, is he excited about the feature?

Christian: I had a talk to George about it at the ranch when I was recently there filming my segments for the release of the six Star Wars episodes re-mastered digitally. George didn’t know that Kurosawa’s epic Samurai films were my inspiration. He of course based C3P0 and R2D2 on the two squabbling pheasants in Forbidden Fortress so was an interesting discussion. His advice exactly matched the way I had developed the script, to keep real and down and dirty, and follow the few main characters, with no vast CGI armies fighting and vast CGI enhancements. Exactly my intention in telling the story and I could see Georges belief in the first Star Wars being special in that way.

AP2HYC: I understand that the story is about the journey of a knight?

Christian: It is the story of a Knight Sir Maddox, who is chosen by destiny to reach out beyond the only world he has known, fighting the wars against the armies of the Demon King and the Black Angel defending the great Amber City in the Southlands. The Demon King and his Commander the Black Angel are about to conquer the lands, so the Gods awake Myrddin the sorcerer charged with defending the lands against them. He finds Sir Maddox and guides him to follow the destiny that is laid out before him. Joined by the renegade daughter of a rival King, Princess Kyna a trained warrior and archer, together with another young soldier and a courtier Lady Cordelia, they go on an epic journey to fight the Black Angel and send the Demon King back to the Underworld. 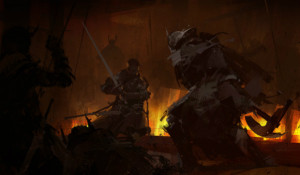 AP2HYC: Can you tell us about the world of Black Angel?

Christian: I am intent to stay true to the origins of the short film and the way the first Star Wars, Alien and Jurassic Park were made, absolute realism in a down and dirty way. My fights will be like the Samurais in mud and rain where you can smell the blood and sweat and tears. I am keeping to a small ensemble so we deeply connect with the characters, and all set in some incredible landscapes and cities and sets, to give that epic screen production value. I want the images to stay in people’s minds long after they leave the cinema.

AP2HYC: Will there be any fantastical creatures on display in the film?

Christian: The Black Angel has brought back a Draeke, a flying beast that feeds off the citizens. When Sir Maddox has to hide out in his rival Kings city, Princess Kyna protecting him, gets carried off by the Draeke and Sir Maddox is the only Knight brave enough to rescue her, setting off a chain of events in the city leading to incredible drama and action.

AP2HYC: Are their any particular fantasy films or stories that you are drawing inspiration from?

Christian: Excalibur of course which drew from my short film, so the wheel has turned. The Seven Samurai and Throne of Blood for sure. Game of Thrones has incredible production value, and the closest in feel to what I want to achieve is Gladiator.

AP2HYC: Is Black Angel a darker kind of fantasy?

Christian: Very much so; yes. It’s so popular now with audiences as well, who want a fantasy reality, a world they can believe in, not a fairy tale kind of world, but where the knights are fighting for life or death and we are with them as they fight bitter fights. Also romance where it’s gritty and real and believable. This is my kind of fantasy.

AP2HYC: You won an Oscar for Best Art Direction for Star Wars so I assume that Black Angel will also have an incredible art style?

Christian: It’s in my DNA to value the look of a film, and especially from Star Wars how to integrate locations with the drama. My mentor is Kurosawa who set his films in amazing locations, yet remained intensely real and believable. I am setting Black Angel in incredible landscapes, cities and castles in Hungary and Belgium, and the desert southlands in Morocco where Ridley Scott filmed Kingdom of Heaven and Gladiator. The impact of my short was created by showing on the big screen in cinemascope stunning images of Scotland for the first time, including Eileen Donan castle that led me there. I will be returning to Scotland to film the same castle and other dramatic locations to help establish the mythic lands for Black Angel the feature.

AP2HYC: And I understand that you are relying on practical effects rather than CGI?

Christian: Yes that is my intention, going back to exactly the way Star Wars, Alien and Jurassic Park were made. As much as real as possible and using CGI in a careful and limited way where it integrates seamlessly into the film. I do have Draekes, flying beast and am working at the moment with ILM on how to make these as real as we can. They are the masters at this.

AP2HYC: Will Black Angel be family friendly or more mature in tone?

Christian: It is definitely a mature film, I like the really dramatic way of fights in rain and mud and real intensity, but looking at Game of Thrones and Lord of the Rings and the last Star Wars episodes they benchmark has changed. Like Batman, I believe it will fall under those parameters. 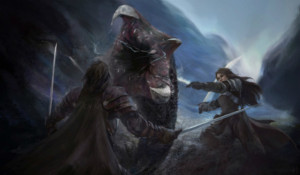 AP2HYC: Where do you plan to film?

Christian: Hungary in the Studios and locations. Belgium in Bruges and Ghent and other Castles. Morocco and Scotland.

AP2HYC: Can you see Black Angel becoming a franchise?

Christian: That is my dream, yes. I did not write it as a franchise, but the characters are so powerful and interesting that they are all telling me they need to go on, and there is a story for a sequel. What I am doing is going to release the Black Angel as a graphic novel, as it’s the perfect world for it.

Christian: It came to be part of the programme with Empire Strikes Back because in UK, Australia, and Scandinavia they had programmes with a twenty five to thirty minute short film. George didn’t like the short film 20th Century Fox put with the original Star Wars, he felt it don’t connect to the audience or with Star Wars, so he asked for a film to be specially made. He read my script and recognised the same mythic theme under the surface, heroes journey and good versus evil. This is how it came to be part of the Star Wars family.

AP2HYC: You also helped to design the Lightsaber in Star Wars. At the time did you know how much of an impact on popular culture it would have?

Christian: Making all the guns and weapons as real as I could the Lightsaber stood out to me then as being the iconic symbol of Star Wars, just as Excalibur was to the Arthurian legends. So it took me a long time to find the right looking handle to base it on, that would feel right. I love them the look and the feel of Luke’s original  Lightsaber and it gives me such a joy to see it again tin the trailer for Episode 7. The past returns with a vengeance…

AP2HYC: Thanks again, and congratulations on the successful Indiegogo campaign and I am really excited to see the film.

Thank you as well for the opportunity to connect to Facebook fans everywhere. Black Angel is coming and as it is my passion project I have returned to after all these years, when there is finally an audience hungry for epic and mythic legends, I am more excited to bring this to the big screen than anything I have done. 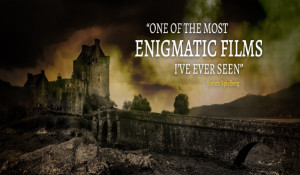 Let us know when you donate to the Indiegogo campaign in the comments section or on Twitter!