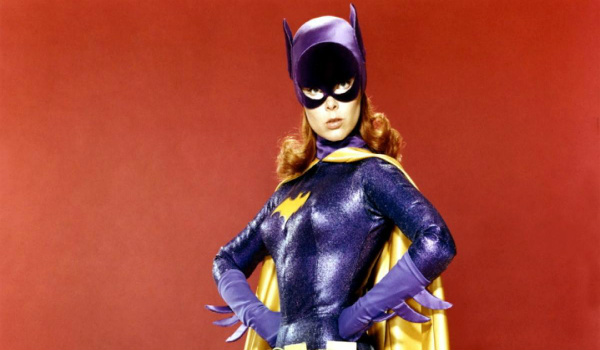 By now most of you may have heard about the passing of actress Yvonne Craig, who famously portrayed Batgirl in the beloved 1960s Batman television series. On August 17, 2015 Craig passed away in her home under Hospice care and surrounded by loved ones; she was 78 years old. For more about Yvonne Craig’s life and her unfortunate passing, visit her website, where information about her career and an official obituary can be read.

As fans, many of us may not have had the chance to know Yvonne Craig on a personal level, and as with any loss such as this, the best way we can celebrate the life of an individual that we only knew through a television screen is to take a look back at how they helped to shape the characters that we know and love. To that end, let us now take a trip back to the 1960s and the twilight years of the Silver Age of Comics, where Craig played a pivotal role in the evolution of Batgirl.

Batgirl’s first introduction into the Bat-Family was in 1961, where the character was quite different from the modern incarnations that we know today. In fact, Batgirl’s secret identity was actually none other than Betty Kane, the niece of Katherine Kane/Batwoman! 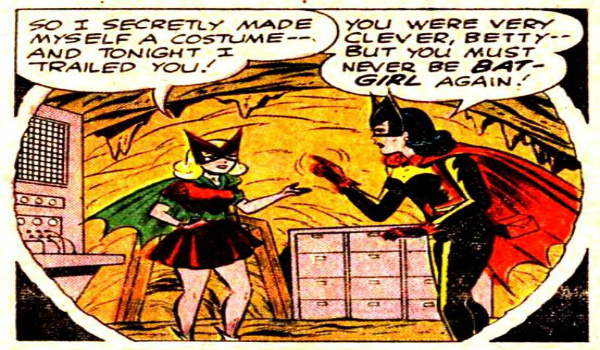 Both characters were initially created by DC to counter accusations of homoeroticism in Batman comics from the villainous Dr. Fredric Wertham; more on him here. Of course that all seems ridiculous now, but at the time those accusations were damaging to the comics industry as a whole. I know, I know, some of you may think that history is boring, but if it weren’t for that particular time period, we may have never had characters like Batgirl to begin with. Besides, some younger fans might find it interesting that while Batgirl first appeared in 1961, it wasn’t until 1967 that Barbara Gordon was created as her secret identity; and get this: it was for a television show.

When tasked with broadening the demographic of their audience, the producers of the 1960s Batman television series decided to create that character of Barbara Gordon, who would not only be the daughter of the commish himself, but who would also fight crime under the guise of Batgirl. Yvonne Craig, a former ballet prodigy turned actress would play the role dressed in that iconic purple and yellow costume that we’re all more or less familiar with by now, while as her secret identity she was Barbara Gordon, a mild-mannered librarian. In a move similar to what we often see today in brand marketing, DC decided to inject this new version of Batgirl into their comics as well with the late, great Gardner Fox at the helm. Eventually, the Betty Kane version of Batgirl would be retconned into oblivion by the events of Crisis on Infinite Earths.

As some of you may know, the 1960s Batman television series was chock-full of camp, so it might be hard to imagine that the show’s version of Batgirl would be so influential to her comic book counterpart. Yet, many aspects of Batgirl’s character remain unchanged even in some of the more dire, modern stories. For starters, while Batgirl’s suit has varied over the years, it usually resembles the look of Craig’s costume in some way. For example, the suit typically has a shorter cape with a yellow bat symbol, even during points when Batgirl’s costume was black or grey. Also, in nearly every incarnation of Batgirl since Craig played her on television, you can see that long red hair flowing out from underneath the cowl. In fact, DC’s most recent reinvention of Batgirl is a return to form with regards to the costume; a little modernized, but very representative of Craig’s classic look. Have a gander: 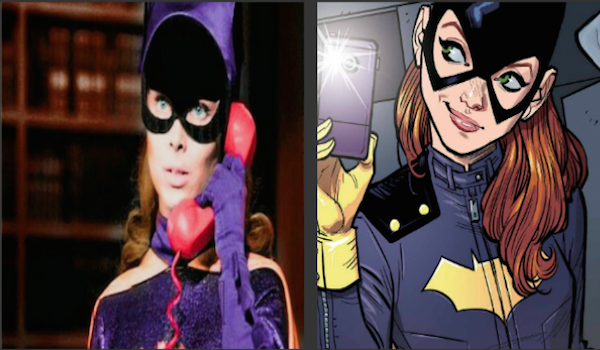 Visual aesthetics aside, Craig had a very interesting voice, which gave her Batgirl that somewhat playful, wise-cracking attitude that is sometimes a part of the character’s personality in the comics. Despite this, Batgirl has always been depicted as being highly capable and intelligent, and in the show Barbara Gordon is a librarian with a PhD. This is more or less in line with subsequent versions of the character, where she is typically a University student. At any rate, Batgirl’s intelligence and detective skills are always at the forefront of her character, and they are sometimes depicted as being on par with Batman’s own.

Of course one of the most important aspects of Batgirl is whether she can handle herself in a good ol’ match of fisticuffs with a group of thugs. In her 1960s incarnation, Batgirl is depicted as having already been well trained by the time she meets the Dynamic Duo, much to their own surprise. This is normally the case in every incarnation since, with Barbara Gordon typically training in secret, only to prove herself to Batman later on under a variety of circumstances. While Batgirl might not be quite as tough as Batman (then again, who is?), or even Dick Grayson, she can definitely hold her own in a fight, and has been shown time and time again to be a dangerous adversary to criminals. Over time the comics have depicted this in ways that are far removed from the “BIFF” and “POW” zaniness of the 1960s show, but Batgirl’s courage and willingness to aptly throw out a few beatings is something that has carried on since Craig first played the role in 1967.

It’s fair to say that Yvonne Craig was a trailblazer of sorts, and if not for her portrayal of Batgirl/Barbara Gordon in Batman, we might have been stuck with Betty Kane; a vapid character by comparison. According to an interview, Craig felt so connected to Batgirl/Barbara Gordon that she expressed some disappointment over the character’s paralysis during the events of The Killing Joke. It is my opinion that while Babara Gordon as Oracle worked well in the comics, Craig must have been happy to see Batgirl back on her feet with the introduction of DC Comics’ The New 52.

Whether you’re a fan of the 1960s Batman television series or a fan of Batgirl (or Oracle), we’d like to hear your thoughts on Yvonne Craig’s unfortunate passing, and how you feel about the character that she helped to create. Sound off in the comments section and on our Twitter page!

This article is dedicated to the memory of Yvonne Craig and to the loved ones she has left behind. She will be greatly missed.