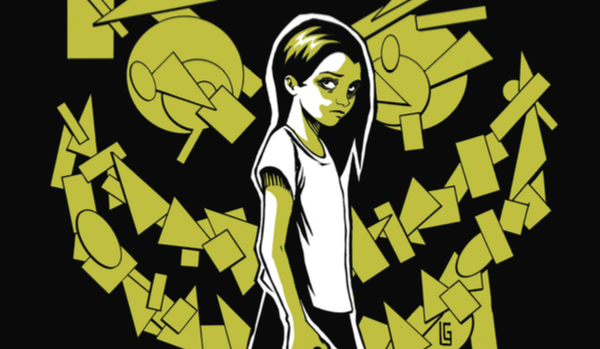 “I never thought of myself as a horror writer,” Neil Gibson states in his foreword for Twisted Dark Volume 3. “I still don’t, but a lot of people who like horror seem to like Twisted Dark. Above all, I aim to write stories that I find interesting. But, sometimes what is interesting is also horrifying.”

Gibson is certainly right, and he’s succeeded in creating a collection of stories that are intriguing and, at times, violent and macabre. The lighter tone of Volume 2 has vanished, and the eleven stories contained in Volume 3 — all written by Gibson — range from slighty dark to oh-my-God-what-is-he-doing-with-that-pair-of-pliers dark.

This collection is a page-turner, and I found myself reading it from cover to cover in one sitting. Think of it as a season of twisted Twilight Zone episodes — each tale will keep you guessing until the end. Why does the mother who lives in the home for the elderly never get any visitors? Why happens when a woman wanders into a bad part of town to hire a hitman?

While the entries are self-contained, there are threads — some subtle, some not so subtle — that tie them together. For example, the first piece, “Growth,” features two workers meeting with a drug lord named El Nudillo. One of the guys mentions that the boss is old and weak. “It’s time for new blood,” he says. Oh, don’t worry, There will surely be blood before you reach the last page. As you’re reading these tales, keep an eye out for mentions of El Nudillo. You may be surprised to see where his name pops up.

This volume highlights many of Gibson’s strengths as a writer: He can flesh out full characters in only a few pages; his plots are varied and interesting; and he knows how to end stories at just the right moment to make you linger on that final panel as you absorb what you just read. 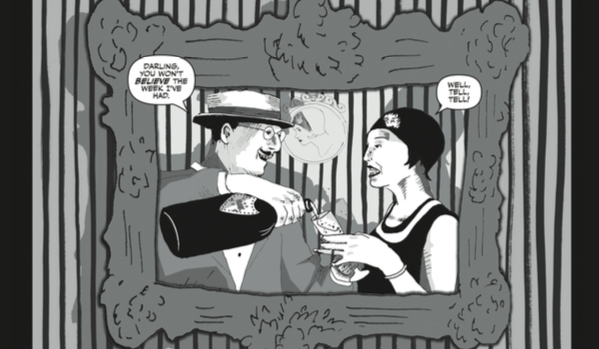 Of course, the art in comic books is just as important to storytelling as the writing. Luckily, all of the artists in this volume are paired perfectly with the subject matter of their stories. Seven artists are featured in Volume 3: Caspar Wijngaard, Jan Wijngaard, Atula Siriwardane, Jake Elphick, Seb Antoniou, Leonardo Gonzalez and Hugo Wijngaard.

Caspar Wijngaard is the artist for four of these stories: “Growth,” “Hitting Back,” “Perfection” and “Lifeboat.” His art also appears in Gibson’s Tortured Life series, which was my introduction to T Pub’s comics. This duo works well together — Caspar Wijngaard’s impressive art adds a disturbing vibe to these dark tales.

The art of two other Wijngaards appears in Volume 3. While Caspar works mainly with thick lines, Jan’s are thin and crisp in “Love of my Life,” which tells the story of … you guessed it … the love of a man’s life. The flashbacks are rendered in a beautiful shade of gray, making them look almost like a painting.

“The Bid” is a noteworthy tale due to both its art (see the example above) and subject matter. It is set in Normandy, France, in 1925 and follows a man who is attempting to get rich by making a bid to dismantle the Eiffel Tower. It’s not horrific in any way, but it is certainly twisted. Some readers may wonder why it’s in this volume, but I found it to be a breath of fresh air to break up the more gruesome stories. As for the art, Hugo Wijngaard’s detailed panels are unique and complex. The style fits perfectly with the time period.

“Peace and Quiet,” the final story in the volume, may be my favorite. It follows parents who are raising a daughter with autism, and the twist (is it a spoiler to say there’s a twist in a Twisted Dark story?) is brilliant. Siriwardane’s art is quite realistic, which makes the story even more shocking.

My only critique would be the length of two particular stories. “Perfection,” which features a woman who’s striving to be beautiful, is an interesting tale, but it’s a few pages too long due to some repetition with the character’s internal monologue. “Lifeboat,” on the other hand, has the opposite problem — it’s too short at three pages (and one is a full panel). While I appreciate the twist, it’s easily forgettable amid all the other stories.

Overall, Twisted Dark Volume 3 is a great collection. If you’re a fan of horror or would appreciate a dark take on The Twilight Zone, I highly recommend picking it up.

For more information on Twisted Dark Volume 3, go to T Pub’s website. Which story from Volume 3 is your favorite? Let us know in the comments or send us your thoughts on Twitter!