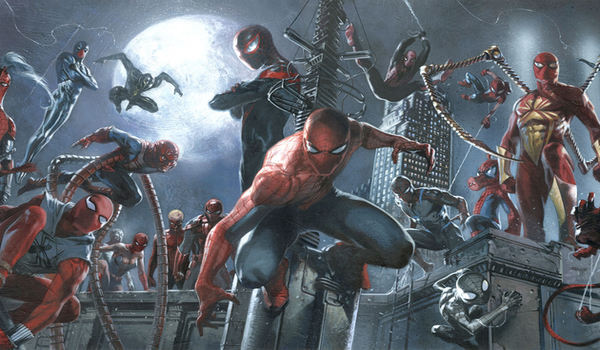 Spiders! Spiders everywhere! Yeah, there are more than a few different versions of Spider-Man floating around in the big ol’ Marvel Multiverse. And we’ve had a front seat to most of them after the Spider Verse storyline last year. Blimey. I haven’t seen this many people red and blue pajamas since… okay, I don’t have a follow up anecdote. I mean, when was the last time YOU saw a large congregation of people in just red and blue pajamas? It’s not exactly an everyday occurrence! Anyway, we’re going to go through some of the best Spider-People out there!

Be warned though, I’m not going to be doing any characters that started in the main 616 Marvel universe (so none of the billion Spider-Women, Spider-Clones etc, sorry), nor am I covering any of the film or television versions. Just the comics! And from one disclaimer to another…

DISCLAIMER! This list is my own opinion. So no moaning about how I “left out a Spider-thingy”. I don’t care! There’s, like, a hundred different versions and I’m not doing them all! Get back in the hole from whence you came! 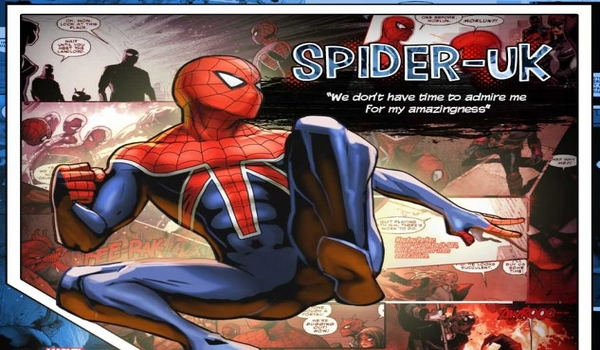 Oh yeah. Who doesn’t love Spider-UK? Because… he’s like Spider-Man. But British. And part of the Captain Britain Corps. Aaaaaand… okay I only put him on the list because he’s British. What do you want from me? I’m a patriot. I don’t care if it calls my journalistic integrity into question. I mean, I threaten various media empires and celebrities who have annoyed me with fiery death on a regular basis. Clearly I have no integrity. Don’t give me that look, I don’t care!

You want anything else? Ummmmm… he was a fairly important character in the Spider Verse story. Kinda brought them all together. So… there’s that. Other than that there’s the… uh, the… *Sigh* I’m going to get a lot of flak for this one, aren’t I? 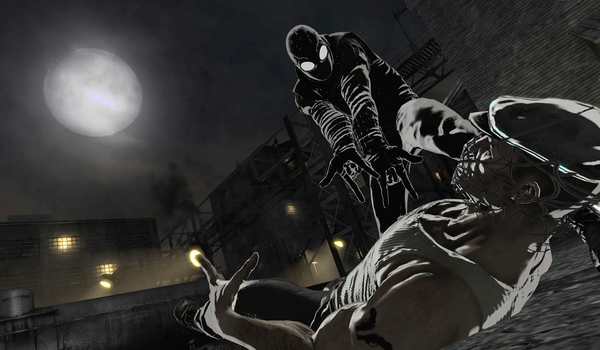 One of the better Marvel Noir stories (mainly because I could tell what was happening on the page. I mean, c’mon X-Men. I know it’s noir, but I could barely even tell the characters apart!), Spider-Man Noir is a darker, more gritty version of the webbed wonder. Except they did it properly and with more than a modicum of thought, unlike some people I could mention. (DC!).

This Spidey came about in 1933 and has all the same powers as him. except he also has a gun. Just let that sink in for a mo. Spider-Man has a gun. Which he uses. Blimey. Not gonna lie, having a hard time wrapping my head around that. Still, it’s noir. What do you expect? 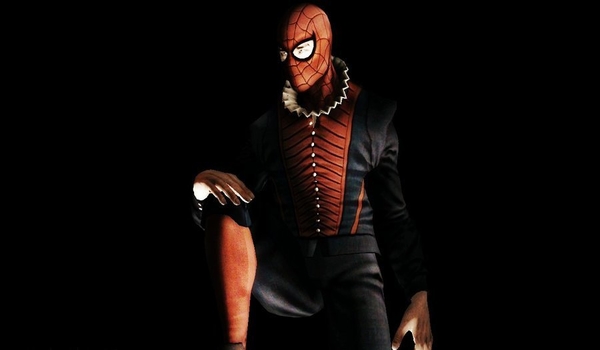 Once again, I thank the supreme and benevolent Neil Gaiman for delivering us a pretty damn awesome story. Neil… I love you. And I would like to marry you, if you’ll have me. But that aside, Marvel 1602 features all the Marvel characters we know and love, but in Elizabethan times. Dr Strange is Queen Liz’s head physician, Daredevil is a blind minstrel/spy, and Captain America is… a Native American called Rojahz. Huh. But what of Spider-Man, you ask?

Well, here he’s Peter Parquagh, apprentice to Sir Nicholas Fury. And weirdly enough, for the majority of the story (the first graphic novel at least), Peter has no powers. It’s only at the end that he gets them, and even then we don’t see him using them. Belive me, it’s better than I’m making it sound. Sadly, this Spider-Man was one of the first killed by Morlun in the Spider Verse story. In the Globe Theatre of all places! 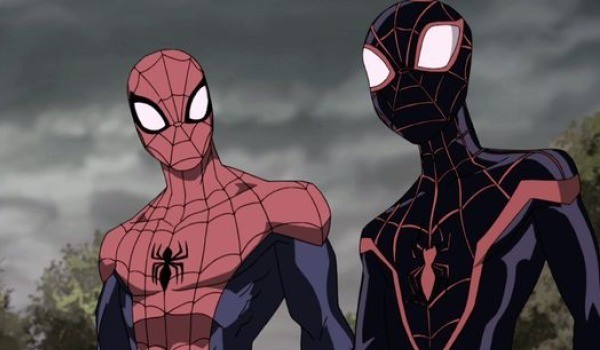 When we talk about the Ultimate Spider-Man, we’re actually talking about two different people. NOT that abomination of a TV series version that wouldn’t know about proper tone if it rang their doorbell and smacked them in the face with a comically large herring! No, I’m talking about the comics version. The GOOD version.

Initially, the Ultimate Spider-Man was Peter Parker, and wasn’t too dissimilar from the original. But later he was replaced by a new Spidey, name of Miles Morales. And people love both these dudes. It’s easy to see why, they’re both created by Brian Michael Bendis, one of the best comic writers of all time! Although he’s still attached to the aforementioned god awful Ultimate Spider-Man TV show, soooooo…