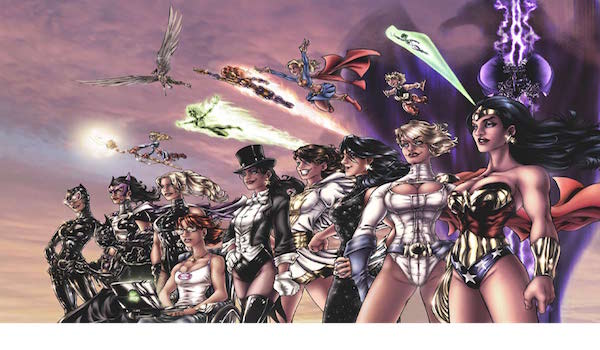 
When it comes to the superhero genre, women get the short end of the stick. Not only do movies, comics, and shows cater toward a male audience, but there is also a shocking lack of female characters in general. Seriously, for every woman in Marvel or DC, you’re bound to find ten men. It’s a huge imbalance. However, even with such a male-dominated medium, there are still some women who come out on top and demonstrate their true power and strength. We’ve seen the best of Marvel’s female characters; now it’s time to look at the strongest DC women! Here are our 10 nominees (in no particular order). 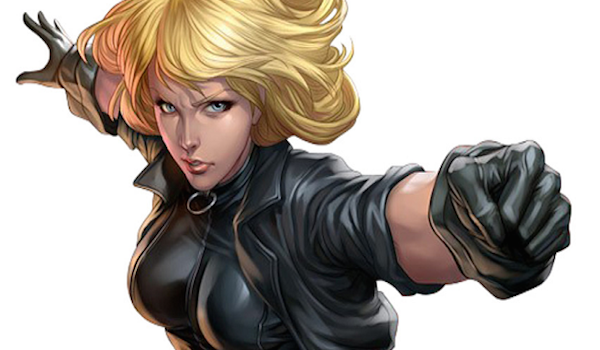 The original Black Canary didn’t have super-powers. She wasn’t an alien. She wasn’t even a billionaire playgirl with a horde of gadgets at her disposal. But she’s still one of DC’s top women characters, mainly because she doesn’t let her own mortality hinder her abilities. Dinah Laurel Lance is noted for being an exceptional martial artist who is able to stand her own against some of the toughest fighters in the DC universe, ranging from the lethal Lady Shiva, to a band of Amazonian warriors. She has also trained extensively to achieve near-peak human conditioning. More than once, she’s demonstrated the ability to catch arrows in mid-flight. If her physical skills don’t impress you, then maybe the power of her Canary Cry will. 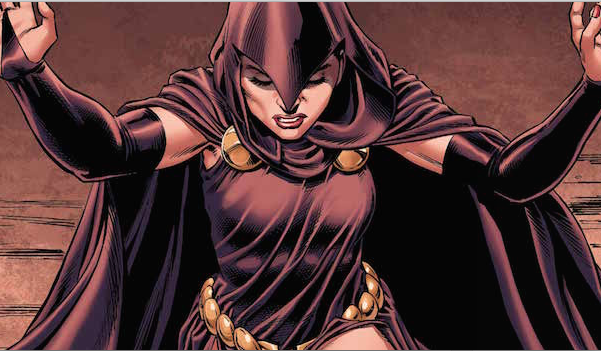 If you prefer more brooding heroines, Raven may be up your alley. I like to compare Raven to Marvel’s Scarlet Witch and Hulk. She’s a powerful empath with a vast amount of psychic and magical abilities under her control, however, her true power shows when her anger comes to light. In fact, if she didn’t restrain her emotions, it’s possible she could cause the universe to cave in on itself. The one thing stopping all this is Raven’s subdued nature and solid moral compass. Even if she’s holding back, she’s still a formidable character. She can travel across dimensions, control lethal shadows, manipulate emotions, and even predict the future. With nothing restraining her, Raven can turn into a true force to be reckoned with. 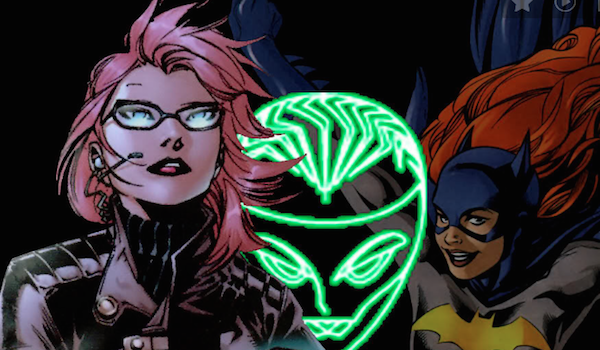 There were several women who donned the Batgirl cowl, but we’re going to focus on Barbara Gordon because, frankly, she’s the best. In the beginning, Batgirl was actually the costumed identity of Betty Kane, the niece of Batwoman. However, through the power of Crisis on Infinite Earths and the influence of the Batman TV show, the heroine was retconned and now had the civilian identity of Barbara Gordon, daughter of Commissioner Gordon.

After the Joker paralyzed her in The Killing Joke, Barbara hung up the Batgirl cowl and honed her genius-level intellect, developing an impressive background in computer and information sciences. This led to her transition into the Oracle, the technological backbone of the Bat-family and one of the most intelligent people in all of Gotham (yes, possibly even smarter than Batman). 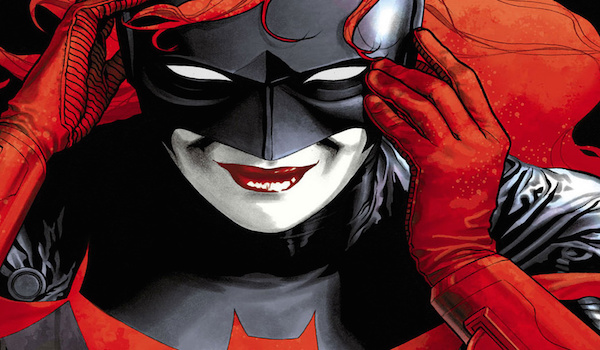 Batwoman deserves credit on two accounts: she’s a kick-ass female DC heroine, and she’s an openly lesbian character. It’s hard to go very deep into the character in such a limited space due to her complex background. The main thing to know is that she’s essentially the male equivalent of Batman, but she doesn’t get anywhere near the same recognition. I thought it was important to include her in this list because she’s strong in a physical and mental sense, as well as being a solid role model for gay fans. If there is any group that is as misrepresented in comics as women, it’s the LGBTQ community. Batwoman is a model hero who conquers stereotypes and shows that anyone can be a hero no matter what their gender or sexual orientation. 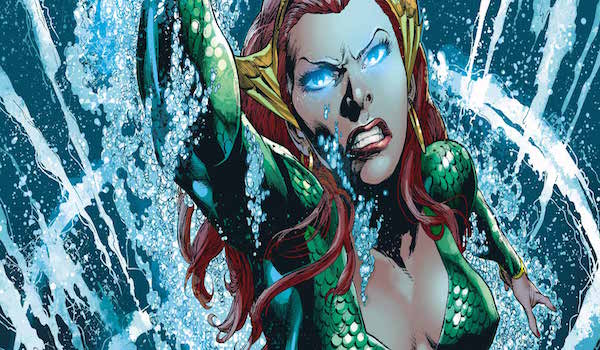 You might not think that the wife of Aquaman is powerful, because, I mean, it’s Aquaman. He can talk to fish. Wooooo so scary. Wrong. Aquaman is severely underappreciated, as is Mera. She possesses the power to control and manipulate water, using the liquid to create lethal objects to aid her in battle. With enough determination and concentration, she can even control larger bodies of water and use them to replenish or enhance her strength.

Mera’s one shortcoming is that her emotions can get the better of her, especially when it comes to her family issues. But Mera doesn’t always let them stand in her way. Her anger allowed her to wear the Red Lantern Ring and briefly fight as a deputy in the Red Lantern Corps. She’s angry enough as it is; give her a Red Power Ring and it’s game over. 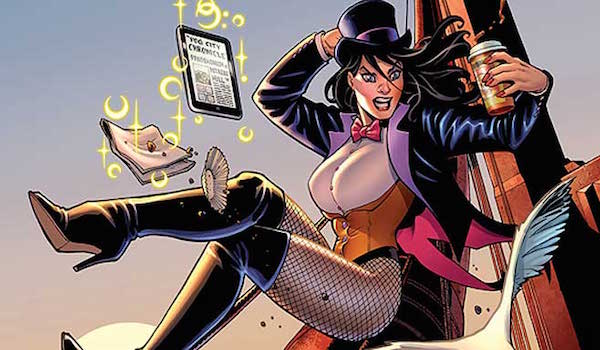 Coming from the ancient human sub-species of “Homo Magi”, Zatanna started out as an ordinary stage magician, until she discovered her real magical powers and learned how to control them. Zatanna has achieved such feats as magically rebuilding Metropolis, subduing Batman, and freezing time.

Some people may be turned off by her seemingly unlimited power, and that’s understandable. But those same people worship Superman when he’s practically a god. Make up your mind. At least it takes more than an imaginary rock to actually beat Zatanna. 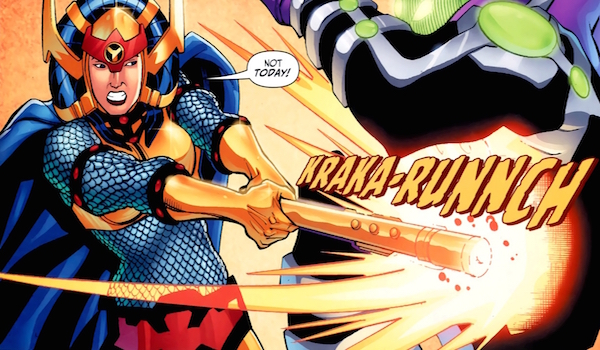 It may be unfair to include Big Barda on this list since she’s a New God, a super-powered being having achieved near-perfect evolutionary perfection, but Big Barda is strong even for her own race. She was raised and trained to become the leader of the Female Fury Battalion, a group of fearless warrior women who fought for Darkseid, but she eventually escaped to Earth.

Barda is strong, loyal, determined, and has held her own against both Superman and Wonder Woman in combat. One of the coolest aspects of this character is her arsenal, which includes the Mega-Rod, a powerful staff that can shoot bolts and increase gravity; Aero-Discs, tiny gadgets that allow her to fly; near-impenetrable Apokaliptan armor; and a Mother Box, a magical artifact that allows for inter-dimensional travel. She’s got equipment that would make Batman jealous. Even if she wasn’t armed with this impressive New God technology, she’d still wipe the floor with almost any DC hero or villain. 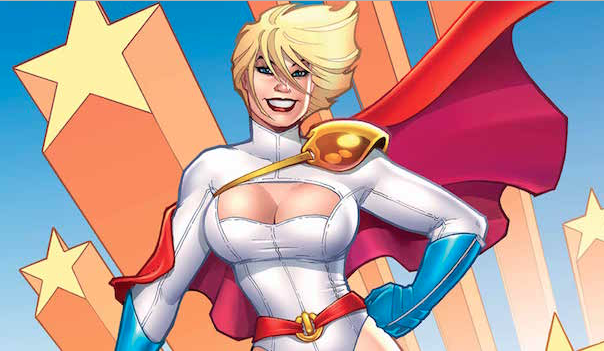 People talk about Supergirl and Wonder Woman and other DC heroines, but where is the love for Power Girl? Have you seen what she can do? A list of her feats include punching Wonder Woman across a continent, kicking the crap out of Black Adam, and standing her ground against a mentally unstable Superman suffering from bloodlust. It’s a shame a lot of readers only recognize Power Girl for of her largely-drawn breasts when there’s so much more to the character. She deserves to be put among the same ranks as the rest of the Justice League, but you hardly ever hear about her outside of the comic realm and occasionally the animated series. It’s also a shame that the DC Extended Universe is (as of now) neglecting such a solid DC heroine. 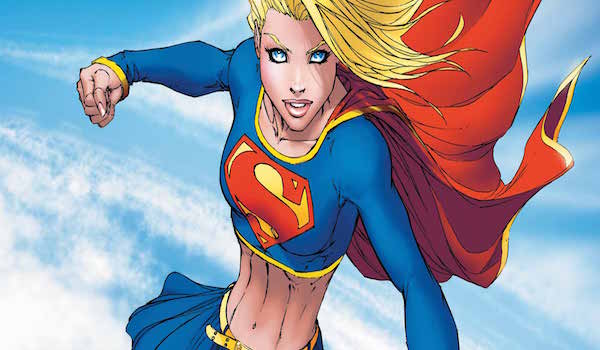 Just like the case with Batgirl, there are many incarnations of Supergirl as well. For the sake of simplicity, I’ll discuss Kara Zor-El since she’s the most popular (and the most interesting). Now, since Kara is of the same species as Superman, there are people wondering if she’s just as strong. We’ll really never know because Superman subconsciously restrains himself from unleashing his full potential. Meanwhile, Kara goes all out and throws everything at her enemies, one time nearly defeating her cousin. Superman once admitted that Supergirl seems stronger than him because he pulls his punches and she doesn’t. Is this true? Or is the Man of Steel secretly afraid of his own kin possibly having powers superior to his own? 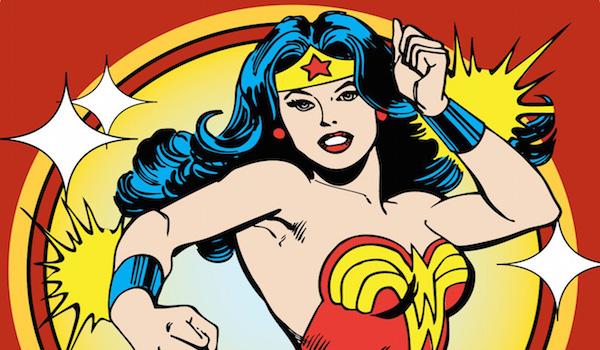 Last but certainly not least, we have Wonder Woman herself. If you ask any non-comic book reader to name a famous female superhero, it’s almost guaranteed that they’ll say Wonder Woman. This Amazonian Princess was one of the founding members of the Justice League, and she’s gone on to become a leading feminist icon in comic books. She’s got super strength, super speed, and super everything else.

But even without these powers, she’s still a powerful heroine in DC lore. She is a master of various Amazonian martial arts as well as numerous ancient and modern fighting tactics. Batman once called her the best melee fighter in the world. Yeah, even the Dark Knight knows how to acknowledge true strength. Wonder Woman has definitely earned her position as the one of the most powerful women in DC.

It’s unfortunate that there aren’t more strong female characters in comic books getting their moment to shine. But with a new wave of comic writers coming to the table, as well as the Supergirl TV show and planned Wonder Woman and Captain Marvel films, it’s possible we could see many more women appearing in DC and Marvel media in the near future.

Do you think this is a solid listing of the top female DC heroes? Who else would you include? Let us know in the comments or on Twitter!