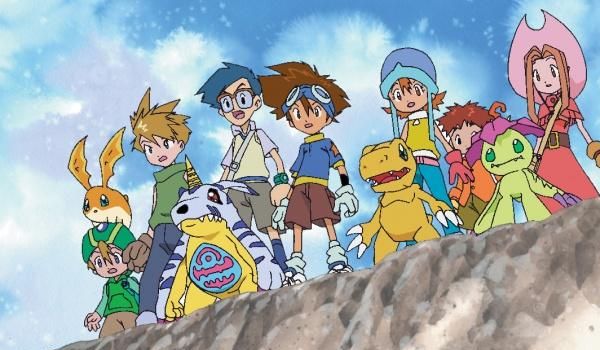 Welcome to DigiMonth! Okay, it is more than likely this seven-part series will take longer than a month to write out, but I wanted to use the catchy cheesy punny title because I say so. Anyway, fifteen years since the anime’s debut in 1999, it was announced earlier this year that the characters of the first season, Digimon Adventure, would be revisited in a series of films called Digimon Adventure Tri, the first coming out at the end of the year. To celebrate this fantastic announcement, we are going to take a walk down memory lane and look back at all of the seven seasons that have aired, all of the good bits, all of the bad bits, and I will present my humble, honest opinion on each season in turn. As Diaboromon would say, we’ll go back to the beginning, and first look at Digimon Adventure, released in 1999.

Please note that we are only covering the English dubs of each season while making the occasional nod to the Japanese versions. There will also be mass spoilers throughout.

Let’s talk about the story. Digimon Adventure mostly takes place in Odaiba, Tokyo, and the Digital World over three days (though it feels longer in the latter due to the quicker time frame). At camp, seven children named Tai, Matt, Sora, Izzy, Mimi, Joe, and T.K. receive strange Tamagotchi-like Digivices and are transported to the Digital World. Trapped there with no way home, the kids are befriended by seven Digimon, monsters able to grow stronger and transform through a process called Digivolving. The Digimon partners are Agumon, Gabumon, Biyomon, Tentomon, Palmon, Gomamon, and Patamon. They eventually learn they are on File Island ruled by the evil Devimon, and the children are the Digidestined, chosen ones summoned to save the Digital World from evil. Devimon is destroyed by Angemon, Patamon’s evolved form, but they then learn they are needed on the continent Server after an old man named Gennai calls them.

The Digidestined travel to Server, gaining new ways to digivolve through the Crests. While battling the Elvis impersonator Etemon (yeah, you read that correctly), Tai and Agumon are blasted through a black hole and land back in Tokyo where Tai’s sister Kari apparently knows Koromon though she does not know why. Digimon begin to appear in the city and a portal opens back to the Digital World, Tai sadly leaving Kari behind. In the Digital World, Tai tracks down his scattered friends and learns the vampire-like Myotismon plots to travel to Earth, conquer it, and destroy an eighth Digidestined. Returning to Earth, the kids learn Kari is the eighth child and her partner is Myotismon’s lieutenant Gatomon. Through one epic tearjerker and the show’s greatest moments, Myotismon dies and the Digidestined go to the Digital World to defeat the evils that have conquered it.

The battles against the Dark Masters are dark and harsh. Allies and friends die, secrets are revealed about why the Digidestined were chosen, and the team come to blows and end up fracturing in three. Each of the children are broken down to their core elements and must face themselves and their own inner demons before reuniting to take out the last of the Dark Masters, Piedmon. The last two episodes reveal that everything has been planned out by the be-all, end-all form of evil – Apocalymon, who frankly is a rather boring villain. There is no build-up, he whines about pizza crusts, and he’s beaten in one episode. The Digidestined restore the Digital World but learn because of powers out of their hands they will have to go home or remain trapped in the Digital World, leading to an emotional, bittersweet ending.