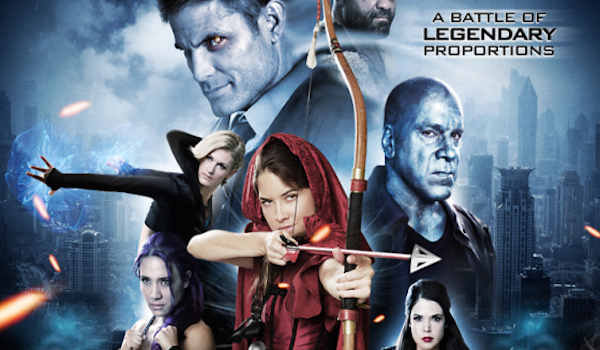 I love comics. I love classic fairy tales. I love crossovers. I love dark, gritty re-imaginings. I don’t love Avengers Grimm. You’d think that a film that rips off Avengers: Age of Ultron with fairy tale characters would be awesome. Trust me, I was really pulling for this film to be entertaining. Unfortunately, it ended up being an hour-and-a-half of wasted time that I’ll probably never get back. It was like dealing with Fantastic Four all over again. How difficult is it to make a great superhero movie nowadays?

Going into Avengers Grimm, it’s important to know a little background about the studio that created it. The film was made by The Asylum, a movie production company that specializes in low-budget “mockbusters” and direct-to-DVD films. Basically, whenever a big hit movie comes out, the studio tries to capitalize on the trend and come out with its own similar films. For example, when Transformers came out, The Asylum produced Transmorphers. When Indiana Jones and the Kingdom of the Crystal Skull was hitting theaters, The Asylum graced us with Allan Quatermain and the Temple of Skulls. Obviously, these films all turned out to be horrible train-wrecks that would make Uwe Boll proud. But then again, The Asylum also provided us with the Sharknado series, so there’s that.

As I’ve mentioned already, Avengers Grimm was meant to capitalize on the success of Avengers: Age of Ultron, while also borrowing heavily from the show Once Upon a Time. The main villain is Rumpelstiltskin, played by Casper Van Dien, who wants to take over the world or something. To be honest, it was hard for me to stay focused on the actual plot because it was so scrambled and all over the place. All I can really recall is something about a magic mirror. Anyway, Rumpelstiltskin somehow gets transported from fairy tale world to our own universe, and settles in Los Angeles, quickly growing to a position of power. However, Snow White has followed him to LA and is trying to overthrow him. Meanwhile, the other fairy tale princesses, Cinderella, Sleeping Beauty, Rapunzel, and Red (Riding Hood), discover what has happened and venture to the real world to defeat Rumpelstiltskin once and for all.

First of all, I’m a little surprised that they got Casper Van Dien into this movie. He was Johnny Rico in Starship Troopers! Has his career really gone so far down the drain that he has to resort to B-movies? Not only that, but they also turned his character of Rumpelstiltskin into a wannabe-Loki from the Marvel Cinematic Universe. The least they could do is give him a little more originality. But what else do you expect from The Asylum?

Another surprise for me was when I saw Lou Ferrigno make an appearance (which is funny when you think about it – he’s co-starring in a film that rips off one of his other films). Once again, we have a successful actor participating in a project that is well beneath him. Maybe Ferrigno actually wanted a starring role instead of just voicing the Hulk for once? Maybe he had some time to kill? Maybe he owed a huge favor to The Asylum? Either way, I think his appearance was one of the few redeeming qualities about Avengers Grimm, even if he was spray-painted silver through half the movie. 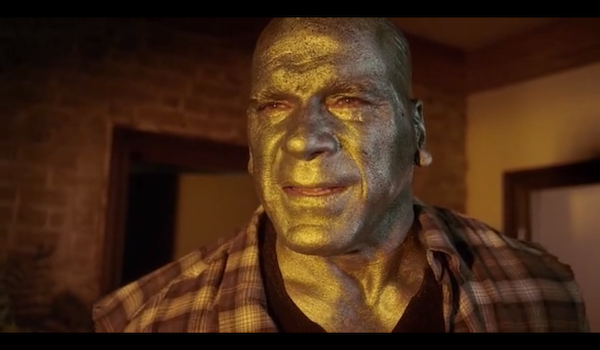 Now, onto the actual Avengers. I’m a little surprised that the movie got away with the team actually calling themselves Avengers. Maybe there’s a loophole where they can say they are avengers rather than saying they are THE Avengers. Whatever. Let them call themselves whatever they want. It won’t hide the fact that their movie sucked.

I’ll give some credit to the film for making an entirely female superhero team. One of the biggest criticisms about the MCU is the lack of diversity, especially in genders. The Asylum decided to put a nice little spin on the concept and made the team all-female. This isn’t the first time they’ve done this, either. Back in 2014, the studio produced Mercenaries, a mockbuster of The Expendables franchise but with an all-female team. So if there’s one thing that The Asylum seems to do right, it’s advocating for gender equality. Bravo.

The Grimm Avengers, or whatever they want to call themselves, consists of classic fairy tale princesses with a little twist. Snow White can conjure ice, Sleeping Beauty can put people to sleep, Rapunzel uses her long hair as a weapon, Cinderella can fight (I think that’s her power), and Red is an archer. This is where I had to pause and go “Really?” Never have I ever heard of Red Riding Hood using a bow and arrow. Ever. This detail made no sense. I know it’s a re-imagining of her character, but they could’ve gone with literally anything else related to the character, and they chose a bow and arrow. Oh, and did I mention that she has trick arrows? And, the cherry on top of it all, she gets brainwashed into becoming evil and fighting against her friends. Hmmm, where have I seen this before? Who does Red remind me of? I won’t say, but his name rhymes with “Shmawk-eye”.

Avengers Grimm has very little going for it. The acting is appalling, the plot is all over the place, the special effects look like something I could create in iMovie, and the film feels really drawn out despite clocking in at around 86 minutes. If it was anyone else besides The Asylum doing this film, I think it could’ve been more bearable, sort-of like Hansel and Gretel: Witch Hunters. It’s a shame that an interesting concept had to go to waste.

I wonder what mockbusters the Asylum will create as more and more hit films start to release. Will we see Star Battles: The Force Wakes Up? What about Lieutenant America: Civil Dispute? I’d probably watch Batguy V Superperson: Night of Justice. Hell, maybe we’ll even get a sneak peak at Deceased-Pool in the next month.

Have you checked out Avengers Grimm yet? Did you think it was horrendous or did you see a little charm in this film? Let us know in the comments or on Twitter!