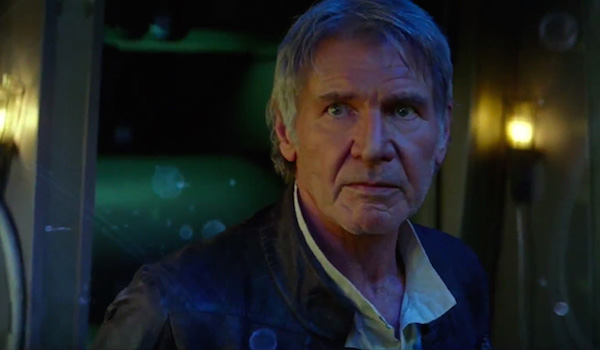 This is the time when everyone is freaking out online, either expressing how much they loved the latest Star Wars: The Force Awakens trailer, or trying to go against the crowd and expressing their utter distaste for it. Either way, I bet a majority of you will be lining up to see the film when it hits theaters in December. Don’t deny it. I already pre-ordered my tickets for the U.S. premiere. The first full-length trailer was awesome, and while this one didn’t capture the same magic, it definitely got me hyped up for the film.

So there’s the new trailer. Did it get you pumped up? No? Watch it again. Watch it one more time. Then another. Seriously, there’s no shame in re-watching the trailer over and over. If not for the sheer awesomeness of Star Wars, at least appreciate the wonderful music and the jaw-dropping cinematography.

I mentioned in the review of the last trailer how this movie looks absolutely gorgeous. The thing that bothered me so much about the prequel trilogy (at least, with Revenge of the Sith) was the over-use of CGI. I hated how fake everything looked. Granted, that was 10 years ago, but did the Clone Troopers have to look so obviously animated?

But I’m not going to harp on about the prequels. This is about The Force Awakens, and this movie looks like it’s not going to force so much obvious CGI down our throats. Every single shot looks breath-taking, from the clips of the Millennium Falcon evading a fleet of enemy ships, to the long-standing frame of Rey (Daisy Ridley) trudging across a barren, desert landscape. I can’t get over how amazing the film looks already. 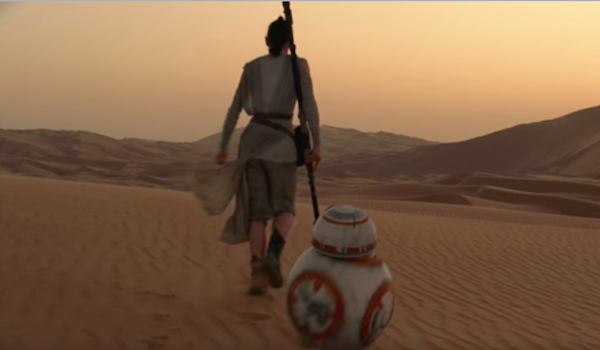 But of course, this film isn’t all about the scenery. We’ve got a plot in there somewhere. Star Wars: The Force Awakens takes place 30 years after the original trilogy, in a galaxy that has been torn apart by war and terror. Darth Vader and the Emperor may be gone, but their influence has caused massive damage across the galaxy far, far away. In the power vacuum left behind by Vader’s fall, it seems that a new Sith named Kylo Ren is fighting for supremacy. While Vader has always been known as a somewhat tragic villain, it doesn’t seem like we’ll be getting a sympathetic backstory for this new player. So far, all we’ve gathered is that Ren hopes to make his former master (Vader) proud, and to do that, he’s going to use his fancy new lightsaber and a horde of soldiers. 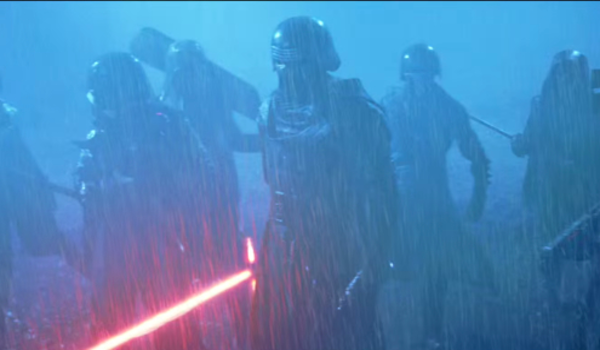 The trailer showed us a little bit more about some of the other protagonists, and it’s obvious that newcomer Finn (John Boyega) is going to be the star of this movie. We’re not entirely sure what his deal is yet except that at one point, he’s dressed as a Stormtrooper and stranded in the desert. Does this mean that Finn is going to start out as a villain and then convert to the light side, or is he going to be a hero from the beginning and at one point has to disguise himself as a Stormtrooper? No matter what his past is like, I think it’s safe to say that he’s going to be the hero at the end of the day, mostly because of an epic shot toward the end of the trailer where we see Kylo and Finn about to face off in a lightsaber duel in the middle of a snowy forest. Yes!

We see a few familiar faces in the trailer as well. Han and Chewie make their appearance, as does Leia, but what about Luke Skywalker? Where’s he during all of this? Well, you may have missed the brief shot, but at around 1:39, we see a person in a cloak laying a robotic hand on R2-D2. Come on. It should be obvious who that is.

An interesting theory that I saw in an online discussion: what if Luke and Kylo get into a lightsaber duel and Luke pulls the same shtick that Obi-Wan did in the original trilogy by letting himself get killed? Ren strikes down Luke, and then a new hero, most likely Finn, takes up the saber and avenges him. It would certainly be a nice callback to A New Hope, and it could properly set up Finn as the growing hero for the new trilogy. It would also allow Mark Hamill to reprise his role in any future installments as a Force Ghost. Why not?

On a final note, I want to draw attention to something that I just noticed a few moments ago. There’s a scene at 1:38 where Han is leading his friends up to a building with a bunch of flags and banners. Someone on my newsfeed pointed out how one of those flags bore the symbol of a certain Mandalorian named Boba Fett. Take a look. Right in dead-center. That’s Boba’s symbol. 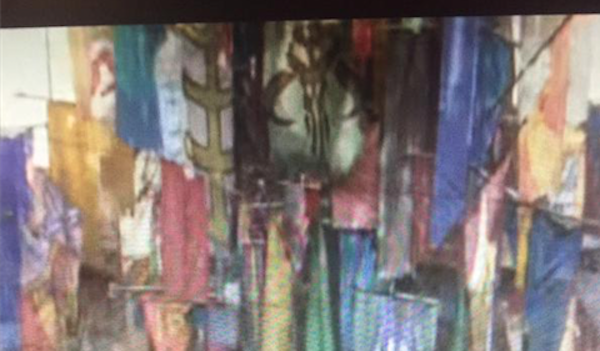 Does this mean that Boba is still alive, having clawed his way out of the Sarlacc Pit? Or is Han possibly hiding out in Boba’s old abandoned compound? Or is it just a tiny Easter Egg as a callback to the notorious character from the original trilogy? Personally, I’m hoping they elaborate on this more in the film, and I certainly won’t complain if we get a Boba cameo.

Star Wars: The Force Awakens is easily one of the most anticipated films of 2015. The pre-order ticket sales alone crashed numerous sites, which should be an indication of just how many people want to see this movie. Let’s hope that it lives up to our expectations.

Star Wars: The Force Awakens is set to premiere in the United States on December 17th, 2015.

Did you like the trailer, or was it a disappointment? What are your predictions for the film? Tell us what you think in the comments or on Twitter!