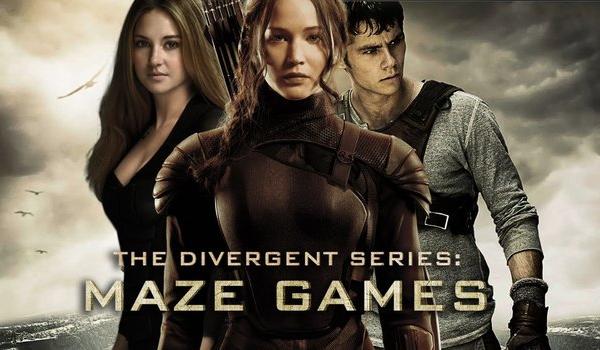 With the final instalment of The Hunger Games around the corner, The Hunger Games: Mockingjay – Part 2, I thought I’d explore the ideas of why we love these films so much.

Dystopian/apocalyptic films are not new, they have been going for quite a long time, but how have they become ever so popular with us as viewers? Well I believe there are a number of opinions that give us the answer. An idea especially for the younger audience, is that the films, books and series are set in a somewhat chaotic and frantic society that has a control over the heroes, which can give a reflection on teenage life. I am not saying that our teenagers are continuously being chased by zombies or trying to be controlled by a megalomaniac organisation. What it does mirror in a teenage life however is the struggles they may face in school, surrounding peers and life at home as it makes our teenagers come to terms of their regimented life. You can say that these aspects in life are there are zombies or crazy organisations trying to prevent them to do what they want.

What dystopian and apocalyptic films presents for teenagers and sometimes the older viewers is hope; with young adults, they have their whole life ready to be set ahead of them and it is hard work and the key word ‘hope’ that will allow them to achieve what they desire in the future. Which gives me the reason why the characters in all these films makes our young viewers so strongly attached to the protagonists as they present hope in the stories, which they can use to reflect in their own lives. It’s not even the characters that give our young audience something to reflect on but the name itself; apocalypse. In Greek it means, to reveal something hidden, which again links to a teenage person’s future as it is hidden for years to come, and for them to be successful they have to do something about it; whether it’s a struggle or if it’s easy they’ll do what it takes to be where they want in their future lives, they have to cause a revolution. Which is what these apocalyptic films are about: The Hunger Games, Divergent, Maze Runner they are about young heroes causing a revolution to make their lives and others better off. Which is why believe the teenagers and adults are so infused with these films because they are subliminally seeing the act of the apocalypse revealing what is hidden which therefore presents life itself as the revelation and our viewers don’t even know it till they experience growing up and experiencing the same concepts troubling our protagonists.

I think we like watching dystopian films because it’s simply exciting! What makes the story so exciting is because it’s a heroes journey, we watch these heroes go through the thick and thin, which is what makes the viewers get so attached to the characters. What the characters create for us in these films is inspiration. Inspiration is what keeps us hooked, because we know that humanity at one point in the future is going to vanish, and the questions are always there, being leaked out in our society. Which is why these films are so addictive, because they give us a fictional view on these end of humanity ideas, the films flirt with us the possible ways we are all going to die and for some reason we love that! Which brings me back writing about the heroes journey – because we are constantly hearing about the end of the world etc.

To see a young protagonist either male or female, with their entourage defying all the odd to save our world, who are easily relatable, get us fascinated by the terrible things these characters have to face, then to see them react bravely and others cowardly gives and enjoyable watch. We end up being compelled to see the characters develop throughout the stories, it get us intrigued on who will rebel or who will come out of no where and save the day, which is what creates all the excitement and addictiveness when watching these films.

With all the settings, creatures and oppressions, it gives us an eagerness to carry on watching. Because like I said as a population we are obsessed of this ‘end’. When will the end happen and why? For one thing we are watching it rather than living it, so when watching all these films, we gain a sense of surviving this mass apocalypse without us getting our clothes dirty; we’re ‘not in the arena’ like the beleaguered tributes in The Hunger Games yet our imagination can take us there and live it through the films. And while these apocalyptic films can be deemed depressing, there’s a certain rightness in watching about a future that’s negative, which gets us wanting to watch more. Why? Because we know all these politicians, army groups and crazed corporate organisation are capable of doing these terrible thing, which means when we’re watching these films, it feels honest which again is such a powerful concept because when watching these films, you can relate to them in some way or another and that’s why a lot of people end up watching them.

So overall whether it’s us as an audience admiring these films because they give us the worse case scenarios of our future, or if it’s the courageous heroic group of teenagers defying all the odd to save our civilisation, or even if it’s just the amazing settings of these films, there is no denying that all the post apocalyptic films are engaging and exciting, which always makes us wanting more.

Do you agree with my ideas on why we are so absorbed with these films? Or may want to add something I’ve missed? Well then just give us a tweet or leave a comment in the comment box, enjoy!