Home » Who Is Jessica Jones? 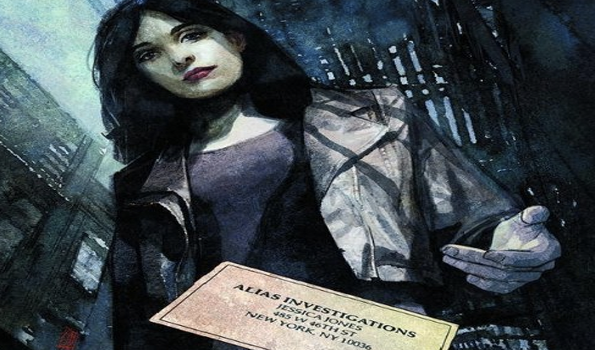 Jessica Jones is set to be the new Marvel show produced by Netflix, following on from the hugely successful Daredevil series. We have seen some exciting footage from the trailers so far, and we fully expect the show to be a huge success. But who is Jessica Jones? For those who don’t know much about the character, here we give you the rundown for all you need to know before the new series graces our screens later this month.

The original series ran from 2001 to 2004, spanning 28 issues. The comics were released via Marvel imprint Marvel Max. The series was dark and gritty, and certainly wasn’t written for a younger audience.

First, let’s start with the character’s origins. Jessica Jones made her first appearance in Alias #1 in November 2001. Created by Brian Michael Bendis and Michael Gaydos, the original plan for the character was to use established character Jessica Drew aka Spider-Woman, but as the character evolved, they scrapped the idea and opted for a new character, Jessica Jones.

Born Jessica Campbell, the character attained her powers after a fatal car crash, whilst returning from a trip to Disney World, involving a military convoy carrying chemicals (what else) killing her parents and leaving Jessica in a coma for several months.

Jessica, upon waking from the coma, was adopted by the Jones family, and quickly discovered she had gained new abilities from the accident, which included, super strength, flight, and psionic protection. Adopting a superheroine lifestyle, Jessica Jones went by the alias Jewel.

Jessica Jones shares connections with many superheroes from the Marvel Universe. In fact, it was Spider-Man who inspired her to suit up in the first place. The characters attended high school together, and she even had a crush on Peter Parker at one stage. She also has strong connections to other popular heroes such as Luke Cage, Daredevil, and Scott Lang’s Ant-Man, whom she dated for a while. 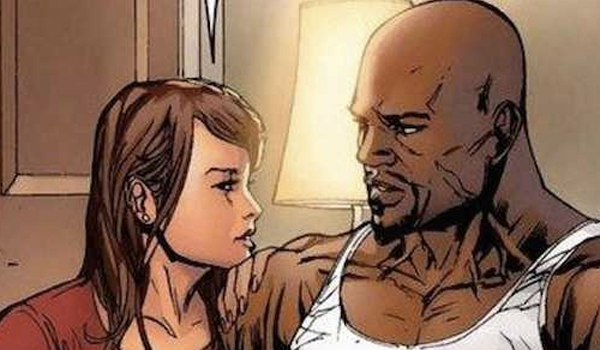 After a life-changing incident involving a character known as Purple Man, Jessica Jones quit the superhero lifestyle to become a private eye, even working for Spider-Man’s Daily Bugle from time to time. Jones then went on to create her own firm, known as Alias Investigations.

As previously mentioned, the series is not written for kids, with the grounded character getting involved in dark storylines and dealing with issues not usually associated with comic book characters, including angst, depression, alcoholism, and self-destructive tendencies. After giving up on the superhero shtick, and realising she was barely missed by colleagues, Jessica Jones tried to stray away from the lifestyle, but was constantly brought back into the mix after being hired to work cases with several noticeable heroes such as Captain America and Daredevil.

Jones was most notably married to hero-for-hire, Luke Cage, who will make an appearance in the show. The two share a strained relationship, which will more than likely be explored in the new series. The two are often found working together, often hired for their brawn and brains. 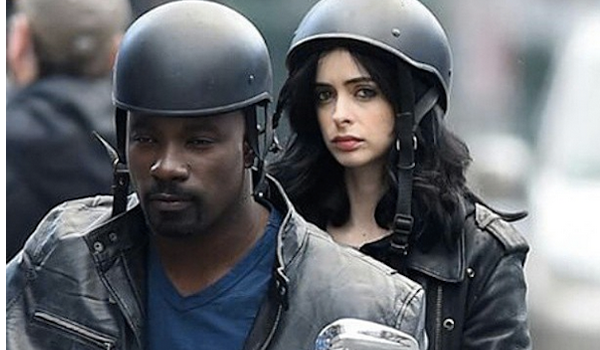 The Netflix series for Jessica Jones, adapted by Melissa Rosenberg whose previous work includes the excellent show Dexter, is set to star Breaking Bad’s Krysten Ritter as the titular character, with supporting roles from former Doctor Who actor David Tennant as Kilgrave and Mike Colter as Luke Cage. The show will prove to be one of Marvel’s more riskier projects, as it is expected to carry on with the gritty, real-life take on the Marvel Cinematic Universe, pushing the boundaries beyond even those seen in Daredevil. The show is also set to tie in with Daredevil in the future, with a planned crossover series featuring The Defenders in the pipeline.

We are certainly excited for Jessica Jones to hit our screens. The show is set to premier on Netflix on 20th November with all episodes being streamed online at once.

Are you excited about Jessica Jones? Will you be tuning in when it hits our screens? Sound off in the comments or send us your thoughts on Twitter!