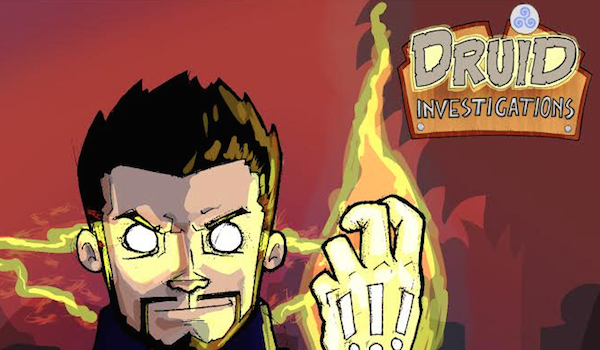 Fan of magic, heroes, and insurance salesmen? Of course you are. That is why you should take a look at the Kickstarter for Druid Investigations #1, a comic that combines the lore of King Arthur and Merlin with the modern world. It may sound like a strange mix, but you’ll be surprised at how it works out. We actually got to interview creator Dan Harris to learn more about the comic.

A Place to Hang Your Cape: How would you sum up the overall synopsis of Druid Investigations #1 in one sentence?

Dan Harris: Druid Investigations is a comic book set in modern day Great Britain, where Merlin still lives and battles monsters under the guise of running his own P.I firm and has to deal with an insurance salesman who accidentally stumbles across the magical world.

Wow. That was a long sentence… I’ll try another one that I use on the Kickstarter that would fit into a tweet: A comic about wizards, monsters, heroes, magic, and a distinctly unremarkable insurance salesman.

AP2HYC: Are there any films, books, or comics that you drew inspiration from to make this project?

Harris: Yes. Sort of. The Mabinogion is going to play a massive influence on how the story develops over time. There won’t be any pop culture works of fiction playing a part in inspiring it, really… but I will be using books on classic myths and legends. Characters such as Sawney Bean and Springheeled Jack could end up making appearances, for example.

AP2HYC: What’s the hardest part of creating this project?

Harris: Probably the actual Kickstarter. The idea is something I have had for quite a while now, but haven’t put it out there in favour in focusing primarily on Lou Scannon first. Writing it and drawing it, that came naturally to me. Colouring is quite the challenge as I’m not the fastest colourer in the world, and the way I colour is so very different to how Kris Carter (colourist for Lou Scannon) colours, and he’s such a talented colourist that it’s something I aspire to.

As for the Kickstarter, though, people told me beforehand how much hard work it was to get one ready and looking good. While you do believe them, part of you shrugs it off thinking, “Eeeeeh, it’ll be fine!”, and then you sit down and do it and think, “Blimey, they weren’t kidding!”

That said, this is a massive labour of love for me, so it has all been an incredibly fun process and I’m so overwhelmed by how well the project has been received so far. 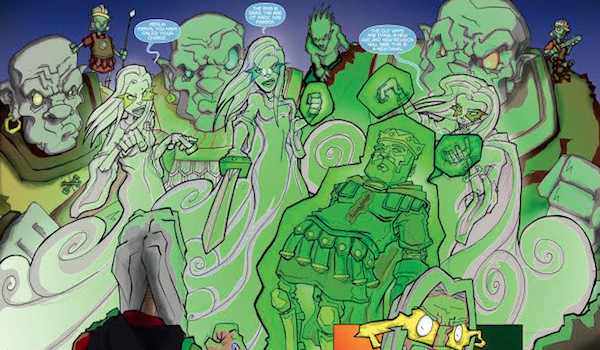 AP2HYC: Who is your favorite character in the story and do you think the audience will like him/her as well?

Harris: This is a tough one. It’s either Merlin or Mags. Merlin is a sort of funny, sarcastic sort of character but with a darker side. Mags, though, was a real person. She was called the Padiham Witch. In reality, she was publicly humiliated and, essentially tortured (she was pilloried), before being imprisoned for a year during the witch trials of the early 17th century. In my story, Merlin recruits her upon her release and takes her on as his apprentice. It’s her experiences that have turned her into what seems to be an outwardly, grumpy hard-ass, but she has a heart of gold.

AP2HYC: What are your plans for the future? Will there be several sequels? Maybe a spin-off or two?

Harris: A spin-off would certainly be possible. It will work as a series with volume 1 being Killian Turner’s introduction to the world of magic. Volume 2 would then focus more on developing the story and background to the Druid team. I would like the idea of spin-offs being one-shot issues that focus on some of the supporting characters that will recur as the series progresses. I’d write those, but realistically, I don’t think I would have the time to draw them. I’m currently writing another comic that I won’t be drawing, but should all go according to plan, will be drawn by a friend of mine, Roz Hague. That’s unrelated to the Druid title though.

So does Druid Investigations sound like something that would be up your alley? Let us know in the comments or on Twitter!