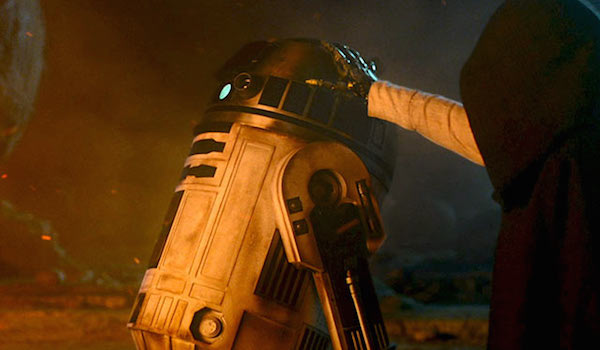 It’s been roughly 12 hours and I’m still in shock and awe over Star Wars: The Force Awakens. This movie was amazing – at least to me. I can understand why some people would dislike it, but personally, I thought it was on-par with The Empire Strikes Back, which is arguably the best film in the series. People who were giving J.J. Abrams flack about taking over the director’s chair can now relax knowing that he did the franchise justice.

We’re doing something different with this review. It’s pretty hard to properly assess the film without spoiling at least some part of the plot. Disney/Lucasfilms have done such a great job of keeping the story a secret that most people have no idea what the plot is until the opening credits begin to crawl. Therefore, we’re doing two reviews in one. On this page, we’re going to do a spoiler-free review that covers as much of the film as possible without spoiling anything. On the next page, we’ll be going full spoiler, so if you haven’t seen the film yet, DO NOT GO TO THE NEXT PAGE.

First of all, this film has some of the best scenery I’ve ever seen in my life. One of the things that I gushed about in my review of the first trailer was the collection of stunning visuals. Compared to the CGI of just 10 years ago, this film is gorgeous. It’s at the point where, in a few instances, you really can’t tell what’s CGI and what’s natural. It’s just that good. Obviously, a couple of things look pretty computer-generated-y, but what do you expect? At least it’s done minimally. It’s nothing like the crazy-obvious CGI in Revenge of the Sith or Attack of the Clones. 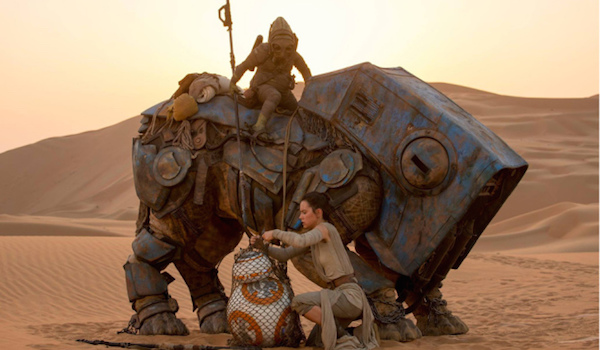 As you know, the main crew is back, along with some newcomers. The only person whose performance I had a problem with was Kylo Ren; unfortunately, I can’t get too in-depth without spoiling the film. You’re going to get chills listening to the old, familiar voices again, and let me just say that Harrison Ford is still the same guy he was 30 years ago. That man will forever be Han Solo.

The newcomers did a great job as well. John Boyega and Daisy Ridley are worthy of carrying the Star Wars torch, and I’m hoping for them to make a return in future installments. A lot of people were skeptical about these young unknowns joining such a prominent franchise, but you can put your worries to rest. Ridley definitely stole the film with her performance. You’ll fall in love with her character immediately, unless you’re absolutely cold-hearted and afraid of embracing change.

Speaking of which – for all the idiots who were pissy about a black Stormtrooper, they explain this within the film. Granted, it really doesn’t matter what color the Stormtroopers are, but obviously, there are people who have nothing better to do than whine about such menial things. Because a universe where aliens and Jedi exist seems totally plausible, but the moment we get a black Stormtrooper, it’s suddenly “unbelievable”. Shut the hell up. Plus, John Boyega’s character Finn was one of the highlights of the film. 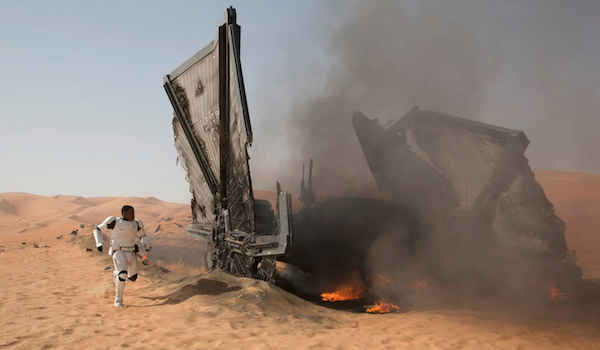 Let me tell you, it’s frustrating trying to properly review this film without spoiling anything. I can talk about the visuals and the performances, but what else is there to say unless I give away the plot? I could say “the plot was great blah blah blah”. But what made it so great? I guess I could mention that the plot of The Force Awakens shares a lot of similarities with A New Hope. It’s almost like this film is a solid nod to the original trilogy. This is the true film that fans have been waiting for, and they could either fall in love with it, or they could hate seeing these familiarities. It could go either way.

Something that enhanced the quality of the film was the comedy. The Star Wars films were always hit or miss with their jokes (the original trilogy was funny while the prequels were painful). In The Force Awakens, the jokes are done perfectly. There were legit laugh-out-loud moments. But the comedy isn’t overdone. It’s just good ol’ fashioned Star Wars shtick. People are so hell-bent on complaining about Disney and its “Disneyfying” of its properties (like Marvel Studios) that they just spout whatever nonsense comes to mind without even thinking about it. If you’re going to moan and complain about the humor in the film, then you need to go back and watch the original trilogy.

That’s it. That’s literally all I can say in a spoiler-free review. Now, if you want a TRUE review, proceed to the next page. But it will be packed with spoilers, so reader beware!