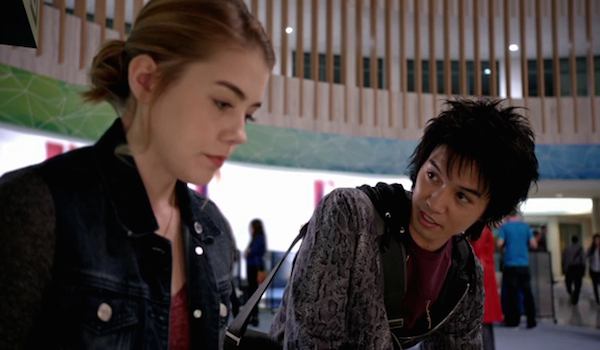 I have to say that tonight’s episode of Heroes Reborn was one of the better installments. “Company Woman” was fast-paced, well-developed, and a worthy penultimate episode. While it still suffered from the typical flaws, it was a decent hour that I didn’t feel was completely wasted. (spoilers ahead!)

The world is now fully aware of the impending apocalyptic solar flare, so all Hell is breaking loose. All of the main EVOs are on their way to Odessa to fulfill their fates and to possibly stop the world from ending, but things aren’t that easy.

First we have Lucas, accompanied by Malina and an imprisoned Quentin and Phoebe. During a trek through the woods, Phoebe causes Lucas to drop his gun and uses the distraction to make her escape. Quentin picks up the gun, and you think he’s about to shoot Lucas, but he then decides against it because he believes that Phoebe is no longer his sister. It seems that the shadows have fully overtaken her. My guess is that Phoebe dies by the finale. I honestly can’t think of a way that they’ll bring her back to normal unless some major event happens that negates all EVOs’ effects. Personally, I’d rather see a darker ending where she succumbs to her powers.

Next, we follow Tommy, who has turned over to the Renautas side. He begins helping Erica with transporting people to the haven in the future. Unfortunately, he discovers there’s a catch and that he won’t be saving as many people as he thought – only a couple thousand people who have been specially designated. 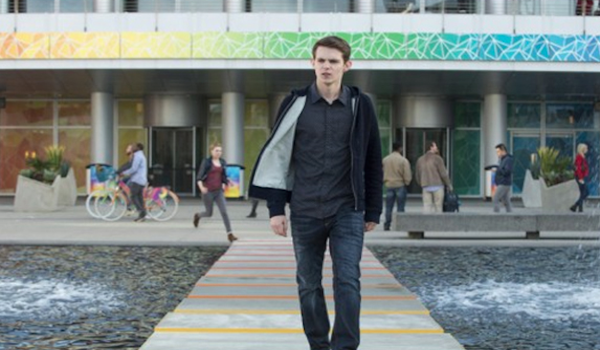 The shining moments of this episode revolved around Erica Kravid. Matt Parkman threatens to kill Erica’s daughter Taylor unless she gives him a set of watches (which allow people to be sent to the future community) for his whole family. After Parkman takes off, there’s a heart-to-heart between mother and daughter and we discover why Erica is so against EVOs.

When she was a teenager, Erica’s father was dying, and the only way to cure him was through her family doctor, who happened to be an EVO with the ability to heal others. The doctor agreed to help her father… for a hefty price. Yeah, this demented shit made Erica have sex with him in exchange for his services. Not only that, he actually gets her pregnant (and that’s how Taylor was born). It’s such a disturbing portion of the show, but it was properly shot and executed. It was one of the most emotionally jarring and impactful moments I’ve experienced in the Heroes-verse. I felt so uncomfortable watching the scene unfold, and for once, I actually sympathized with Erica. I don’t blame her for feeling this way toward EVOs. And you can imagine how devastated she must be to hear that her daughter is now pregnant with an EVO child. It must be Erica’s worst nightmare.

Another shining moment of the episode involved Lucas and his ex-wife Joanne (who has been tasked with hunting him and Malina down). At the climax of the episode, Lucas and Malina make it to Claire Bennet’s old high school, which is a sort-of designated safe zone during the upcoming solar flare. Joanne tracks them down, ready to put a bullet in Malina, until Lucas steps up to protect her (thanks to his re-acquired pyrokinesis). Joanne shoots Malina, and Lucas incinerates his ex. I literally said “Holy shit” out loud at this scene. It completely caught me off guard. Lucas straight-up turned her into a pile of ash. It was totally unexpected and an awesome moment of the series. Oh, and don’t worry about Malina – she was saved by an invisible Farrah who jumped in to stop the bullet at the last minute.

The entire episode could’ve been a homerun, but it was ruined at the last minute by a painful cliffhanger. Hachiro Otomo transfers Tommy into a video game world and keeps him locked up in a cell, heavily guarded by a legion of digital samurai. Does this mean the series finale is going to feature Miko fighting her way through a video game world again? Is that really how they’re going to end the show? With a second-tier character traversing a video game gauntlet?

Next week’s finale better make up for that crappy ending.

+ The plot was easier to follow since we weren’t jumping around as much.

+ The flashbacks involving Erica were very dark, but well-executed.

– That ending was cheesy as hell.

– Lucas, Phoebe, and Malina’s performances were a bit on the wooden side.

– Heroes Reborn has been officially cancelled after this season, meaning that the finale will be the grand end-all. Let’s hope it’s a satisfying conclusion.

– Still curious about what happened to Noah Bennet…

Are you excited for the Heroes Reborn finale? Do you think it’ll wrap everything up properly? Tell us what you think in the comments or on Twitter!