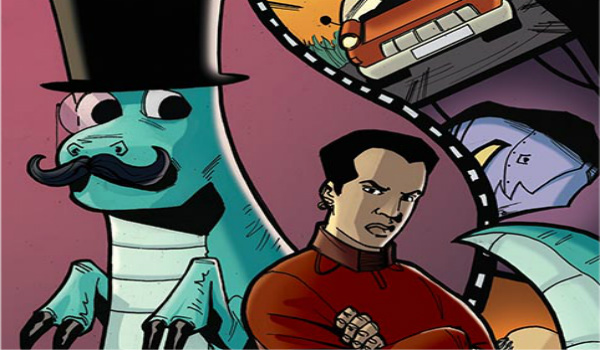 Allow us to introduce… Doc Dino! 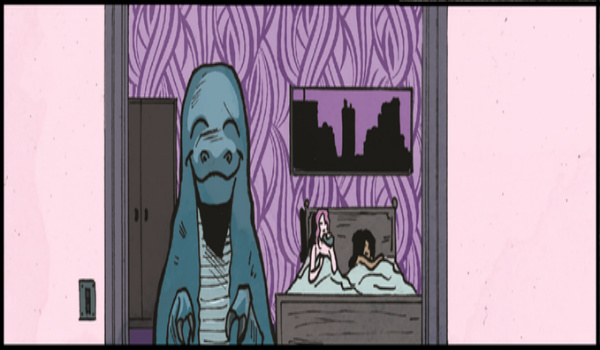 ABOUT THE PROJECT
DOC DINO, the book, is a 68 page full colour, self contained comic book that’s 90% funded on Kickstarter with almost three weeks left.

Doc Dino, the character, is an aristocratic teacup Tyrannosaurus Rex who might just be the greatest surgeon on the planet. On paper. In practice, not so much… y’know, because of those damn arms of his… He’s performed a thousand surgeries and caused at least that many fatalities, and Head Doctor Hoved has finally had enough. Doc Dino loses his job, the only thing he was ever (theoretically) good at, and is replaced by a robotic surgeon created by a man who just so happens to be the Doc’s long-lost arch nemesis…

It’s a tale of emotion, treachery, backstabbing, lost love and even a little bit of kung fu. There’s a mad doctor who does questionable things with homeless people, a robotic dinosaur who goes on a murderous rampage after being infected by a mysterious disease, and a forgotten friendship that might, maybe, possibly, hopefully, be repaired.

It’s our homage to films and TV we love, from 80s classics, through Jurassic Park, to newer adult cartoon shows like Archer, Rick & Morty, etc. It’s also a brightly coloured, ridiculous antidote to our established series’ – the rain-sodden victorian streets of Merrick, and the cosmic horror flavours of Wart.

WHO’S INVOLVED?
The book is written by Tom Ward and Chris Welsh. Tom cut his teeth on the cult hit MERRICK: THE SENSATIONAL ELEPHANT MAN, whereas Chris has been writing WART – THE COMIC for the best part of two years. Between them they’ve had four successful Kickstarters in the past, raising over £14,000 collectively. Now they’re back and asking for £5500 to get this dinosaur tale into print!

The excellent art is handled by Mac Radwanski (http://mac240.deviantart.com/), the colours are by Dee Cunniffe (whose recent work includes The Wicked + The Divine, and ODY-C – http://deesaturate.blogspot.co.uk/), and the letters are handling by small-press lettering maestro Micah Myers (https://www.facebook.com/micahmyers)

WHAT’S HAPPENING?
Well, we’re back on Kickstarter trying to gather funds to print this brilliantly ridiculous book. The goal of £5500 covers all the art, colours, lettering, printing, postage and extras (like prints, etc). In return for their pledges, backers can grab digital or physical copies of the book, prints, art cards, and even original pages of art from Mac’s desk.

Though we think the Doc Dino Surgical Megapack might prove most popular… it includes digital and physical copies, 5x exclusive Doc Dino art postcards, 2X A3 Doc Dino Prints, customised surgical mask, surgical gloves, monocle, moustache, stethoscope and your very own medical certificate to enhance your Doc Dino reading experience. It’s everything you need to set up your own prehistoric medical practice.

We’re expanding the rewards section with new tiers and special add-ons, which will be announced as we hit certain targets.