With Batman v Superman: Dawn of Justice set to be released in little over a month, DC has just released the final trailer for the highly anticipated film and it has revealed further details on certain characters, and a great look at the two heroes clashing.

Firstly, we get a closer look at Jeremy Irons‘ Alfred Pennyworth and his relationship with Ben Affleck‘s Batman. So far there hasn’t been a whole lot focused on Alfred, except for his speech on Bruce pursuing the Man of Steel. Judging from the trailer, the two are as close as ever, as Alfred keeps tabs on Bruce, who is out crusading as Batman.

The first half of the trailer is very much Bruce orientated. We already know that this version of Batman will be a seasoned veteran. Bruce himself alludes to the fact stating, “I’m getting slow in my old age Alfred”. This doesn’t look to be the case though, during one particular impressive fight scene which looks like it came straight out of an Arkham Game. Judging from the latest trailer, Affleck and Irons look like they share great chemistry as the hero and his loyal butler.

We also get further insight as to why Bruce is after Superman, as he says of the alien in a confrontation with Alfred, “He has the power to wipe out the entire human race. If we believe there is even a 1% chance that he is our enemy, we have to take it as an absolute certainty”.

There’s also a more in-depth look at Clark and Lois’ growing relationship after the events of Man of Steel. We’ve seen little of Amy Adams as Lois so far, but she looks set to once again be thrown deep into the action.

Not only this, but we also hear Wonder Woman for the first time as she admits to Bruce, “I don’t think you’ve ever known a woman like me”. They look to be getting pretty close in the trailer, is she using him to get to Lex? Or will the two heroes end up falling for one another? Only time will tell. Wonder Woman is again in action, and looks to bring a whole lot of kick-ass action with her. 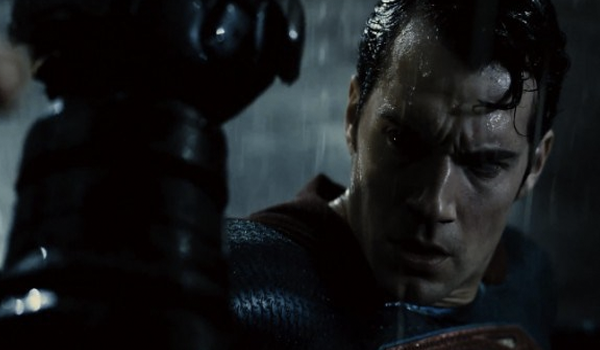 As for the best part of the trailer? It has to be Batman blocking a punch from a surprised Superman. It’s unclear as of yet if Batman has his hands on some Kryptonite or whether or not he has some sort of Kryptonian armour. Whatever it is, it certainly looks to help the Caped Crusader in his battle with Superman.

Admittedly, I get slightly nervous watching trailers just before a film is due to be released. I like most people don’t want the film massively spoiled for me in the homestretch before release. Thankfully though, the final trailer has revealed just enough new footage without giving anything major away, while still keeping me happy at the same time.

So what did we learn from the trailer? Well the fight choreography as previously mentioned, looks pretty amazing. The way Batman takes down the crooks looks something close to being a true interpretation of how The Dark Knight is expected to fight, a powerful, menacing and acrobatic figure. Clark and Lois are still together, and most importantly that Superman has met his match with this version of Batman. This trailer has been no different to the others in the fact that there is a lot of action to digest, how will it be dealt with in the film?

It’s also interesting to note that most of the trailers, including this new one are from Batman’s perspective. Superman hasn’t had a whole lot to say in many of the trailers, which reflects Batman’s stance on him as an outsider, this has been a trend in most, if not all of the trailers.

What did you think of the new Batman v Superman trailer? Will you be going to see the film in theatres? As always we’d love to hear from you in the comments and on Twitter!