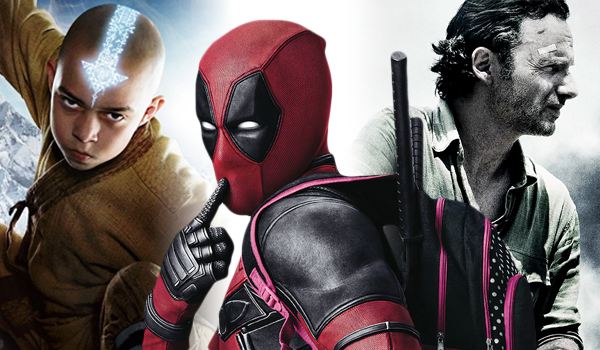 Ever since its release on Valentine’s Day weekend, Deadpool has proven itself to be a cinematic powerhouse world wide, and the geeky hearts of the masses couldn’t be happier. By now it is well known that this flick, starring everyone’s favorite red cladded merc with a mouth, has broken box office records as the highest earning R rated film on its opening weekend with over $130 million domestically. In addition to that, Variety.com states that the film is well on track to bring in over $500 million internationally. You see what happens when you properly apply some good old fashioned maximum effort? So with Deadpool being the tremendous success that it so righteously deserves to be, one might come to the conclusion that at long last, Hollywood got it right!

After so many less-than-stellar-attempts, a popular character that started in the comics has finally been translated onto the silver screen in the most successful way possible! But that has to make you wonder: why did it take so long for this to happen? After all, we’ve been consistently bombarded with movies based on popular comic books, video games, and cartoons for nearly two decades now. You’d think that these movies would be just as good as their predecessors and in some cases, they are.

Yet more often than not, these films tend to leave fans feeling disappointed rather than satisfied. So what is it that’s causing this frustration with the fans? What does it take to make a movie that’s true to its original source? What is it exactly that movie goers are looking to see in the theaters? Let’s take a deeper look into the matter and find out, shall we?

While sticking with Deadpool, many of you might recall (even though you might not want to) that back in 2009 he was given a stand out role in X-Men Origins: Wolverine. And by “stand out” I mean that he stood out like a sore thumb for being the furthest thing from the classic Deadpool character given his sealed mouth, laser vision, and forearm blades. (I mean, why Stan Lee? Why Rob Liefield? Why did you let that happen? We were being good fans, weren’t we? Did we really deserve that?) … But, I digress.

Anyway, fans were clearly in an uproar over Wade Wilson’s terrible misrepresentation. Not only that, but the rest of the plot wasn’t very faithful to the Wolverine Origin story arc which was the foundation for the film. Rather than taking their time and focusing on Wolverine’s early years as the bone clawed Canadian lumberjack, James Howlett, Fox seemed overly eager to get Logan into that Adamantium bath and bestow upon him his classic codename. Not to mention, a bullet to his head was the cause of his memory loss? Lame! Overall, the movie didn’t sit well with audiences as well and that’s obvious with its 38% on RottenTomatoes.com‘s Tomatometer and a 59% with their Audience Score. If anything was certain, it was that Fox clearly took creative licensing too far with this one, and delivered a product that fans weren’t happy about. Perhaps if they had remained truer to the primary content, X-Men Origins: Wolverine could have been much more successful. Although, staying too loyal to the source material doesn’t always work out either.

In 2010, M. Night Shyamalan took a shot at adapting Nickelodeon’s beloved animated series Avatar: The Last Airbender for the big screen with his film, The Last Airbender. Expectations were high back then, given Shyamalan’s impressive resumé and how greatly renowned cartoon was. The end result was massively underwhelming to say the least. Rotten Tomatoes gave the film a cringe worthy 6% on the Tomatometer and a 30% Audience Score. Now, if you actually watched this movie because you’re a fan of the series, you might recall that Shyamalan did keep close ties to the original storyline. He even went as far as to recreate scenes almost exactly how they played out in the show (e.g. the four benders in the introduction or Aang and the Blue Spirit). But that meticulous recreation just might have been the cause of his downfall. Avatar: The Last Airbender was an amazingly told tale, filled with fantasy and youthful imagination that left high expectations in it’s wake. But whatever magic the cartoon seemed to capture, the film was utterly devoid of it. The live action Team Avatar was much too serious compared to their animated counterparts, and since the movie was essentially a condensed version of the show, many important events were left out due to time constraints (e.g. Suki and the Kyoshi Warriors). Overall, the movie lacked excitement or suspense, and frankly the cartoon had done a better job telling the story. But while the end result was rather unfortunate, and has pretty much snuffed out any possibility for a sequel, not every reimagined story has fallen down this dreary road.

If you’re like one of the millions of viewers out there, every Sunday night you are glued to AMC’s The Walking Dead. With  90% on the Tomatometer and 85% for Audience Score, it’s no wonder why this drama is one of the highest viewed shows currently on TV. I mean, TWD even gives Sunday Night Football a tough run for it’s money! There is good reason why however. Robert Kirkman‘s The Walking Dead comic series has already been critically acclaimed for its brutality, intensity, and unpredictability. These are the same attributes that Kirkman successfully brings to the show in the most strategic ways possible. While certain pivotal events in the comic still remain consistent in the show (e.g. Rick waking up in the hospital, the Governor and the prison, and Alexandria), other events are tailored or added to the series, which consistently catch fans off guard. Not to mention that several comic characters have made their appearances during times in the series that are different from within the books, events which happen to one person actually end up happening to others, and new people have been introduced to the show that don’t exist at all in the books (who’s everyone’s favorite crossbow wielding red neck?).

As someone who has literally read every issue of the comic, as well as watched every episode of the televised series, I honestly can never tell what is going to happen next. I love it! This is a testament to the fact that Kirkman understands his followers, and why they love his work so much. He doesn’t just throw something new and different at us because he now has a bigger budget, or because he thinks it might seem cooler than an alternative. He does it out of respect for the art and for his fans, and we in turn love his work even more for it. There’s a method to Kirkman’s madness and the end product reflects that fact.

So what is it exactly that fans are looking for when they find out their favorite comic/game/cartoon is making the shift into the live action world? Well, after looking at these three examples, it seems like the answer might be clear: respect. As a fan, you’ve already invested your time and energy in caring for these iconic characters and events; you want to see them played out as they are, not as how some filmmaker perceives it to be. In these cases, the idiom “if it ain’t broke, don’t fix it” applies more than ever. Now I’m not saying that some changes and enhancements aren’t welcomed, or that these filmmakers should only be following a strict guideline, but my point is that there is a degree to which some things should be changed. At the end of the day, both the fans and the original content should always be respected. As we’ve seen, predictability is bad, but so are unnecessarily wild edits. After all, how upsetting would it have been to see alien Ninja Turtles instead of mutant Ninja Turtles?

So what do you think? Do you agree with any of the points made here? Are you fine with the changes Hollywood has brought upon us? Are there any other comic book, video game, or cartoon based movies or shows not listed here that have also been “Lost in Translation”? Sound off in the comments or send us your thoughts on Twitter!