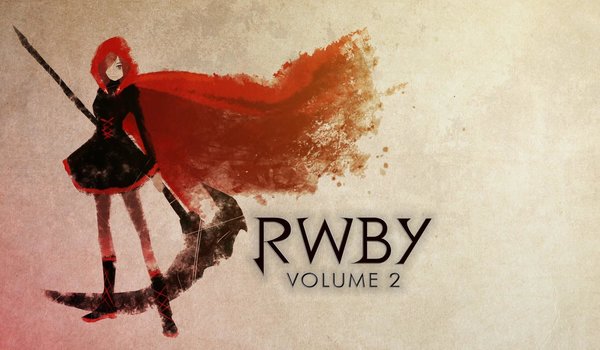 Each season of Rooster Teeth’s animated action series RWBY can sometimes feel like different shows entirely. The first was a harmless, fun, and exciting season mixing a school comedy with anime-esque fight scenes and drama. The second builds on both, introducing more of an involved plot and new characters while fleshing out the already established cast. Directed by late animator and creator Monty Oum, RWBY’s second season improves on the first, resolving the minor pacing issues along the way.

At the end of the first season, the team thwarted the criminal activities of Roman Torchwick (Gray Haddock), who was revealed to be in alliance with the White Fang terrorist group which Blake was once a member of, secretly being a Faunus – a humanoid species with animal features. The season continues the story, mixing school drama with the mysterious movements of the series’ bad guys who are properly introduced in the volume. The season resolves around Team RWBY’s ongoing investigation of Torchwick’s operations, a school dance, and the characters’ own issues and relationships.

Blake continuously struggles with her past and worries what the bad guys are up to, isolating herself from her teammates until Yang gives her a touching pep talk, and we learn she is looking for her own missing mother. Weiss’ personal issues are on the back burner, but becomes involved in her own love triangle when she is attracted to dashing Neptune (Kerry Shawcross), teammate of Blake’s friend Sun Wukong (Michael Jones). And Ruby, well, she does most of the action-based heavy lifting. I love Ruby, but she doesn’t really get much of a story arc; she is already mature enough to take battle seriously, and empathetic enough to support other characters without being naïve to be point of stupidity.

The members of Team JNPR, our supporting heroes, get some more screentime too, with the love triangle between Weiss, and teammates Jaune Arc (Miles Luna) and Pyrrha Nikos (Jen Brown) taking some realistic but charming turns. Another character of interest is Penny, a strange awkward girl Team RWBY met at the end of Volume #1, who returns to fulfil a plot twist which was a little predictable but still well-written.

I particularly enjoy the last arc of the season, which involves Team RWBY travelling to a ruined city on the outskirts of Vale with their teacher Dr. Oobleck (Joel Heyman) to track down the White Fang, leading to an epic train battle. Though, I found the last episode to be awesome but lacking in plot: literally being a massive battle featuring most of the characters fighting the Grimm with little story to wrap up.

Another complaint I have are the villains. Aside from Torchwick and his quiet umbrella-wielding sidekick Neo, the main trio of badguys Cinder, Mercury, and Emerald don’t really do much, and aren’t very interesting as characters, at least until the third volume. They don’t really do much in the season either, just infiltrating Beacon and talk sinisterly. We also meet General Ironwood, a military commander from Atlas, who brings security forces to Beacon and is more gung-ho compared to Beacon’s headmaster Ozpin.

The production value is fantastic. The writing is witty and never feels melodramatic with the character flaws, the comedy is top notch, the soundtrack is kickass, and the animation has improved and experiments some more. The opening episode is a real showcase for Rooster Teeth’s animators, featuring Team RWBY and Team JNPR having an awesome food fight using their respective superpowers. The battles are great fun, fast-paced and exciting, namely the aforementioned train fight from the finale, and another clash where Team RWBY fights Torchwick piloting a big mecha.

Volume #2 of RWBY is an improvement over the first. It is great fun to read and takes itself seriously enough to be an engaging drama while fleshing out its vast cast of characters. Next up, Volume #3, which certainly takes some ambitious and very effective, darker turns.

Do you watch RWBY and what are your opinions on it? Sound off in the comments below or leave a message on our Twitter feed.