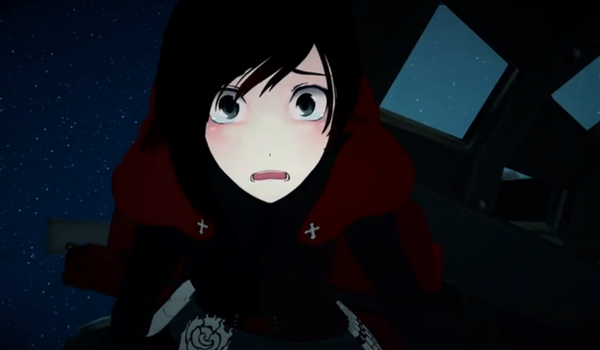 The hardest challenge writing reviews is describing how you felt watching a TV show, particularly when it rocks you to the core. That is what the third season of Rooster Teeth’s animated series RWBY did over the past couple of months. What a rollercoaster of emotions we ride on. What was once a relatively fun and harmless show with cool action scenes certainly ups the ante, taking a darker, adult tone midway through the season and left myself and the fanbase in pieces. A brilliant package of amazing writing and animation, RWBY is certainly becoming a fantastic series.

The season starts off like normal, with the wacky comedy and awesome battle scenes with the characters fighting using their imaginative dual-based weapons. The Vytal Festival has kicked off, with the main event being an annual battle tournament in a floating stadium where the Huntsman teams face off against one another for victory. It allows for a lot of creative characters, weapons, and battles, and I particularly like the fight between Team RWBY and Team FNKY, who consist of a trumpet-playing swinger and a girl based on the Nyan Cat. The arena also serves as a key location for a lot of the soul-crushing blows the writing staff deliver to the fans in the second half of the season.

Two major new characters make their debut in the season: Weiss Schnee’s older sister Winter (Mary Elizabeth McGlynn), an appropriately icy but still caring military figure, and Ruby Rose’s Uncle Qrow (Vic Mignogna), a gravelly-voiced drinker but still a surprisingly great father figure. Winter and Qrow make their debut trying to kick each other’s asses, but it turns out both are members of Professor Ozpin’s inner circle in connection to larger plot. Ozpin is looking for a champion who can serve them to defeat Cinder Fall’s group from ripping the unity of Remnant apart. But, the badguys soon put their plan into action, using a mixture of illusions and propaganda to start causing trouble during the tournament.

We learn that Ozpin’s group are the guardians of four season-based elementals whose powers are passed on to chosen heroes. So, kind of like the Avatar. In this case, the host of the Autumn powers was mortally wounded by Cinder, who siphoned half her powers and wants the rest. Ozpin chooses Pyrrha Nikos to become the new successor, leaving the poor girl, who has been a pillar of confidence into a quivering nervous wreck. The writers really enjoy beating down the heroes throughout this season. Yang Xiao Long gets a lot of the grief, framed for crippling badguy Mercury Black during their battle, and spends the rest of the season in a depressing mood which is only made worse with what happens to her in the finale.

The four episodes just go absolutely insane with shocking moments and they work spectacularly. Penny Polendina, who was revealed to be an android in the second season, goes up against Pyrrha, whose superpower is magnetism and polarity. You can guess what happens there. And the worst part is that even though the outcome was heavily foreshadowed, it was still heartbreaking. All hell breaks loose as the evil Grimm storm Beacon Academy, all the badguys are slaughtering characters left, right, and centre, and my desire to run over them all with a truck has risen big-time.

The season finale is one of the most heartwrenching things I’ve seen in my life and left me a hollow, empty mess for a couple of days. It made me realise how much I love these characters and the creativity and effort that goes into this series. I admit I do have some issues with the ending. RWBY also seems to have trouble wrapping up an ending, though with the third season it is rather trying to explain certain things and an inappropriate time. In the finale, Ruby witnesses something tragic (*cries*) and suddenly fires out a huge blast of white energy from her eyes, which Qrow explains that because of her silver eyes, she was destined to lead the life of a warrior. It’s an interesting concept, but I really hope it doesn’t turn Ruby into another prophesized chosen one.

I am quite the softie around animation. I have bawled like a baby watching the anime Anohana, last year’s Inside Out left me feeling warm and fuzzy, and RWBY has done the opposite, leaving me a broken mess of feels waiting and dreading for the fourth season like this is cartoon Game of Thrones. I am eternally grateful to Monty Oum for creating this series, and I look forward to the next volume. Now, if you excuse me, I think I will go find a corner to curl up in and cry.

Have you watched the third season of RWBY? Should it have gone down such a dark route, or was it a fantastic way to build on the story? Sound off below or leave a message on our Twitter feed.