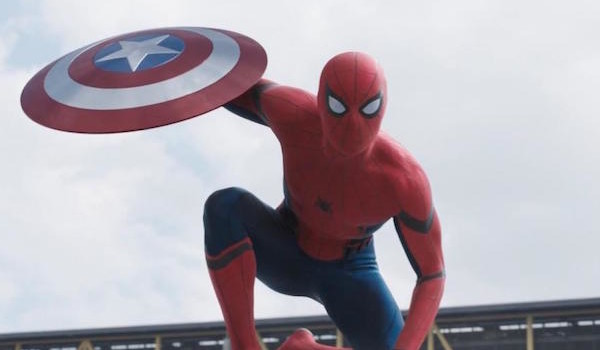 In the coming weeks, we will finally get to see Captain America: Civil War. It is exciting stuff: Iron Man against Captain America, brothers in arms fighting one another, all the heroes you know so well coming together for a no-holds-barred fight.

But who cares about that, SPIDER-MAN is in this movie too.

We have known for some time now that Spider-Man is going to be in Civil War (both from his appearance in the comic book source material and the trickling of information that Marvel has put out over the past year), but it wasn’t until recently that we got our first glance at the new Spidey at the end of the film’s most recent trailer. If you are like me, you have been watching those final 5 seconds of the trailer over and over again, analyzing everything about this newest iteration of the famous web-slinger.

From what I gathered from those 5 seconds, I think we have a game changer here. Civil War may be about the battle between Captain America and Iron Man, but I think it will be Spider-Man who comes out on top. Here’s a list of reasons why (possible spoilers ahead). 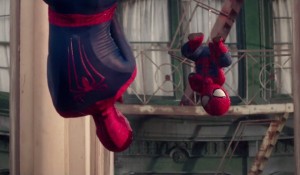 If you thought Spider-Man’s voice at the end of the trailer saying “Hey everyone” sounded like a Spider-Boy (wrong universe) rather than a Spider-Man, then you are correct. This time around, Spider-Man will be played by 19-year old Tom Holland, most recently in Ron Howard‘s sea epic, In the Heart of the Sea (alongside Thor himself, Chris Hemsworth)

At 19, Holland is the youngest actor to portray Spidey yet (Andrew Garfield was 28, and Tobey Maguire was 26), so we will have an actor who truly looks the part of the of the young hero. This works especially well since the inspiration for this new version of Spider-Man comes from the Ultimate Spider-Man series, meaning a Spider-Man in his early years of high school.

This focus on a younger, fresh Spider-Man will prove to be a nice counterbalance to the aging superheroes (and actors) who we already know. I have no doubt we will all be interested in what else is happening in the life of the young hero by the time the credits roll. 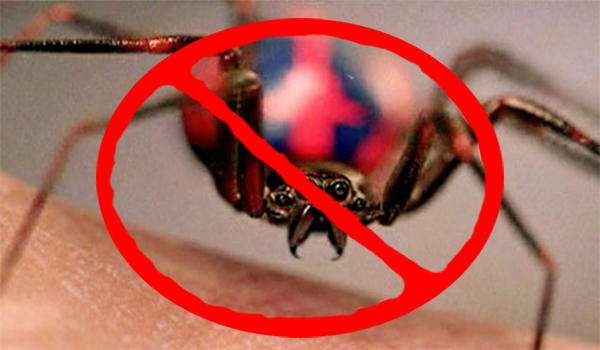 As big a fan of Spider-Man as I am, I will admit that if I had to go through another Spider-Man origin story, I was going to jump into a vat of radioactive spiders. Lucky for all of us, the Marvel Cinematic Universe has decided to forgo the early part of the Spider-Man story and start us right in the middle of the web-slinging action.

No origin story means that we can focus more on the things we love about Spidey. Along with aerial acrobatics and hard-hitting fights, I fully expect a conversation between Tony Stark and Spider-Man filled to the brim with witty zingers and retorts.

This bodes well for the standalone Spider-Man coming out in 2017. Since we don’t have to slog through a whole entire film of spider bites, learning powers, and gaining confidence, Spider-Man is free to be the Spider-Man we know and love right from the get-go.

4. His Person Conflict is the Heart of the Civil War 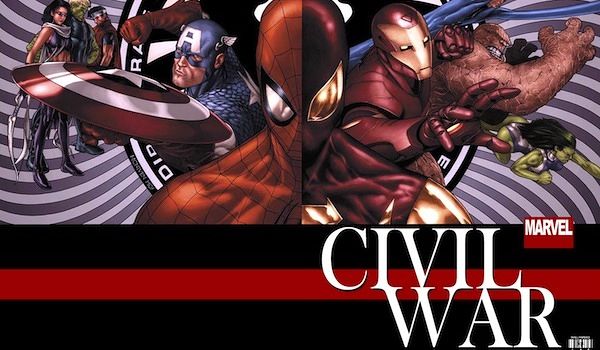 Though full details of Spider-Man’s role in the the film haven’t been specified (other than that he is fighting on Iron Man’s side), one only needs to look at the comic book source material to see that Spider-Man plays a pivotal role in the war.

In the comics, Spider-Man (already a seasoned veteran in this story) starts fighting with Iron Man and the government, believing that Superhero Registration Act (SRA) is the right choice for the world. However, Spider-Man soon finds a darker side to Iron Man’s plan and switches over to Captain America’s front.

Spider-Man’s personal conflict as he finds out that saving the world isn’t simply black and white, is the heart of the story. That conflict, coupled together with the story of a young hero on the cusp of joining the big league superheroes, makes for cinematic fireworks.