Home » Deadpool: From Page to Screen 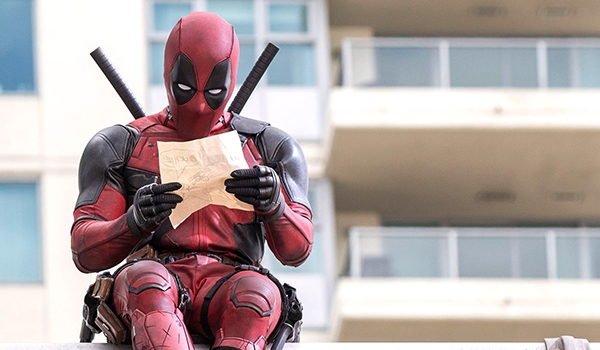 Now that pretty much everybody who was going to see Deadpool has seen it, this feels like a good juncture to see how well Fox translated the Merc with the Mouth to the silver screen. We’ll take a look at the casting and the characterisations, as well as a look at the plot.

So without further ado, let’s take a look at our cast of major characters…

Wade Wilson/Deadpool (Played by Ryan Reynolds):  Wade Wilson is a Special Forces veteran with terminal metastatic cancer, offered a way to beat it. Wade’s trademark humour not only defines Deadpool’s personality, but helps Wade survive the harrowing ordeal that turns him into everybody’s favourite weird warrior. To be fair, Reynolds was born to play Deadpool, as he himself has said on numerous occasions. He has the timing, physicality and humour that are needed to play Wade, along with three names beginning with the same letter (Ryan Rodney Reynolds) just like his character (Wade Winston Wilson). It had to be! And, of course, Deadpool’s costume game is on point. Extra points for that!

Vanessa Carlysle/Copycat (Played by Morena Baccarin):  In the comics, Vanessa is a mutant with shape-shifting abilities who goes by the code-name Copycat. While working as a prostitute in Boston, she falls for Wade until he breaks it off when he discovers he has cancer. While Vanessa is in fact a prostitute in the film, she doesn’t appear to have any mutant powers of any sort. Baccarin does play Vanessa well, though. There’s a real chemistry between her and Reynolds on the screen, including their shared sense of humour. Perhaps we’ll see her powers manifest in a subsequent film.

Weasel (Played by TJ Miller): In the comics, Weasel is our hero’s go-to guy for weapons, tech, and intellgence, being as he is the information broker of choice for Hell House mercenaries. He may be sneaky, but he’s loyal to a fault. Director Tim Miller has combined Weasel’s role with that of Patch from the comics (the proprietor of the Hell House mercenary bar), most likely due to budget constraints in casting; but has managed to keep the core of the character alive, thanks in no small part to TJ Miller’s excellent comic timing and natural bromance with Reynolds.

Blind Al (Played by Leslie Uggams) : Part roommate, part hostage and part confidante, the comic Blind Al was originally involved with British Intelligence in Zaire, where Wade was assigned to kill her. Instead, he chose to kill everyone around her and allow her to flee, only to abduct her years later. She is a blind (duh) older lady with a razor-sharp tongue who abuses and mothers Wade  in equal amounts. The glories of Stockholm Syndrome appear to be alive and well in the screen adaptation; although the back story has been trimmed back to a want-ad looking for a room-mate. While this does dilute the prisoner/jailer dynamic somewhat, the writers (Rhett Reese and Paul Wernick) compensate for this by making Al do things that only Deadpool could think of (think making a blind person assemble Ikea furniture).

Piotr Nikolaievitch Rasputin/Colossus (Played by Stefan Kapičić): A Russian giant with skin that can turn to “organic steel”. CG was the only option, naturally. Although Colossus doesn’t make much of an appearance in the Deadpool comics, this portrayal is probably one of the most accurate that we have had on the big screen. The script also plays up the comic character’s strong ethical and moral standpoint, having play conscience to Deadpool’s amoral attitude.  Kapičić’s voice performance captures not only Colossus’ size but his emotional side too. Again, the writers have managed to capture the essence of the character with their scripting.

Ellie Phimister/Negasonic Teenage Warhead (Played by Brianna Hildebrand): Like Colossus, Negasonic Teenage Warhead has not appeared in the Deadpool comics, so any comparison I make will be based on her appearances in the X-Men comics. Tim Miller and the writers made a conscious decision to rewrite Ellie as an actual “teenage warhead” with powers similar to those of fellow X-Man Cannonball to support the action scenes in the film, rather than the telepathic precog she was in the comics, partly since they liked the idea of a goth girl with Cannonball’s powers. As she is quite an obscure character in the comics, this kind of rewrite doesn’t seem too egregious in the scheme of things and she is actually an interesting addition to the story in this form.

Francis/Ajax (Played by Ed Skrein): The comic incarnation of Ajax (real name Francis) the Attending at Department K who tormented Wade through his Weapon X ordeal. For his part, Wade took great pleasure in teasing Francis about his name and refusing to give in to the hostility of his treatment. In some ways, Ajax is both one of the most accurate and most changed characters in the transition from page to screen. The core of Francis’ personality is pretty much retained from the comics; malicious, sadistic and cruel. He also retains the “ability” of having no pain nerve connections from the comics, along with improved reflexes and strength. The differences are, however, fairly substantial. In the absence of Doctor Killebrew (the director of the Canadian Department K facility that gave Deadpool his powers), Ajax is presented as the boss of the Workshop. In the comics, Ajax is also eventually augmented with robotic limbs which give him enhanced speed and strength and resilience, which we don’t see in the movie. I’m personally a little disappointed, since it would’ve been awesome to see the shiny metal Ajax face off against Deadpool, but aesthetics aside, I think they’ve captured perfectly the pure malevolence and grudge-holding that defines Francis’ personality.

The story for the film is based primarily on the first volume of Deadpool, with the origin story being fairly true to the original. The love story between Vanessa and Wade is found in quite a few issues, including Deadpool Volume 1 issue 1, which covers Wade’s discovery that he has cancer along with their subsequent split. The film treats this scene pretty much exactly as it is in the comics, too. Where the story deviates is that rather than Wade seeking revenge for being turned ugly, it’s actually Ajax who seeks revenge in the comics, for Wade having seemingly killed him at the Workshop after he escaped. This rewrite works in favour of the film, though, as it gives our protagonist a singular goal to shape him.

Another thing worth noting is the little details that Miller and the writers snuck into the film as subtle easter eggs. The fact that Weasel’s bar, the Hell House, is in the church of Sister Margaret’s School for Wayward Children is a subtle blink and you’ll miss it reference to the comics. So is the Bea Arthur vest that Wade wears early into the film. It’s like nano-scale fanservice.

On the whole then, Tim Miller has brought a mostly faithful adaptation to the big screen, making changes and compromises only where he needed to and could. Obviously, budget constraints were a major consideration in many of the changes, since Fox didn’t want to gamble too much on what they considered an unknown quantity. With the success of this film, though, it looks like Deadpool 2 will get nearly everything it needs!

What did you think of the film? Did it meet or exceed your expectations? Or did you expect more? As always, let us know what you think in the comments or on Twitter!