Home » The Wackiest Superhero Video Games of All Time 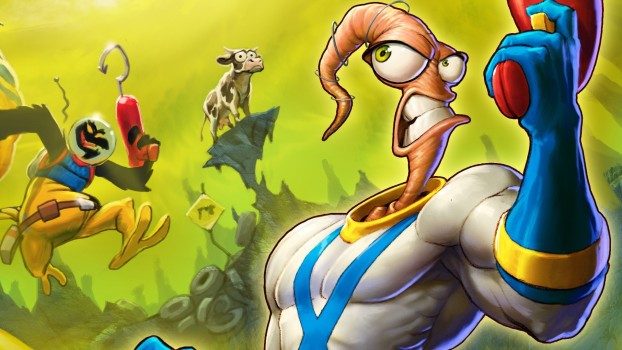 I was never a huge fan of superhero games. I loved the movies, and I liked to read the comic books from time to time, but when it came to PC games, I was never a huge fan. This is perhaps the reason why I was chosen to compile the definitive top 5 list of superhero PC games – to make it on my list, a game has to be very special. There might be some surprising entries on my list, as I roamed outside of the usual gaming boundaries. Like toward the games you might find at online-casinos.ca. So, without further ado: behold, my top list of the bestest ever superhero games of all time. (Does MDK count?)

A superhero is a character with a superhuman ability. But what if said abilities are super-earthworm? I was always curious about how this limbless creature could run, jump, shoot the craziest guns in existence and catapult pigs across the screen. I think the best answer is “superhero earthworm”, and no further questions asked.

Earthworm Jim was one of my favorite super… creature games ever. It was heavy on wacky visuals and humor, taking me into a twisted universe where nothing was what it seemed.

Back to proper superheroes – but not on the big screen, and not on paper either. Whenever I think back on the caped crusader of Gotham City, I always think of Microgaming’s amazing video slot machine based on Christopher Nolan‘s take on the character. I loved the movie, too, and the game – the only game built within this dark universe – reminds me of the feeling I had while watching it.

Deadpool might be a controversial Marvel character, but I think that’s exactly what makes him appealing. His first foray into the world of gaming was huge – especially the two voices discussing his every decision and thought. I played the PC port of the game, which was a horrible experience (like all games with controls thought out for a controller, and used with a keyboard) but the rest of the game made it worth it.

The President of the United States, also a gang member and a virtual reality superhero? Sounds great, right? Flying around, running like the speeding bullet, hitting cars (and being hit by cars) is always fun. And this game, with a lot of its action borrowed from The Matrix, really made my day. And its controls weren’t as much bullcrap as Deadpools…

I don’t know whether it counts or not, but MDK (the first one) will always be my personal favorite. Its protagonist, Kurt Hectic is not a superhero per se, but more like a technologically augmented human, like Batman in the DC universe, or Iron Man over at Marvel. He and his supercharged machine gun save the world, just like any other superhero would do it. Oh, and it’s made by the same studio as Earthworm Jim – which makes it as weird as it gets. Just the way I like it.