Home » There’s a Storm a Comin’ 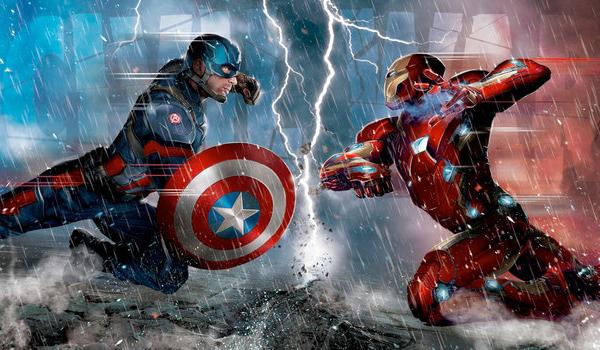 “If we can’t protect the Earth, you can be damn sure we’ll avenge it!” No other line in The Avengers has been more goosebump-inspiring than these words spoken by the incomparable Tony Stark. Finally seeing the group comprising world renowned comic book icons making their way into ultimate pop culture on the big screen has been almost too much for fans to handle… Yet no one would dare turn away! With every shield throw, unibeam, and hulk smash, the Avengers have proven themselves to be a powerhouse team capable of dropping jaws worldwide and entertaining fans of all ages. But what happens when this united combination of super powered heroes becomes a divided house of rogues driven apart by their principles? That’s what we’re going to find out in this summer’s upcoming hit, Captain America: Civil War.

Based on the events of the previous movies, Steve Rogers (a.k.a. Captain America, as if you don’t already know) has reconnected with his estranged BFF, Bucky Barnes (the Winter Solider). After unwillingly aligning himself with the terrorist group known as Hydra, Bucky has now become a wanted criminal and it’s up to Cap himself to defend his long lost friend. With Iron Man leading the opposition against Cap, he seeks to bring accountability to all heroes by forcing them to register with the government so that they may all be seen as equals under the law. In addition to having to protecting his pal, Rogers finds it hard to agree with Stark’s actions as he sees them as an imposition of freedom and a violation of rights for all those involved.

For any comic fans who have read the Civil War story arc, it’s easy to say that this plot is quite different from the struggle they faced in the printed version. For example, several characters who were essential to the first-hand storyline (such as Speedball, Nitro, and Goliath) do not yet exist in the Marvel Cinematic Universe. You might also know that the original catalyst for the war wasn’t Bucky at all but actually an act of super powered recklessness that resulted in an explosion that ended hundreds of innocent lives. So while I do empathize with any feelings of frustration these differences might bring, I must also admit that I understand the reasoning behind them. After all, in the comics the primary focus wasn’t on any one character in particular, but on security, responsibility, and what is best for the whole, not the individual.

While this story is now being tailored for the big screen, that one fact still remains constant and therefore Marvel keeps this central idea in tact. Right about now, some of you might be thinking that superhero registration wasn’t the only threat in Civil War, and of course, you’d be right. The secret identities of all our beloved crime fighting crusaders was at stake as well with Stark demanding full disclosure between them and the public. Since there haven’t been any use of dual identities in the Marvel Cinematic Universe, however, it would be rather difficult to play up that aspect now so it shouldn’t be much of an issue. Unless you happen to be our favourite adolescent arachnid ace.

That brings me to my next point: Spidey is finally in the mix! (Thank you Sony email hacks!) Spider-Man played one of the most pivotal roles in the Civil War for several reasons. One of which being that out of all of the characters in the Marvel Universe, Spider-Man is renowned for going to extreme lengths to maintain his secret identity. With the current cinematic environment as it is, will this still remain a factor for the teenage hero or will he be as liberal with his identity as the rest of the crew? Furthermore, while referring back to the comics, Peter Parker found himself torn between Rogers and Stark, the two heroes he had befriended and admired the most. Seeing as how this will be the first official appearance of Spidey in the MCU, will he still have those bonds with his two would-be role models? Will he be believable to the fans as the troubled young man caught in the middle? And most importantly, will we finally get to see a screenshot of Tom Holland in the new costume before the movie is released?! 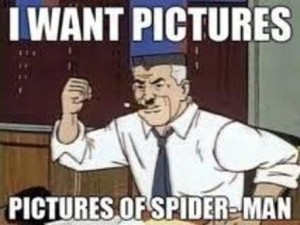 Either way, I’m sure that getting to see the friendly neighbourhood wall-crawler in action alongside/against his fellow Avengers will be so… Amazing! Also, with Kevin Feige weighing in on the web head, surely Marvel Studios will appease the longing fans who have been dying to see Spider-Man done right.

So what do you think will happen next? Will the movies follow in suit of the comics or will we all be taken by surprise with a result no one will see coming? Do you think the team will ever be able to reconcile their differences and prepare for their new impending enemy, Thanos? What do you think this will mean for the future of Spider-Man? We’ll all have to wait and find out on May 6th when Captain America: Civil War finally drops. Until then, be sure to sound off in the comments or send us your thoughts on Twitter!