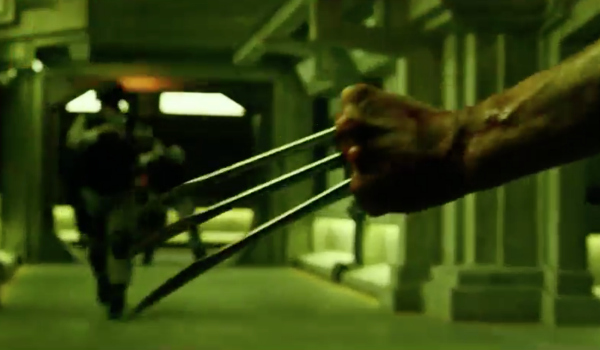 The haters can hate all they want about this property not belonging to Disney, but the rest of us will marvel at how epic this trailer is. The hype surrounding Captain America: Civil War has thundered so loudly it seemed like there wasn’t anything else to focus on, and this trailer is a huge reminder that Tony and Cap will have some serious competition in the latter half of May. Each trailer has umped the ante with this one delivering on the tall order of its seismic title. It’s a difficult task to advertise a blockbuster with explosions and make it stand out as something grander than bombastic visuals. Fortunately, we have Bryan Singer to present these dire stakes with devastation integrated in the sheer spectacle of mutants fighting and religion being the catalyst for this conflict.

This trailer is a lot heavier on plot and action than previous ones and treads the line of showing too much and giving us just enough. It begins with extended shots of what we’ve already seen and perfectly displaying the magnitude of Apocalypse’s power. Putting aside your thoughts on his look, the casting of Oscar Isaac was inspired and the intensity he shows is fierce. We also understand that Xavier is abducted and Mystique is forced into the role of leading the X-Men into battle. Placing Mystique as the protagonist doesn’t bother me as much as some, but it does seem like Jennifer Lawrence is phoning in the lines a bit. I understand from a studio perspective that she has more star power than others in the film, but she sorely lacks the charisma of James McAvoy or Michael Fassbender. Though the idea of the X-Men without their professor is compelling and certainly adds to the atrocity of the situation.

Of course what everyone will take away from this is the final shot. The not-so-secret rumor of Wolverine appearing in this film is confirmed with a quick glimpse of the claws at the end. Everyone knows (or should know) who that is and they don’t even bother to give us a full shot of him. Does this imply he’s only a cameo? I do think the X-Men franchise needs to break away from Wolverine and thus would be content with him only having a few minutes of screen time. It does feel like Wolverine is to this franchise what Batman is to the DC movies as the singular cash grab to fall back on.

The action reveals itself sporadically throughout but it’s impressively choreographed and extremely exciting, specifically a quick glimpse of Beast fighting Psylocke. The visual splendor of the mutant powers is stunning and screams to be seen in IMAX. Seeing Apocalypse recruit Magneto and other mutants is terrifying and really showcases how this god is a threat never encountered before. It seems like we’re in for several big action sequences of Biblical proportions. We can already see the city-leveling obliteration caused by Apocalypse and it’s frightening and exhilarating at once.

As someone who really enjoyed Singer’s first two X-Men films and loved X-Men: Days of Future Past, I’m very confident in this film. Singer can deliver big sensational action without compromising the emotional or dramatic weight necessary for the story. This trailer isn’t pulling any punches and gives us a good glimpse into the impact we’re about to see. Apocalypse is a lot more than your average villain and this certainly has the potential to be the ultimate gamechanger for this universe.

What did you think of the final trailer? Have they shown too much? Is Wolverine a good addition to this? Leave a comment or tell us on Twitter!