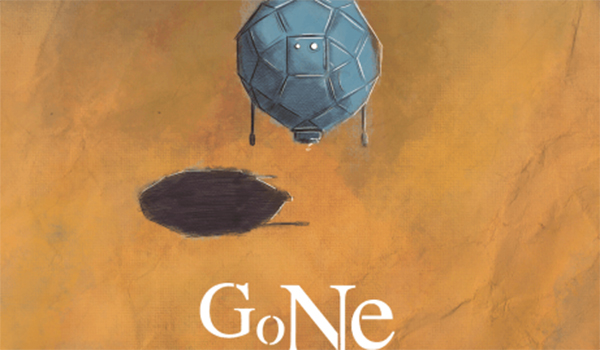 Far too often, comics fall into a trap of being style over substance. A whole lot of pretty colors, tight costumes, flashy explosions, and ham-fisted dialogue; this is the type of comic that most of us grew up with. It is somewhat of a rarity that I get to read a comic that is outside of this realm. Simon Birks‘ Gone is indeed, far outside of that realm, and I loved every frame of it.

Written by Birks, with artwork by Tom Eddy, Gone tells the story of a robot (“Assist A”) who awakens after years of hibernation to find itself on a spaceship where the entire crew is missing. Assist A spends most of this first issue meandering around the ship, from empty room to empty room, detailing how things were before the hibernation ended.

As I read through it, I couldn’t help but be reminded of the Ridley Scott film, Alien. That film shares this comic’s same use simple starkness that reminds the viewer that space is a vast, terrifying, and unsettling place. Nothing particularly scary happens in this first issues of Gone, but that doesn’t mean the hairs on the back of my neck weren’t standing up. It was chilling enough just wondering what did happen on this ship. The only clues we are given are what Assist A tells about the past (a world-ending virus, quarantined bunkers, etc.) Other than that, we are left to our own imagination to fill in the blanks.

With such a scarce plot, Gone is not burdened down by traditional science fiction tropes, and because of this, Birks is able to delve deep into the psyche of this lonely automaton. Rather than bombastic dramatics, we are given a view into the mind of a robot with some serious abandonment issues. The comic even puts forth a great deal of existential dread as Assist A ruminates on life, work, relationships, and space. 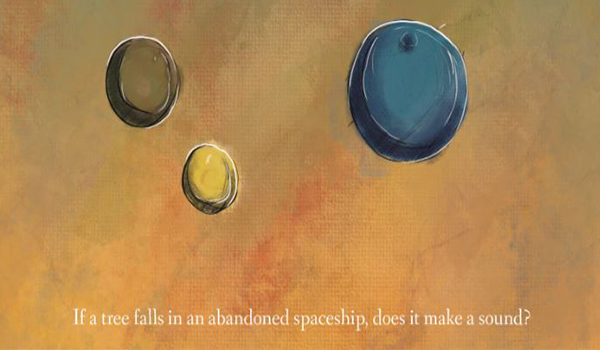 Tom Eddy’s artwork is a perfect compliment to Birks’ story. At first I thought it was almost too simplistic, but as I read on, I found that the sparse artwork made sense in this world. Space is very empty and stark, and had there been a massive amount of detail in the art, it would have detracted from overall feeling of loneliness. With the story and artwork combined, I was sure hoping that Assist A would find someone to be with.

For those not a fan of a slow-burn, low concept story, this first issue foreshadows something bigger in the upcoming issues (a giant, frozen supernova sits in the spaceship, without explanation). Though I’m sure this comic will never be like a high octane superhero comic, something definitely lurks about for Assist A to find.

Gone has a subtlety and nuance to it that is hardly ever seen in the comic book world. It really is a strong entry into the science fiction genre, and a welcome respite from the high concept superhero or zombie comics that I am usually reading.

What do you think? Is there room in this world for low-concept comics? For more of Simon Birks’ work, check out his website: http://www.simonbirks.com/gone-comic-book/