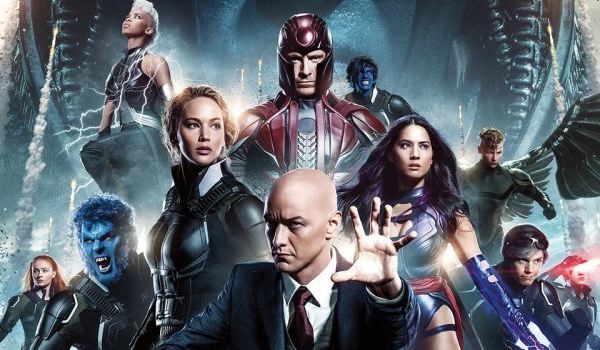 Over the years, the X-Men franchise has developed a knack for confusing their fans. With a constant provision of continuity errors and plot holes, it is no wonder we eventually began to question our own eyes and ears. Whereas most superhero movies only improve on closer inspection, it’s best not to dwell too much on the details when it comes to the X-Men. But ever since X-Men was released in 2000, the series has continued to produce quality blockbuster material (with a few exceptions: X-Men Origins, X-Men: The Last Stand), and the films have always been highly enjoyable in their own right. Perhaps to remedy the flawed timeline, X-Men: Days of Future Past erased the first three films, raising the level of confusion to a new high. With the dead coming back to life and villains turning into heroes, viewers were left close to clueless as to what to expect next. But, in proper Marvel fashion Days of Future Past gave us a hint. Set in Ancient Egypt, a grey/bluish mutant is seen assembling the great pyramids while thousands of worshippers are calling out his name. And so it is, that in a number of seconds we are introduced to this year’s X-Men: Apocalypse, which premieres end of May.

All in all, Bryan Singer‘s Apocalypse can be seen as a sequel to X-Men: First Class and X-Men: Days of Future Past. Meaning you could technically watch it without having seen the original trilogy first. However, X1 through X3 are still worth keeping in mind in terms of character development.

Set in 1983, Apocalypse takes place 10 years after Mystique (Jennifer Lawrence) saved President Nixon from being shot by Magneto (Michael Fassbender) at the end of Days of Future Past. And it is clear that this single action had great impact on both the human and mutant universe. Not only did it prevent Bolivar Trask’s Sentinels from taking over the world, but it also appears to have steered the future in a completely different direction. From what we have seen of Apocalypse so far, the general public seem to have accepted their mutant brothers and sisters, and as Professor X (James McAvoy) states: “the world is better now”. Naturally, as foretold by Mystique, that doesn’t last very long. But it is doubtful that any of them could have seen what was coming (or what was Jean dreaming again?). 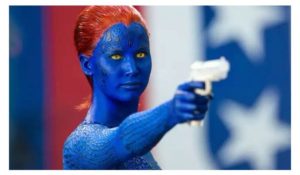 Peace ends with the awakening of the world’s first, and most powerful, mutant. En Sabah Nur – aka Apocalypse – has gone by many names over the millennia, and credits himself with having been worshipped as a god. Waking up in 1983, it doesn’t look like Apocalypse (Oscar Isaac) is particularly impressed with what he sees, as he sets out to destroy the world in favour of his own. And he doesn’t do it alone. Whenever Apocalypse rises, four individuals accompany him: The Four Horsemen. This time, he recruits a young Storm (Alexandra Shipp), Angel (Ben Hardy), Psylocke (Olivia Munn) and a mourning Magneto.

With the last film set ten years earlier, definining moments that have led to the events in Apocalypse are difficult to pin down. Instead, there is the overarching theme of mutants vs. mutants and mutants vs. humans – which have dominated the series so far – that is taken even further. In short, this seemingly permanent conflict comes down to those mutants who are optimistic about human acceptance, and those who are not equally thrilled or hopeful about a future of coexistence.

What about 1973-1983? From what the trailer suggests, these are the years that have truly led up to the events in Apocalypse.

Whereas much remain hush-hush about this time, the trailer does give away some information about our characters. When Mystique refrains from killing Bolivar Trask, and instead saves the president, it sets her on a different path than the one we’re used to. It also alters the future to the extent that mutants are now out in the open, living side by side with humans. In the trailer, Mystique appears alongside Charles Xavier at Xavier’s School for Gifted Youngsters. Her increasing fame as the first mutant to “come out” in international media clearly causing conflicting feelings. We can only assume she has been at the school for some time, and has become an integral part of the X-Men, as Apocalypse shows her as one of their leaders.

We also learn that Magneto had a wife and child, whom he tragically lost to circumstances yet unknown. While it is hard to picture Magneto as a family man – having constantly been the “poster mutant” for anger and revenge – it does to some extent go in line with Magneto’s story in the comics. The loss of his family will only have amplified his feelings towards mankind, which now pushes him over the edge – or rather into Apocalypse’s team of horsemen.

As the film is set in the 1980s it means we get to see young versions of the X-Men we have previously gotten to know: Jean Grey (Sophie Turner), clearly struggling with her growing powers; Cyclops (Tye Sheridan), a long way from the leader we are used to seeing; and Storm, a troubled, young mutant manipulated into siding with Apocalypse. Since the first X-Men trilogy is deleted from the current timeline, many have wondered where these characters actually end up. For some of them it’s the chance of a new, more likeable, portrayal (here’s looking at you, Cyclops), and for others it’s the bigger question of whether or not they will cross over to the dark side.

While it is possible to discuss Apocalypse in relation to previous X-Men films, it does perhaps first and foremost deserve to be seen for its own merits. What we have here is a story featuring mutants globally (or at least outside of the US) and with a long, perplexing, history. It opens up to more questions regarding origin and outcome, for both the mutant race and individual characters. And while getting to know new and old X-Men characters more intimately is an added bonus, it is the many possibilites Apocalypse brings that excites the most. If only they can stay clear of time travelling this time around…

Are there any events in previous X-Men films that you think had an impact on the storyline for X-Men: Apocalypse? And it what direction do you think the story will go from here? Comment below or share your thoughts on Twitter!