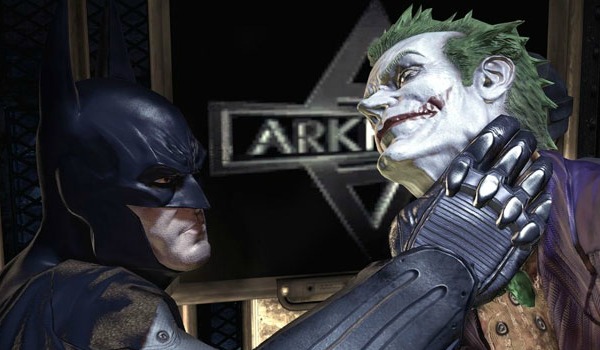 I’ll be honest, I have never read a Batman comic in my life (I know, blasphemy) but I do really love the character. One could say that being a 90s kid had its downsides concerning getting to know the cape-crusader due to the questionable Batman and Robin (Bat-nipples and a BAT-FREAKING-CREDIT CARD!). However, we did get the Batman animated series which cemented so many core elements for the franchise, namely Kevin Convey as Batman, Mark Hamill as the Joker, and who can forget Harley Quinn. This is how I soaked up information about the comics as a child but my real encounter came about as an adult when I decided to be daring and try out Batman: Arkham Asylum. This is where everything changed.

The game starts out with Batman apprehending the Joker (again) and taking him back to Arkham Asylum where (surprise, surprise) the Clown Prince of Crime sets a trap. This results in the Joker escaping and eventually taking over the asylum and it’s up to Batman to stop him. This journey takes you to many dark places and really explores Batman and his inner-demons, as well as evolving his unique chemistry with the Joker.

Arkham Asylum doesn’t hold back, it lets you know exactly what kind of narrative you have entered. You’re not playing as Spider-Man, flinging around New York throwing out wise-cracks, you are the Batman: a tortured soul with a bleak past, who fights against some of the most psychotic and dangerous villains of all times. This is made more apparent through you exploring Arkham Asylum and seeing the criminals you have locked away from Gotham. You encounter Harley Quinn, the Scarecrow, Bane, the Riddler, Victor Zsasz, Poison Ivy and Killer Croc. The Scarecrow sections are amongst the most unsettling moments of the game because his fear-induced drug trips showcase the twisted subconscious of our protagonist as his terrible past comes back to haunt him. There is a creepy section in which we see Batman open up two body bags within the morgue only to find the bodies of his parents who both call him out on his mistakes. Later on we are shown a corridor morph into the alleyway in which his parents were murdered. 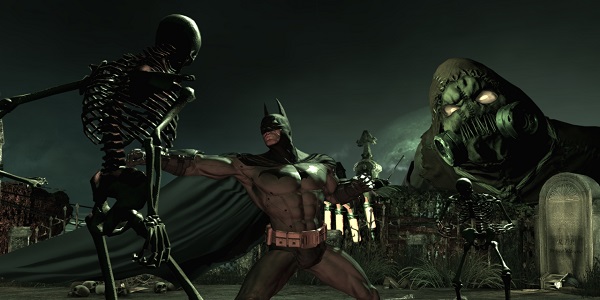 Zsasz’s involvement really adds a new layer to the narrative due to his ritual of killing women and marking his skin afterwards like a tally. His resemblance to a real-life serial killer makes his appearance feel rather grounded and too real for comfort which ultimately showcases the realistic and gritty nature of the Batman universe. The Riddler’s involvement reveals another brilliant rivalry in Batman’s long line of enemies. His constant attempt to prove himself intellectually superior by having Batman solve riddles makes for a twisted game, one that only helps to provide evidence that the character is unhinged.

The greatest aspect of the game is the chemistry between Batman and the Joker. They are without a doubt one of the greatest rivalries ever constructed. There is such a unique chemistry between them. It is clear they are opposite perspectives, one trying to be a symbol of justice whilst the other tries to be an instrument of chaos, and yet they both seem to have a bond that they cannot escape from. The simple fact is that Batman will not kill the Joker, despite all of his crimes and despicable actions, to which even the Joker calls him out on. Perhaps Batman sees something of himself in the Joker and would feel incomplete without him, who knows. On the other hand, it is clear that all the Joker wants to do is make Batman see the world through his eyes, “giggling in the corner and bleeding”.

The testament of the game is showing you how far the Joker is willing to go in his scheme to create madness, as well as test Batman’s limits as a hero. Throughout all you see is the death and destruction he leaves behind, and yet, you still love him. This is all down to the charm that Hamill has always brought to the role. He has made it his own and nobody, and I mean nobody, can take that away from him. Hamill blends the Joker’s comedy and insanity together perfectly. Sometimes you can’t help but laugh at the mad things he comes out with. For example: “Anyone seen the big bad Bat yet? I warn you, he may look like an idiot and talk like an idiot, but don’t let that fool you, he really is an idiot!” But then there’s the insanity, to which I mean Hamill showcases his Joker can unleash a dark side that strikes fear into you. Basically, his threats aren’t to be taken likely. 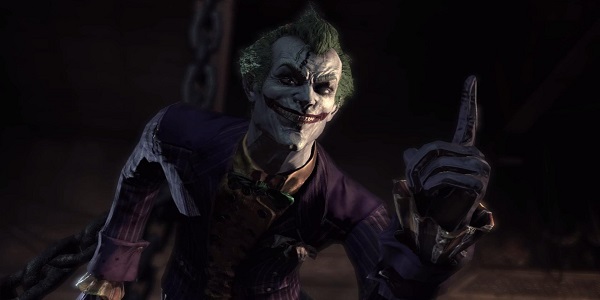 Then of course there’s Hamill’s perfect rival, Convoy, who, like Hamill, delivers the definitive version of the character. Convoy doesn’t need to try hard to capture the tortured soul of Batman’s character and really handles his endearing struggle throughout the narrative. What is interesting is how his character is shown to get more and more beaten as the story goes on, with him in the end looking like he’s been through hell. There are moments, as mentioned above, where Batman’s sanity and crusade is questioned and even challenged. It’s a great insight into his world and why he does the things he does, which is complemented by the villains you encounter. It is apparent throughout that Batman won’t give in his quest to stop the Joker and will stop at nothing to prevent his scheme, even denying the Joker his victory of descending into madness.

Added on top of everything else are the background elements of the game. The inclusion of characters Commissioner Gordon and the Oracle also adds to Batman’s character and the world he has developed for himself. It’s fascinating to see the relationship they have with each other, as well as seeing the secrecy of the Oracle’s identity. Other elements include the various Easter-eggs around the asylum that indicate to the presence of major villains within the mythology, neatly crafted by imagery that associate with their character, as well as finding character profiles that cover the history of the characters involved. On top of this you can find tapes that allow you to listen to certain villain’s interview sessions during their time at Arkham, leading to some fascinating revelations concerning the Joker, as well as providing a retelling of Hayley Quinn’s origins and how she first became fascinated with the Joker.

There are many reasons why I call this one of my favourite video games of all time and one of them is its narrative, one that captures the themes, tone and characteristics of Batman and delivers it in one splendid packaging. Anyone new to the Batman mythology should definitely consider using this as a stepping on point, and for those who are already acquainted with the comics I implore you to check out this game. But there’s more. This is only the first game in the series. Join me next time where I continue delving deeper into the Arkham games and explore further how they expand the world of Batman.