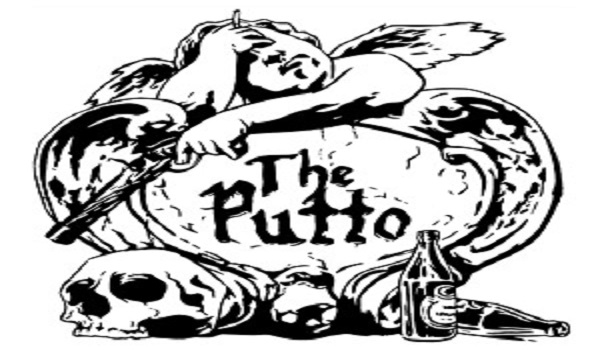 The Sorrowful Putto of Prague is a fascinating comic that blends gothic romanticism with modern day noir. Putto is a cupid-like creator dedicated to protecting Prague. His fellow immortals, like The Golem, populate this city and combat its evils. Centuries of dealing with Prague’s adversaries has left Putto weary and exhausted. Like most noir detectives, he’s an alcoholic and a chainsmoker, going through the nights trying to forget past trauma. When we first meet him, he’s trapped in a gutter, his disguise exposed, desperately trying to get home before someone finds him.

The graphic novel’s vignettes, 8 in total, combine to form a fascinating world of magical creatures, corrupt officials, and evil demons lurking in the shadows. A.J. Bernard‘s black and white art creates a shadowy noir atmosphere, reminiscent of hard-boiled classics like The Third Man. Later on, colour is added in fascinating shades. A tale on The Golem is coloured with varying yellows and oranges, creating a sunset-like feel.

A chapter on a violinist has radiant reds and blues, creating magical swaths of colour that flow with the implied music. His panels are often laid out in intriguing ways, such as four panels surrounding a central panel shaped like a cone. He has an excellent sense for space and style. Josel Nicolas illustrates the final chapter, with a more slick style that focuses on greys and blacks. He carries over Bernard’s noir theme. Together, the two artists create a Prague that is grimy, fallen, but still has reminders of its beautiful past. They reflect Putto’s state: once a glorious creature, now a beleaguered servant. 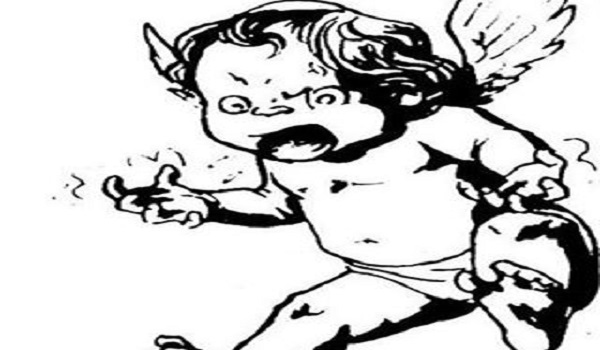 James Stafford’s writing drives the story along. He has Putto speak like a mix of an Renaissance poet and a hard-boiled detective, using words like ‘forthwith’ while dressed in a trenchcoat. He examines life in Prague from the average person to the city’s demons, creating a wide world, while still leaving you with the feeling that there are far more creatures lurking in the shadows. Stories run the gamut from the humorous to the somber. Stafford is a big fan of the comedic twist.

A couple of stories begin tensely, only to end in comic relief. He crafts an intriguing world in these pages, a Prague that’s a mix of hopelessness and former glory. Stafford is able to hit a lot of emotional notes in a very short space, making the reader run from humor to melancholy to beauty all in the space of a few quick stories. His charming, flawed characters give him the leeway to write about any topic he feels, and his version of Prague is the type of city that can be both ugly and gorgeous at the same time.

The Sorrowful Putto of Prague is a fun, original comic that mixes together high fantasy and 30s detective noir-style to great effect. With beautiful art, including Bernard’s stunning, intricate logo for the comic, the story transports you to a unique, vivid world of corrupt demons, betrodden commoners, and alcoholic angels trying to keep the ancient city from falling apart. The Sorrowful Putto of Prague is an excellent tale that mixes dark humor, tragedy, melancholy, and beauty together, hitting every note perfectly.

What do you think of The Sorrowful Putto of Prague? Sound off in the comments or send us your thoughts on Twitter!