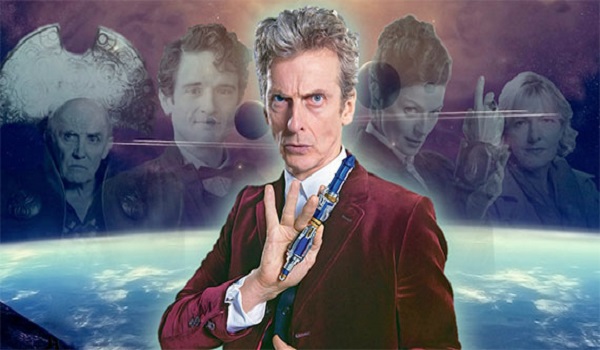 Doctor Who is without a doubt my favourite show, and has been since I was about three-years old. The Doctor, the Daleks, all of time and space and the thrills, wonders and behind-the-sofa moments that come with it. It’s a fantastic show that has spanned for 52 years and counting but all good things must come to an end. Luckily not the show, which sadly nearly happened back in 1989, but our dear Steven Moffat as show-runner. The BBC has pushed the show back this year in order to prepare ourselves for Moffat’s grand-finale season next year. So in anticipation for Series 10, and its two Christmas Specials, let us countdown the Top 6 things we want to see in Moffat’s final year as show-runner.

Moffat’s companions have certainly been interesting, to say the least. Amy Pond was The Girl Who Waited whilst Clara Oswald was The Impossible Girl, both spanning intriguing, but complex, storylines over their time aboard the TARDIS. So after six years of that it would be nice to have a companion who was more ‘grounded’. Simplistic can sometimes be better than complex. We just need a good old fashioned friendship again without the need of having a complicated timey-wimey twist.

Plus it would be nice to lay-off the romantic sub-plot and just stick to the Doctor and his companion being friends. Despite Donna Noble not being my favourite companion, you can’t deny that her friendship with The Tenth Doctor was refreshing at the time and felt strong. This is what we need from new companion Bill (played by Pearl Mackie) and judging from the teaser we got in April we should be getting that.

Obviously since this is Moffat’s last series it would be nice to have plenty of references to the elements he has brought to the show since 2005. I obviously don’t want Series 10 to be over indulged with references left, right and centre but it would be nice to have some nods to the past as well as looking towards the future, similar to Series 7 (the 50th Anniversary season). They could possibly bring back some of Moffat’s most popular characters, like say The Paternoster Gang.

Perhaps even a return from Winston Churchill, Dorium Maldovar, Craig Owens, Perkins, or better still, the infamous Captain Jack Harkness. Why not? After all, it was Moffat’s original script, “The Empty Child”, that introduced him and what better way to send-off your final series than by bringing back that said character for a big welcome-back party. If anything it would certainly make the fans loose their minds with excitement. Then there are the enemies, such as the Weeping Angels, the Silence, the Vashta Nerada to name a few. These are just a few things to consider and anyone of these elements would be most welcome.

The return of Gallifrey was much appreciated. For Moffat to change the outcome of The Last Great Time War was pretty ballsy to say the least but it all paid off and only helped to enhance the overall journey of the Doctor’s life within the revived series. But, like a lot of fans will agree, Gallifrey’s eventual return in “Hell Bent” was drastically pushed to the side for Clara’s departure. For Series 10 I want to see more of Gallifrey and the impact the Time War has had on the society.

The Doctor kicked Rassilon off the planet, along with the High Council, what were the consequences? Will Rassilon seek vengeance or begin some kind of Time Lord civil war? Perhaps try and resurrect Omega or Morbius, seek an alliance with the Master or the Daleks? Plus we need to understand where the Doctor lays with the return of his people and what consequences await him for the things he has done. And finally a further look into the Hybrid prophecy from Series 9 wouldn’t go amiss.

Moffat has been working on the show since it came back to our screens, so it’s fair to say the man deserves a bit of a send-off. So it would be fair to expect a big, massive, explosive final episode written by the man himself. I don’t know what I would want to see in this episode but all I know is it’s got to be good, and at least feel like one of his best, if not, his best episode to date to help celebrate his long tenure working on the show. It would be great to have the final episode riddled with some fan favourites from his era, such as River Song, Kate Stewart, Osgood, Me and The Paternoster Gang. It should accumulate everything that we’ve loved about his era into one big package, sending off Moffat’s era with a glorious conclusion.

Wouldn’t it be great to have The Eleventh Doctor meet The Twelfth Doctor? A fan can dream right? It’d be great to have Matt Smith come back one last time under Moffat’s reign. The comedy alone would be hilarious. There is always something about multi-Doctor stories that I enjoy, usually the interaction between different incarnations and how, through themselves, expand our beloved protagonist.

If not the return of Smith, perhaps give Paul McGann another chance to shine onscreen like he did in “The Night of the Doctor”. I think this would be a great bit of fan-service whilst also creating a brilliant story that would capture a lot of interest within the media. As “The Two Doctors” established back in 1985, where The Sixth Doctor was met with The Second Doctor, you don’t need an anniversary occasion to have a multi-Doctor story. This again was done in 2007, by Moffat, within “Time Crash” where The Tenth and Fifth Doctor met. It would certainly be a great thing to see, though slim, as well as being another great way to send off Moffat’s era with a massive bang.

I really loved Smith in the role, so it’s fair to say I was really saddened by the announcement of his departure, but then came along Peter Capaldi. I can’t say I prefer Capaldi to Smith but Capaldi certainly gives it his all and portrays one of the best incarnations to date, so it would be sad to see him go while he is just reaching his peak. Plus with there being no series this year, that would mean his departure at the end of Series 10 would leave him with a boring total of three series and only four specials.

It would be a massive shame to see him leave on to the account that Moffat is leaving and the BBC preferring to start afresh for the arrival of Chris Chibnall as show-runner in 2018. Capaldi should be allowed to stay as long as he wants and it would be more fitting, and exciting, to see him go on to star in the new era and watch as he is progressed further under Chibnall’s care. Fundamentally I would like to see Capaldi continue with his life-long dream for as long as he can and cherish every single second of it.

And there’s my very demanding list of things I would like to see in Series 10. I could think of more things but I wouldn’t want to bore you. I guess this is the burden of being a die-hard Doctor Who fan: all of time and space to play with but we have to go the long way round, slowly and in the right order. But, fundamentally, I would like a good solid outing from Moffat to end his long tenure on the highest note possible, and pretty please don’t take Capaldi with you.
A
Anyhow, do you actually agree with any of my suggestions? Do you have any better ones you would like to share or compare with? Please send in your Top 6 lists and discuss what you want to see in Series 10 in the comment section below or on our Twitter page!