Home » 6 Actors to Portray Deathstroke in the DCEU 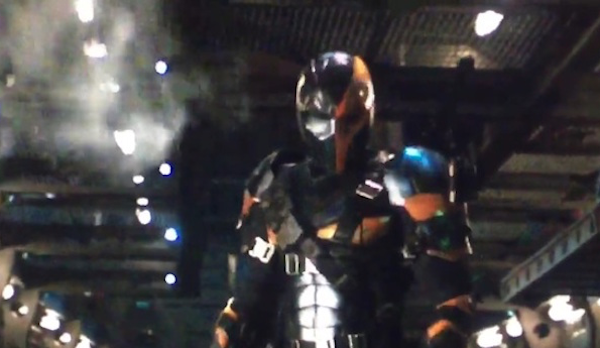 Did anyone else get the chills watching Ben Affleck‘s Deathstroke video yesterday? Granted, it was only a few seconds of footage featuring the character simply walking and posing, but dammit, those few seconds were amazing! It’s about time we get a live-action film version of one of DC’s best villains.

As of now, it appears that Deathstroke is showing up in Justice League, but apparently he’s also going to be the primary villain for The Batman (this is all hearsay at this point; I’m taking it all with a grain of salt until Warner Bros. makes an official announcement).

With Deathstroke now coming to the DC Extended Universe, it’s time to start making rash predictions about who will play the notorious mercenary. Here are six actors we think should take up the orange and black mask. 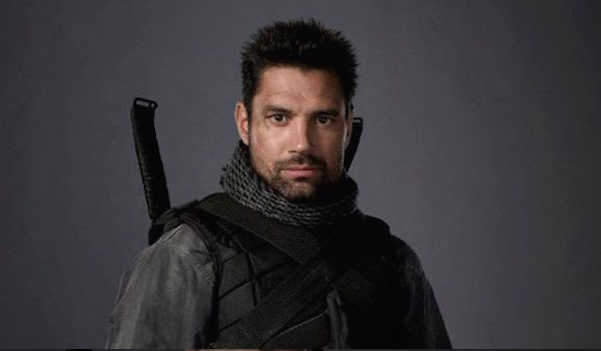 Manu Bennett did a spectacular job portraying Slade Wilson/Deathstroke in the first and second seasons of Arrow. We even got to see him in a glorified cameo in the third season. Then he practically fell off the face of the Earth, never to be seen again (although, we did get to witness Slade’s son take up the mantle in an episode of Legends of Tomorrow). It’s a shame that Arrow‘s version of Deathstroke is more-or-less gone for good. Bennett deserves to come back as Slade.

Now, it’s been confirmed for a long time that the DC television shows and movies are in separate continuities, which means there won’t be any crossovers. So it’s extremely unlikely Manu Bennett will be reprising his role as Deathstroke in the DCEU. However, it’s still fun to think “what if?” 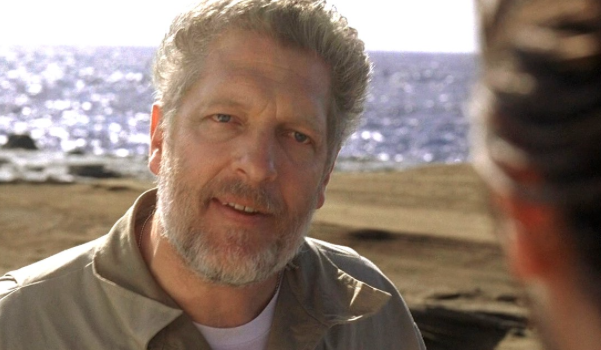 Out of all the entries on this list, I think Clancy Brown might be the most unusual. He’s one of those actors whose name you don’t know right away, but if you see his face, you’ll immediately recognize him. Not only has he delivered solid performances as great characters such as the Kurgan in Highlander and Captain Hadley in The Shawshank Redemption, but he’s also made a name for himself in small (but memorable) roles in The Flash and Daredevil. Oh, and he voices Mr. Krabs in Spongebob Squarepants.

Brown has a very brutish look to him. He walks onto the scene and you immediately know that he’s not someone to mess with. Almost every one of his roles portrays him as this daunting villain with a menacing voice and an intimidating demeanor. Simply put, Brown looks and acts like an older, seasoned Deathstroke. 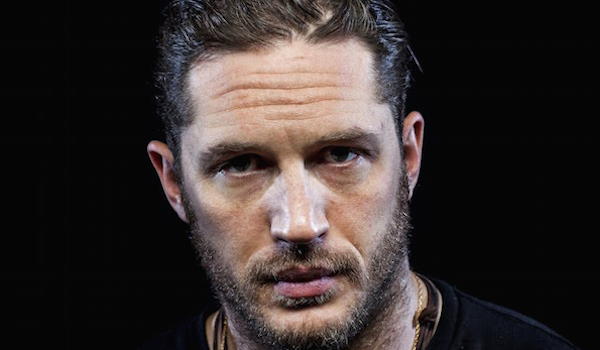 I’m not one of those people who fawns over Tom Hardy. When people wanted him for the role of the Punisher, I said no. When people wanted him to play the next Wolverine, I said no again. It’s not that he’s a bad actor, but he definitely isn’t fit for those roles specifically. I actually thought his version of Bane in The Dark Knight Rises was great, and I’m a little upset he didn’t get to follow through with Rick Flag in Suicide Squad. It’s time to bring Hardy back to the world of comic book movies. How do we do that? Deathstroke.

Hardy’s got the build, the acting talent, and even the beloved accent to portray Slade Wilson. He also has the ability to deliver a proper fight scene, which is what we NEED to see in a Batman movie featuring Deathstroke. If there was ever a role for Hardy, it’s this one. Plus, I just think it’d be fun to see him to play yet another Batman villain. 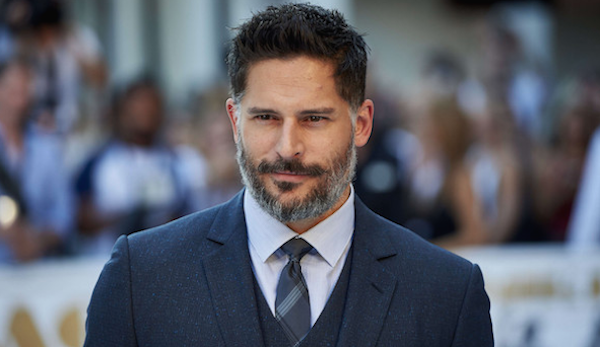 I think Joe Manganiello is the fan favorite to play Deathstroke in the DCEU. Fanboys everywhere have been screaming his name from the mountaintops anytime the words “Deathstroke” and “movie” have appeared in the same sentence. I don’t blame them; he looks the part. He reminds me of Manu Bennett but with a more aged look (which I think is appropriate for a veteran fighter like Deathstroke).

The big issue with this casting choice is that I’m not entirely familiar with Manganiello’s acting chops. I’ve only seen him in Spider-Man and Pee-Wee’s Big Holiday. That’s it. I’ve never watched True Blood or Magic Mike or any other films/shows he’s starred in, so I guess I can’t make an accurate assessment. The main reason he’s on the list is because of how much he looks like a middle-aged Slade and because so many fans have been demanding it. While I like to trust the general consensus, I ultimately need to witness his acting talent for myself, which is why Manganiello isn’t the number one spot for me. 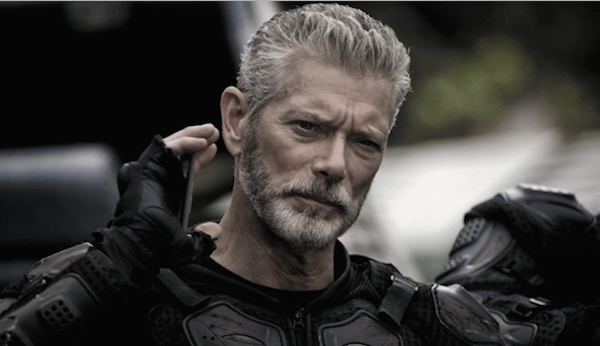 Here’s another actor who’s been in high demand for the role of Deathstroke: Stephen Lang. You may know him primarily from his role in Avatar, and if you’ve been to the movies this past weekend, you might have also witnessed him as a blind bad-ass in Don’t Breathe. Lang definitely looks the role of Deathstroke, and he’s absolutely proven his ability as an action star. I have full confidence in him as a major comic character such as Deathstroke. However, I personally think he’d be better suited for Cable in the second Deadpool movie. That’s not to say he can’t portray both characters, but if I had to pick one role for Lang, it’d have to be Cable over Deathstroke. 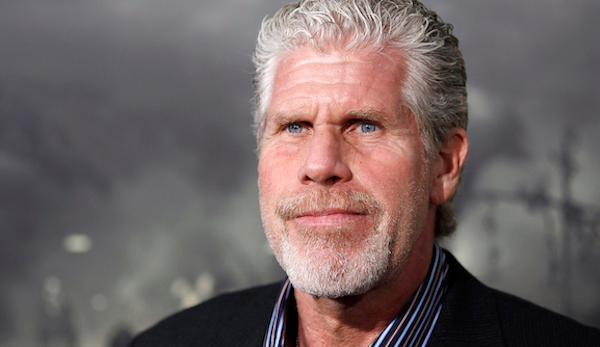 Ron Perlman. You may know him as Hellboy. Or you may know him as Clay Morrow. Or you might just recognize him as that strange-looking fellow who always seems to pop up in the most random roles. Either way, you have to know that Ron Perlman is the man, and that he’s the perfect actor to portray Deathstroke.

Perlman is a veteran in the comic book movie realm. He’s starred in both Hellboy films (and has lobbied hard for a third film), and he also played a minor yet interesting villain in Blade 2. In addition to this, he’s voiced countless comic characters in the animated DC shows and films, including Clayface, Bane, Sinestro, and even Slade Wilson himself… twice! Yes, Perlman voiced Slade Wilson in Teen Titans and Justice League: Flashpoint Paradox. Come on, he’s already voiced the character and he practically looks the part. If you’re not going to give Perlman Hellboy 3, then at least let him don Deathstroke’s mask in a live-action film.

Who do you think should take up the role of Deathstroke in the DCEU? Share your thoughts in the comments or on Twitter.