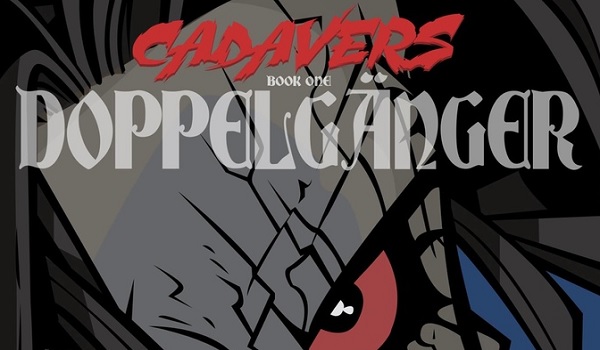 Happy Saturday comic book fans! Some of you may be feeling the after effects of a high octane Friday night right about now, so we’ve gone ahead and expressly provided you with a much needed shot in the arm! That’s right friends, we recently had a chat with Matt Hardy (Madhouse) about his upcoming comic book Cadavers 1: Doppelgänger! To see what he had to say just look down!

AP2HYC: Cadavers is about “monsters who don’t think they’re monsters.” Tell us a bit about what we can expect from this series.

Hardy: Cadavers outlines the story of a subset of humanity – the Spectrals – immigrants from a nearby dimension. Their strange supernatural type powers mean they carry the potential to be a danger to others. Consequently, the fear and distrust of society at large has pushed the Spectrals to the lower strata of a small Eastern European country’s economic scale, leaving borderline criminal activity the only work available to them.

We grew up with Chris Claremont‘s X-Men and wanted to recapture some of that feeling of segregation/discrimination that comics used to thrive on. We wanted to portray a disparate group, a clutch of outsiders, with the question that do their powers make them a danger? Or do the lives they find themselves placed in make them a danger? And at the end of the day, does it really matter?

Wow that all sounds a bit heavy.

AP2HYC: You and Edward Bentley worked together previously on Madhouse. Has the collaborative process changed at all for Cadavers?

Hardy: Edward and I have worked together for years and so have developed a very loose way of working: I’ll talk Ed through the story over drinks and we’ll disagree on everything, I’ll ignore him and send him what I want on each page, and he will send back something a bit different but better. It seems to have worked so far.

Cadavers is five issues all tied together as one big, cohesive, interconnected story. This means we’ve had to plot and plan the five stories way in advance of the first issue. So it’s actually a tighter, more structured story than our previous books, Madhouse or Last Exit to Brighton.

AP2HYC: In Cadavers there is a character called Marckus North, who almost seems like a fictional version of Ted Turner (not that he’s…evil…or anything…); was that your intention? What other media figures have you drawn inspiration from?

Hardy: We’re aware that Marckus may seem to draw from a number of real life media moguls but it’s not our intention to draw comparisons; this is primarily a thriller about a bunch of dangerous misfits. The real world comparisons on prejudice and media bias are important to backstory but we are not drawing conclusions, we are just presenting a world where the media wants to inform the public about what it feels are threats. That’s a reasonable thing to do…right?…

Also isn’t it wrong to draw conclusions about the motives of Marckus North, making a judgment based on a small part of the story?

(Unless he’s just a nasty bit of work, which is entirely possible)

AP2HYC: Is there anything you can tell us about Anima’s teddy bear?

Hardy: Not without ruining a large section of the story! Anyway, what’s your concern about the teddy? Sweet, harmless, cuddly things right? Definitely not something you should keep your eye on… 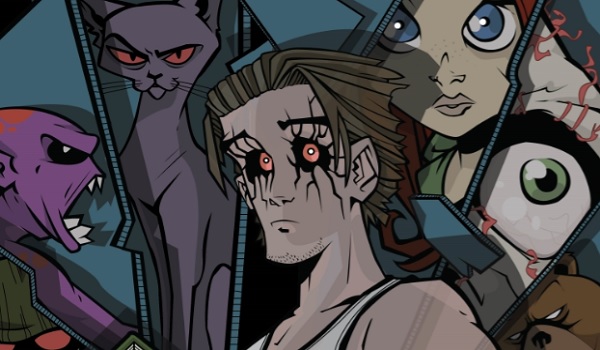 I’ve got my eye on you, teddy bear!

Hardy: That’s a question that strays a little into spoiler territory, but as far as each character is concerned each of their own narratives are 100% reliable. You are experiencing EXACTLY what they experience, but just because you think you see the whole picture doesn’t make it so. But we promise by issue five any apparent inconsistencies in issues 1-4 are explained. I mean Marckus North dies four times – once in each chapter – that’s going to take some explaining!

AP2HYC: The Kickstarter for Madhouse was very successful. In what ways has your approach to crowd funding changed for Cadavers?

Hardy: Not a huge amount. Cadavers is arguably an easier “sell” than Madhouse; having five interesting characters and an action orientated concept seems to have galvanised our audience. We’ve tried to personalise the rewards a bit more for Cadavers and include many original examples of Ed’s art as I can make him draw. His art is gaining popularity so I need to try to work him to death before anyone else gets him.

AP2HYC: Something I thought was really cool is the custom Pop! Vinyl Doppelgänger as one of the rewards on your Kickstarter. Did you have to strike some kind of deal to get those produced?

Hardy: You are forcing us to reveal a closely guarded trade secret!

Okay- we would love to tell you that we struck a lucrative deal with Pop! Vinyl to have a large factory churning out custom Pop! Vinyls…but in fact you can buy “naked” Pop! Vinyls on the Internet. The multi-talented Edward then models/converts them into characters from our comics.

You really can’t get more “limited edition” than that! The “Andy” Pop! Vinyl from Madhouse was a huge draw at the last convention we attended.

AP2HYC: I love the idea of “sharing a drink” with the cast of Cadavers in each issue. Will these little drinking sessions tie into the story at all, or are they strictly for fun?

Hardy: They 100% tie into the story. I mean they are a bunch of mates down the pub talking trash to each other, winding each other up, talking about work, life, TV, politics – and through all that we get the backstory to the world they live in, their true motives and why they are going after North. Thanks to Ed’s promo art we also have what appears to be a 10 year old girl drinking Jack Daniel’s, so that’s going to be a fun one to write my way out of… 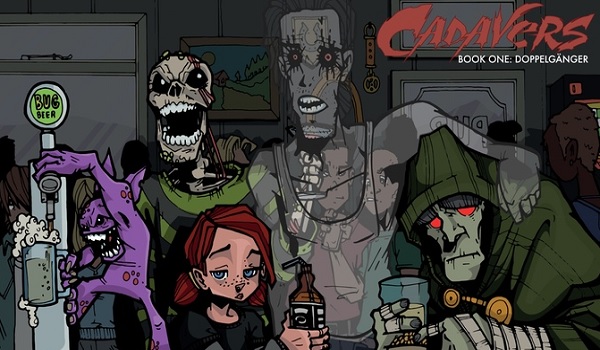 AP2HYC: What other projects have you got in the works?

Hardy: We are trying to branch out into different genres. So I’m co-writing (with Ash Deadman) on an original graphic novel – a murder mystery called Murder Most Mundane with art by Clint Bint, and Edward has a solo comic project called Skate or Die coming up as well. So nicely busy!

AP2HYC: What are some of your biggest influences as creators?

Hardy: Ed wears his artist influences on his sleeve; Jamie Hewlett and Terry Gilliam primarily. Ed also consumes a huge amount of TV and films which translate into a wide-screen, cinematic approach to his art.

I’m the comics fan. Waid, Morrison, Aaron, David, Spencer, Simone, Gillen, Vaughn – I read across all publishers and all lines, and adore the genre. I believe that comics offer a freedom of narrative and a platform for the imagination that nowhere else does.

Alright gang, you know what to do! Get on over to the Cadavers official Kickstarter, check out those sweet rewards, and do your part to support creator owned, independent comics! Then visit the Mad Robot Comics website, where you can pick up some of Hardy’s other work!