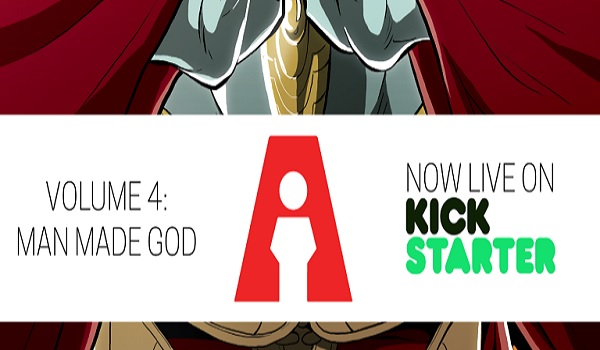 When corporate con-artist Jack Fortune’s life came to an abrupt end, he discovered an afterlife in chaos, leaving him with no option but to take over, modernise and turn a tidy profit. Now, under Jack’s visionary leadership, Afterlife Inc. goes from strength to strength, improving quality of death for all. But when one of the afterlife’s former rulers returns, public opinion shifts massively against Jack’s branded idealism and dangerous thinking. When faced with heaven’s legitimate owners, can Jack be trusted to relinquish his stolen power – and should he?

Man meets god in Volume 4 of Afterlife Inc. “A Company You Can Believe In!”

The story so far:

Afterlife Inc. is the brainchild of writer Jon Lock, one quarter of Big Punch Studios, and the creator of Cuckoos, Orb and 99 Swords. Having previously self-published volumes 1-3 of Afterlife Inc., along with The Heavenly Chord (a crossover with the world of Nich Angell‘s 7STRING) and the Book of Life (a hardback collected edition of the story so far), Jon is returning to Kickstarter to fund the latest installment in the ongoing adventures of Jack Fortune and Co. 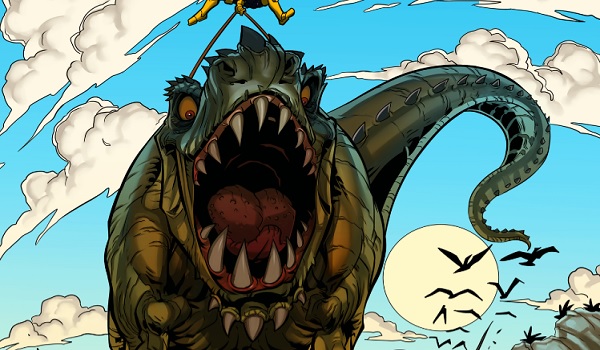 Afterlife Inc. Volume 4: Man Made God is already 50% self-funded and complete. We just need your help to take us the rest of the way and make this book a reality. As soon as the Kickstarter campaign ends, all backers will receive a digital copy of chapter 1. As work continues on the remainder of the book, backers will receive a digital copy of each chapter as it’s completed, followed by a print copy of the full volume.

More information about the project, included sneak peeks and a full list of rewards, is available at the Kickstarter page. If you’d like to learn more about Afterlife Inc. the entire story can be read for free online, starting here!