Home » 10 Skeletons Who Are Bad to the Bone 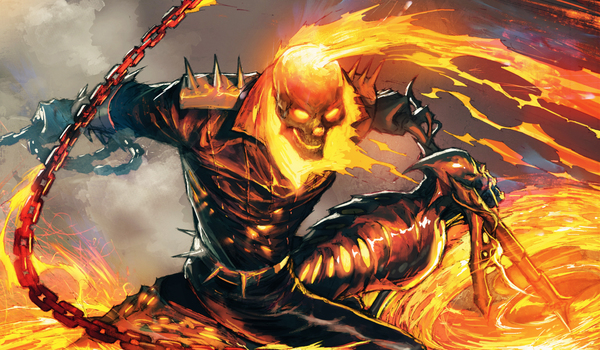 So, Agents of S.H.I.E.L.D. has got off to a good start, introducing Ghost Rider to the Marvel Cinematic Universe and enigmatic ghost people that can drive people insane. And since it is now the witching month, we honour the heroes and villains who are skeletal in nature. Whether they were cursed, reanimated, or even born as such, these creepy characters have marked their place in pop culture. So, rise from your coffins and terrorise your neighbourhood, these are ten of the best skeletal superhumans in fiction. 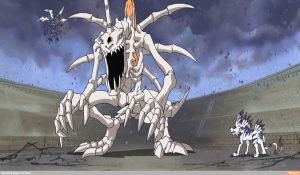 The key to a successful digivolution in the universe of Digimon varies depending on the TV show. In Digimon Adventure, protagonist Tai Kamiya tried to force his partner Agumon is digivolve to defeat the evil Etemon. Because digivolving in this particular series requires Tai to be in danger, he throws himself in front of the enemy, causing Agumon to dark digivolve into the terrifying SkullGreymon, a skeletal dinosaur who can’t tell friend from foe and just attacks everybody. What is even creepier, is that he fires missiles from his spinal cord covered in the skin of his alternate form of Greymon. Yikes. 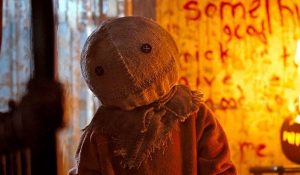 A bit of an unusual choice, but this deceptively innocent-looking trick-or-treater falls under the category of being skeletal. Appearing in Trick ‘r Treat directed by Michael Dougherty, Sam, visits a small American town to celebrate Halloween but keep an eye on those who may be breaking the rules of the night. Anyone rulebreakers gets paid a visit from this diabolic little demon child. Sam’s name is short for “Samhain”, the original Celtic harvest festival that would eventually evolve into Halloween, and he is the spirit of the season, punishing those who do not heed to the rules. Though he looks like a harmless kid wearing a burlap sack, he actually hides a pumpkin-shaped skull for a head, and a supernatural thirst to punish those who do wrong. But give him some candy, and he may just let you off. 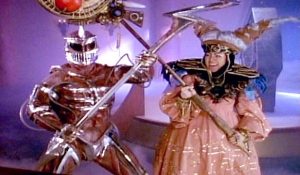 Mighty Morphin Power Rangers was awesome enough during its first season, but despite some minor complaints, there was nothing that was really scary about the show. That was until Lord Zedd arrived in season two. A demonic, skinless intergalactic warlord with an armoured skeleton and visibly, pulsating brain, Zedd was a menacing figure in the show. However, fellow villain Rita Repulsa, banished by Zedd, intoxicates him with a love potion and they get married, unfortunately turning Zeed into a bit of a buffoon and losing that sinister edge he possessed. Zedd and Rita remained a couple until they were turned good by Zordon’s evil-purging sacrifice at the end of Power Rangers in Space. 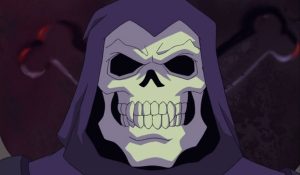 Perhaps one of the most recognised skull-faced villains on television, the almighty Skeletor is the badguy of He-Man and the Masters of the Universe. Despite having a skull for a face, old cacklypants is a powerful, muscular sorcerer and warrior. His mission in life is to storm the mysterious Castle Greyskull and obtain its ancient secrets to take over Eternia and then the universe. He operates from Snake Mountain and while a ruthless villain, his incompetent minions often screw up his plans. His origins never went beyond the bare bones, but the 2003 reboot revealed Skeletor got the Two-Face treatment, his face melted off by magic acid. 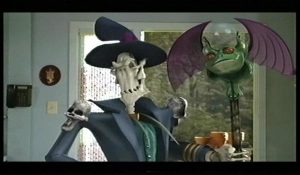 Lord Fear is the bony badguy of Ace Lightning, a British-Canadian TV series about video game characters coming to life in the real world. I’ve talked about it a lot. Lord Fear is a 352-year old lich, accidentally crippled by his nemesis, superhero Ace Lightning, and that was all the excuse he needed to make plans to conquer the world. Though walking with a limp, Lord Fear is no push over. He is a skilled sorcerer, a brilliant strategist, and has extendable limbs. He dates the shapeshifting Lady Illusion, but soon she ends up having an affair with Ace, in a love triangle that remains secret for most of the first season. Lord Fear is great fun as a villain, playing the pipe organ, and later gains a cool motorbike of sorts called the Doom Wagon, given to him by fellow badguy Kilobyte. 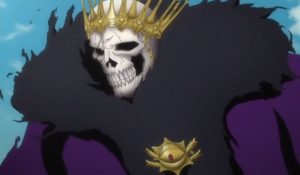 Barragan Luisenbarn is the God King of Hueco Mundo, world of the malevolent Hollows in Bleach. Or at least he was until he usurped by the manga’s big bad Sosuke Aizen, and forced into his service as a member of the Espada. Though he appears as a grouchy old man, when Barragan activates the powers of his battleaxe, he can transform into a chilling Grim Reaper-esque skeleton. Each of the Espada rule over an aspect of death, Barragan fittingly having the aspect of “Aging”. His signature power is to rot anything away, as he does to Soi Fon’s arm. However, his powers can also affect him, as what happens when he tries to battle the magically-empowered Hachigen Ushoda and is destroyed by his own deathly power. 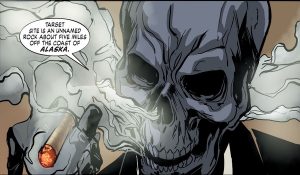 Time for some more traditional faces. Mr. Bones is a reformed supervillain introduced in DC Comics’ Infinity, Inc. Born with abnormal powers by a mad scientist named Doctor Love, Bones has invisible skin, thus having a skull for a head. He spared Love’s life in secret when his team, Helix, discovered the origins. When Dr. Love later returned, Bones was booted out of Helix. He joined Infinity, Inc. and eventually became Director of the Department of Extranormal Operations. He is known for chain smoking, and wears a normal suit in comparison to the superheroes who wear costumes. Amongst his other abilities includes the power to shoot cyanide from his skin. 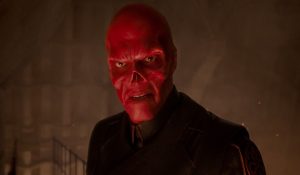 One of the greatest villains in Marvel Comics and perhaps one of the most iconic fictional Nazis, Johann Schmidt is the leader of HYDRA, the science division of the Third Reich. In Captain America: The First Avenger, the Red Skull was apparently so evil that he got kicked out of the Nazis. Yeah, seriously. The guinea pig for Dr. Erskine’s super soldier project, it worked but turned Schmidt’s head into a red, well, skull. Sinister, confident, and the embodiment of evil, Red Skull serves as a fantastic nemesis to Captain America. I do hope he makes a surprise appearance in Avengers: Infinity War, since the Tesseract appeared to blast him into space rather than destroy him. 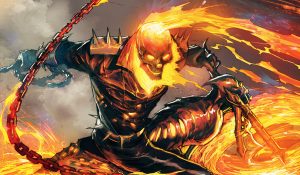 Haha, you thought he was going to be number one! Old flaming-skull head made his debut in the MCU in spectacular fiery fashion, appearing in the opening episode of Agents of S.H.I.E.L.D.’s fourth season. There have been several incarnations of Ghost Rider, but he has always had the purpose of hunting down the sinful and punishing them with the flames of hell as the Spirit of Vengeance. Amongst the incarnations include Johnny Blaze, a daredevil who sold his soul to Mephisto to save his father’s life; Danny Ketch, who makes contact with a motorbike containing the Spirit of Vengeance; and the latest newcomer Robbie Reyes, who uses a modified Dodge Challenger as his mode of transport. This guy is just bad to the bone. 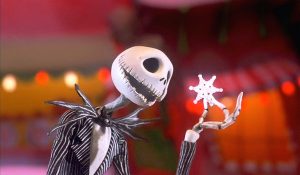 It is Halloween soon, so it made sense to place the Pumpkin King at the number one spot. The protagonist of The Nightmare Before Christmas, Jack Skellington is a charming, spooky, and somewhat irresponsible character seeking some new fun in his life. By chance, he stumbles across Christmas Town, becomes mesmerised by the joys of the holiday, and decides to do his own spin on it. Naturally, it is Halloween-based. Jack is an iconic character, a well-intentioned but flawed hero, risking the life of Santa Claus and his love interest Sally whilst on his Christmas escapade, but strives to save the day.

Which are your favourite skeletal heroes and villains? What are you planning on doing for Halloween? Leave a comment below or on our Twitter feed.