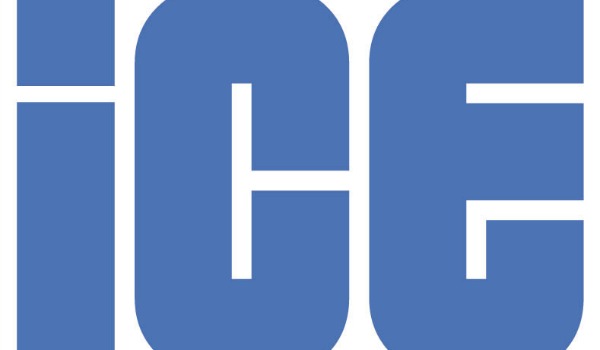 We here at A Place To Hang Your Cape do love a good convention. We love a great convention even more. But when you get an utterly awesome, sock-blowing-off convention… well, then you’ve struck gold! Our calendar often consist of trips up or down to the Big Smoke where a lot of the major comic-related events take place, but for the International Comic Expo 2016, otherwise known as ICE, I wended my way to a secluded high street tucked away in Birmingham earlier this month. Stepping into a TARDIS-like conference tower and ascending a tight flight of stairs, I was greeted by three floors bursting with comic book talent of all shapes and sizes.

One of the main reasons I was excited for ICE was the diversity in comic book alumni it promised, and sure enough, the event didn’t disappoint. ICE may well have been dwarfed by your average MCM con down in London, but the spirit was just as big, if not bigger. My favourite kind of cons are the ones that emphasise the creator, rather than the merchandise. Naturally, there’s nothing wrong with a con hosting the kind of creator who creates bespoke merchandise! My main gripe with cons in the past is stall after stall of action figures or models one could easily buy elsewhere. And where do all these stalls specialising in imported Japanese or American candy keep coming from? (Don’t you dare say Japan or America…).

Fortunately, ICE is all about the comics and those who create them. All three floors had varying amount of indie talent strutting their stuff and plugging their sequential creations to the wandering crowds. For someone like me, who thrills in supporting indie creators when and where I can, it was a pleasure to be amongst such a diverse array of titles waiting to be discovered. The only draw-back for me here was that I didn’t have nearly as much time to discover all these titles as I would have liked, but I certainly picked up some exciting little numbers for myself.

Steve Thompson‘s Street Fighting Woman caught my eye with its sprawling cover, which consists of two female wrestlers locked in battle. A noir-esque mystery thriller about a female London wrestler drawn into the world of body-guarding, and falls even deeper into a murder-filled adventure she shouldn’t have, Steve gave me a little bit of background on the comic, and how the old sport of female wrestlers in the 1920s intrigued him to write this comic. Needless to say, I HAD to get this comic in my collection! Available on Comixology, Steve also kindly let me have a gander at Street Fighting Woman Part 2, which is currently in the works.

I should also mention at this point that thanks to going to ICE, I hold the humbling honour of being the first ever buyer of The Last Sheriff‘s third issue! The third entry in Reckless Hero‘s ongoing futuristic, post-apocalyptic sci-fi western, the comic’s cover grabbed my attention, and a quick flick through the pages of #1 intrigued me deeply. Right from the first few pages, I got a genuine picture of the world that The Last Sheriff takes place in. The crisp artwork and compelling scenario made it feel like a very rich and lived-in world instantly, so that was another one to buy!

Other comic talent I caught up with included The Etherington Brothers, a writer/illustrator duo who specialise in producing all-ages comics with an Asterix-esque flair to the artwork. Mike Garley and Joshua Sherwell were also in attendance plugging their various hit titles, including The Kill Screen, The Samurai Slasher and PI Charles. I’d been meaning to add their various titles to my collection for quite sometime, especially after reading our various positive reviews of their work, which you can check out here and here. The Samurai Slasher in-particular made for an excellently entertaining read on the train ride home, even if I got a few odd looks from neighbouring passengers when they noticed me reading a comic about an ancient Japanese warrior decapitating sex-crazed, drug-taking teenagers.

Horror masters TPub Comics were right next door, and a chat with Neil Gibson revealed his admirable ambitions for taking TPub to 2000 AD levels of success. Already a publishing house awash with many a fine title to pick from, TPub are currently knees-deep in Theatrics, a comic that tells the story of a former actor in 1920s New York who suffers a horrific attack and tumbles into a life if depraved violence. The comic is available to read online here, with pages being released daily, and a Kickstarter coming soon, so watch this space!

In general, the three floors were spaciously decked out with creators displaying their work without feeling crammed into one area. Although the second floor was the hub for creators, they were spread out across the whole event, emphasising ICE’s mission in celebrating comics no matter their genre or audience. A day’s worth of panels involving creators from comics, film and TV were in full swing too, although I’m kicking myself for not dedicating more time to visit some of them. Star Wars alumni Gary Kurtz unveiled his new sci-fi comic/TV series The Chimeran. There was also a rather bizarre sounding panel celebrating the cult 1960s comic strip Goldtiger, which included erotic dancers and stories of murderous deeds.

One panel I did manage to grab was the launch of To The Death, and online comic series by legendary Marvel duo Simon Furman and Geoff Senior. Currently funding a one-off graphic novel on Kickstarter, To The Death is an immensely action driven, cinematic-styled comic that promises to please fans who’s wished to see this duo return to making comics. “I Hope You Drew Enough for Everyone” was one particular panel I’m particularly bummed I didn’t have time to see. The panel saw Heart of Time creator Sarah Millman, 2000 AD‘s Alex Worley, The Beano‘s Lew Striger, and Doctor Who team Rachael Scott and Robbie Morson got together to discuss the importance of all-ages comics and their place in the world. From what I know of ICE, this sounded like a panel that defines what ICE is all about, and it’s a great shame I didn’t allow myself the chance to check it out.

But I digress, because ICE had plenty more to offer con goers. I’ve mentioned how I love the kind of cons that celebrate the creator, and ICE nails that perfectly. But more than that, I love a con where one can simply stroll around the venue and savour what’s on offer. ICE’c compact location and clearly-mapped out content meant that I could do just that. As someone who lives and breaths indie comics, it was a real pleasure to see so many creators in full flow, plugging their work in a relaxed yet passionate environment where everyone there loves to loose themselves in a comic.

All in all, ICE was definitely one of the best cons I’ve been to, purely for the atmosphere and the sheer amount of heart it had for supporting independent talent from the world of comics. Given that ICE and A Place To Hang Your Cape share that mission, it’d be hard not to say good things about the con. However, the con’s execution and quality/diversity of creators there meant that this really was a comic convention armed with something for everyone.

Did you go to the International Comics Expo this year? What did you make of it? Let us know in the comments section below or send us a Tweet!