Home » 6 Reasons You Should Be Reading Papercuts and Inkstains 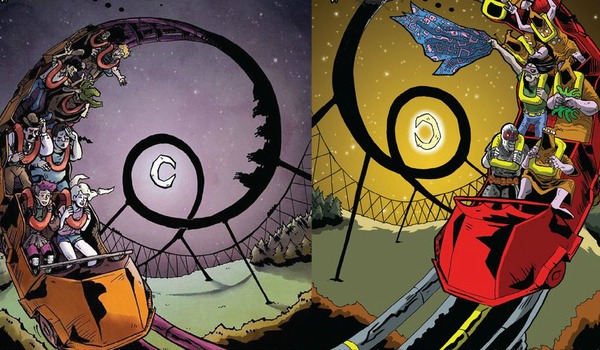 One of the definite hightlights of today’s indie comic scene is Madius Comics’ flagship anthology Papercuts and Inkstains. Something akin to 2000 AD with a Monty Python-esque twist, the comic has proven to be a hit with fans and critics alike, and because of A Place To Hang Your Cape being both parties, we’re some of the comic’s biggest fans. You can imagine our jumps for joy therefore when Madius Comics announced that a Kickstarter is forthcoming to fund a collected edition of Papercuts and Inkstains!

With 6 issues under its belt already, the Kickstarter will collect the entire run of Papercuts and Inkstains in one glorious volume – and it’s going to be produced in full-blown technicolor! In anticipation of the Kickstarter, let’s countdown 6 reasons why you should be a fan of this wonderfully badass comic. 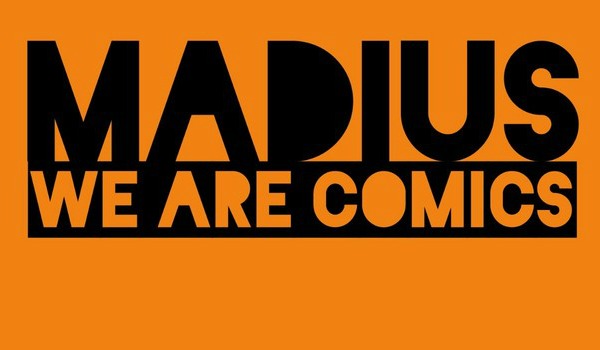 Let’s be honest, though we love the numerous books produced by juggernauts like Marvel, DC, Dark Horse etc… such companies are already doing just fine as staples of the comic industry. While the existence of any comic company is dependent on selling books, the aforementioned groups will probably manage if you spend one NCBD looking elsewhere for great books. It’s important to remember that other comic outlets don’t have the luxury of being owned by Disney or aren’t comfortably getting funds from massive annual blockbusters. Indie shops like Madius Comics create genuinely quality comics and are far more dependent on individual readers than the big-wigs. There’s a ton of quality content being created for avid readers and, though the name may be less known, there’s no reason not to support any form of good storytelling. 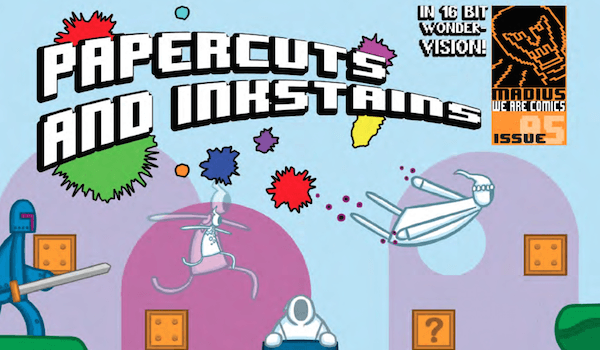 Listen, I realize that the first thing most of us are taught as children is to not judge a book by its cover. But if it’s a really cool cover… I think it’s fine to judge away. As the only part of the first 6 issues (7 if you take into account the two-parter that was Issue #3) in color, the covers of Papercuts and Inkstains are the perfect visual introduction to the series as a whole. Each cover encapsulates the contents of its respective issue, and excels at making it clear to readers what can be expected when turning the pages.

Profits of Doom, Issue 3B

In my opinion, the best anthologies are those that have some sort of consistency that links the contents together. Though not each story requires the same theme, genre, or overarching tone, there should be something within each that makes it feel as though there’s a reason each is paired together. While there are some genuinely horrific stories within the pages of Papercuts and Inkstains (I’ve lost count of how many people or things have been crossed-off over the 6 issues) what ties the series together is the pure humor that radiates from each individual story. 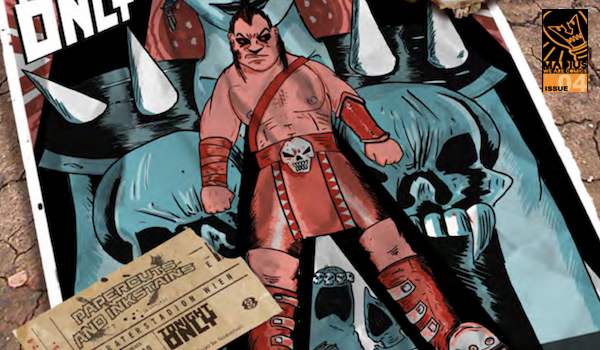 2. The Profits of Doom 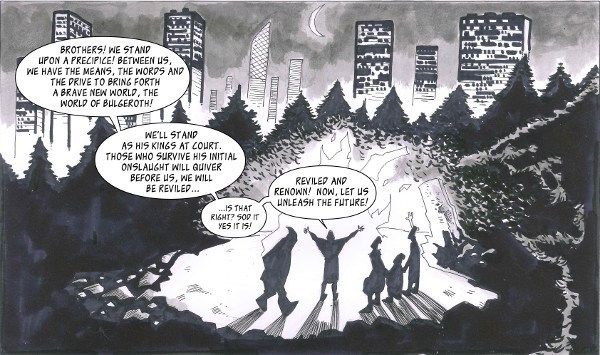 While all of the stories scattered within the 6 issues of Papercuts and Inkstains are solid, the breakout of the series is one of the few that is continuous throughout. “Profits of Doom,” could easily transition from its anthology setting into a full-blown series, focusing on a band of idiots whose version of a mid-life crisis comes in the form of bringing about the literal apocalypse. I doubt I’m the only person who’s read the entirety of the thus-produced Papercuts and Inkstains and considers, “Profits of Doom,” to be the series’ crowning jewel. With the ever-present dark humor that is abundant in each issue, “Profits of Doom,” is a wonderful read that never disappoints. 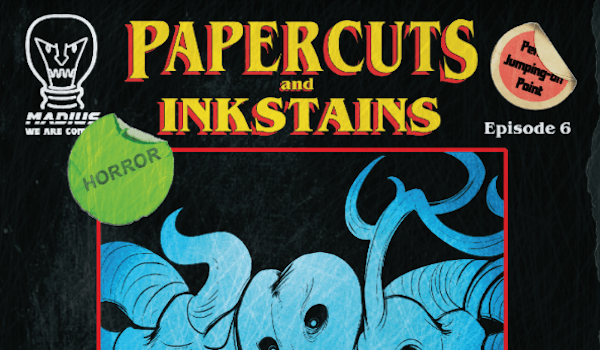 As a comic anthology, what’s best about Papercuts and Inkstains is the fact that there’s a little something for everyone. While serials are certainly fun, and clearly have devoted fans no matter the character, each Papercuts and Inkstains offers readers a slew of new characters and stories. Additionally, there is an open-door policy where genres are concerned. An amalgam of horror, sci-fi, mystery, and comedy, Papercuts and Inkstsaints continuously succeeds at producing bite-sized stories that manage to interest and intrigue without becoming tedious.

Be sure to head on over to Kickstarter to support the massive all-color edition of Papercuts and Inkstains! And while you’re at it, head over to the Madius shop to get your hands on the original books and follow the gang on Twitter for any updates!